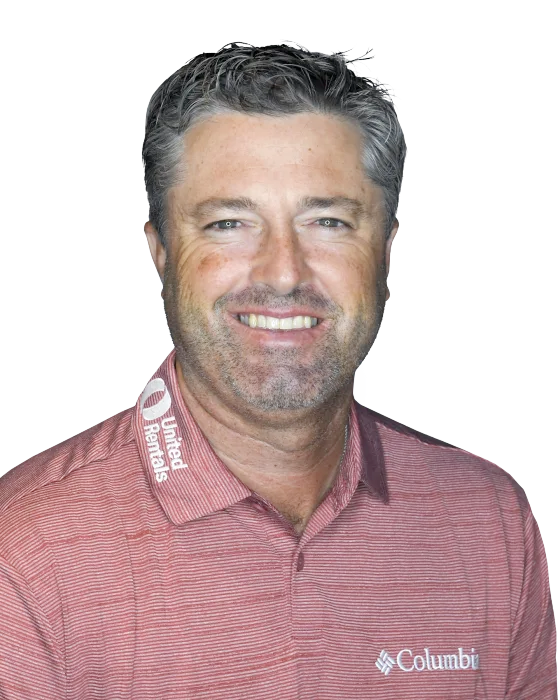 Ryan Palmer has four PGA Tour wins spread out over 15 years. Most recently, he won the 2019 Zurich Classic of New Orleans in a pairs event with John Rahm. He last won individually at the 2010 Sony Open. His other two wins came at the 2008 Ginn sur Mer Classic where wet and windy conditions made the course play tough all week and the 2004 Funai Classic which was his first year on the PGA Tour.

Ryan has been through an awful lot in recent years. At the end of 2015, he tragically lost his father in a car accident and the following year his wife underwent chemotherapy treatment to treat stage 2 breast cancer, missing a large portion of the 2016-17 season. This meant he began the 2017-18 season on a medical extension under the family crisis provision and took full advantage with a 2nd place at Farmers Insurance Open on the way to regaining his tour card.

Since 2018 he has been very consistent with fourteen Top-10’s between 2018 and 2020 in addition to his team win at the Zurich Classic.

January 2021
Began the final round of the Farmers Insurance Open 3 shots behind Patrick Reed. Shot 70 to finish in 2nd, 5 shots behind Reed. An average effort.

January 2021
Began the final round of the 2021 Tournament of Champions joint leader with Harris English. Shot 71 to finish 2 shots behind English and Niemann who shot 69 and 64. It was a nervy performance, he was +2 through 11 holes while Niemann was -7 through 11.

July 2020
Trailed by 4 shots (in 2nd place) going into the final round of the Memorial Tournament. Shot 74 to finish 3 shots behind Jon Rahm who shot 75.

June 2020
Began the final round in four-way tie for the lead at the RBC Heritage. Shot 69 to finish 8th and 5 shots behind Webb Simpson. It was a poor performance and he didn't look comfortable.

January 2020
Finished 4th at the Sony Open after starting the final round 5 shots behind Brenden Steele. Shot 68 to finish 2 strokes shy of the winning score.

May 2019
Along with John Rahm, Ryan won the Zurich Classic of New Orleans team event having led after 36 holes and co-led after 54 holes.

January 2018
At the Farmers Insurance Open, he held a 2-shot lead after 36 holes and finished 73-72 including having to birdie the last hole to make a playoff. Lost out to Jason Day who played the weekend in 4 shots less.

Summary
As mentioned in the trends section, Ryan is dangerous coming from off the pace and it is preferable to back him in this scenario rather than when holding a lead. His Golf betting Club Pressure Performance Rating is set at 1 star.

Fast Finisher
3 out of 5 of Palmers last Top-5 finishes have come after a final round charge. He was 1st for Round 4 scoring average - 4th place at the 2019 Honda Classic was thanks to a best of the week 63. 3rd at the 2018 CJ Cup@Nine Bridges was due to a best of the day 62 and 5th at 2018 Northern Trust he closed with a final round 65 – 2nd best round of the day. Palmer can be backed in R4 two balls or each way bets when off the pace.

Wind Expert
Being from Texas, Ryan is comfortable in the wind and also has history performing well in wet conditions.

The major Palmer is most likely to contend is the Open Championship as he is a strong wind player.

Palmer has lost all three PGA Tour playoffs. Most recently he was eliminated after the first hole of the three-man playoff at the 2018 Farmers Insurance Open, won by Jason Day.

In 2014, he ended up in a four-way playoff with Russell Knox, Russell Henley and 2012 Honda Classic champion Rory McIlroy. When Henley converted for birdie on the first extra hole, No. 18, settled for the T2 with Knox and McIlroy. It was his seventh career, runner-up finish.  Ryan's first playoff defeat was at the 2011 Byron Nelson Classic where he lost to Keegan Bradley on the first extra hole with a bogey.

Due to Palmer’s previous playoff experiences he can be opposed in future playoffs.

RBC Heritage, 2020
​Q. When you look back on your wins over your career, is there one thing that you can kind of take from those that you can kind of say, okay, this is what I need to do tomorrow, kind of a mental image that can help you?
RYAN PALMER: I don't know about my wins, but a lot of my top three, top fives I've had in the past, I've always been up at the top. So I know I can play up there for Sunday's round. That's what I've taken from it.

It's hard to look back on Zurich because it was a team format, but I led wire to wire when I won Sony in 2010. I can definitely look back on that. I mean, it was a few years ago, but I've been up towards the top a lot and I've played well, just haven't come through a lot of times. So I can take that knowing I've been there, and I know what my game is doing now, and that's huge.

Sony Open, 2020
Q. One swing doesn't take away from the week as a whole.
RYAN PALMER: No, not at all. It's the way the game is played. You're going to have things like that happen. Yeah, love to have it back, but at the end of the day I'm going to leave and enjoy and look back on this week and be proud of the way I played, the way I fought with these weather conditions. Shot in the 60s every day and gave myself a chance to win, and that's all I can ask for.

John Deere Classic, 2019
Q. Good day for Ryan Palmer, a 65 after you took about four weeks after, had a nice family vacation. How did that play an impact in this opening round?
RYAN PALMER: You know, it was obviously stress free today it felt like, being off for four weeks, traveling the world a little bit. It was fun. I just came into the week wanting to get my game back going for next week, obviously, but this golf course sets up good tee to green for me

Charles Schwab Challenge, 2019
Q. Another top 10 finish in the Charles Schwab Challenge, your home club. I think it's a great week for you. How do you look at it?
RYAN PALMER: You know, it was. Tying for sixth I think is always a great week on the PGA for sure. In my mind I didn't think I hit the ball as well as I could have, but my short game was great this week. After last week the way I played to come out and play the way I did, I'm very pleased that. You know, the want to win so bad. All the members here, so there is so probably a little more pressure I put on myself to win.

Zurich Classic of New Orleans, 2019
Q. Ryan, 2010 Sony was obviously your previous win; were there ever times in those nine years that you wondered if you were ever going to get back to this stage, maybe a couple years ago when things were a little tough?
RYAN PALMER: You know, I always felt I could win again. Just so many things have to go right that week to win, and you've got to have luck on your side throughout the week, obviously, and a great game. I've had a lot of chances since then, a lot of second-place finishes, a lot of third- or fourth-place finishes, and just never could get over that hump. One round kind of kept me out of it each time. But I just kept believing in what I was doing. I knew my game was good enough. I mean, I'm pretty proud that I've been out here for nine years since then still. Even though I haven't won, I've battled each and every year, and I've played consistent golf. You never know when that next win is going to come.

Q. And I did want to go back to 2017. Can you talk about the importance of changing your putting grip?
RYAN PALMER: Randy Smith, he put the Flat Cat grip on my putter and said, let's just try it, I think this could be the key. I went to it a year and a half ago in the off-season, and I've been with it ever since, same putter, Flat Cat grip, and it's turned my game around. I think I'm top 50 in strokes gained putting as opposed to 195 last year, which I didn't know there was 195 players out here. I'm getting stronger and stronger with it every day it feels like.

The Honda Classic, 2019
Q. You've had a lot of success in Florida. What is it about playing here?
RYAN PALMER: I don't know. The heat, I guess. I don't know. It's the sunshine state, I guess. But I can't pinpoint one thing why I've played well in Florida.