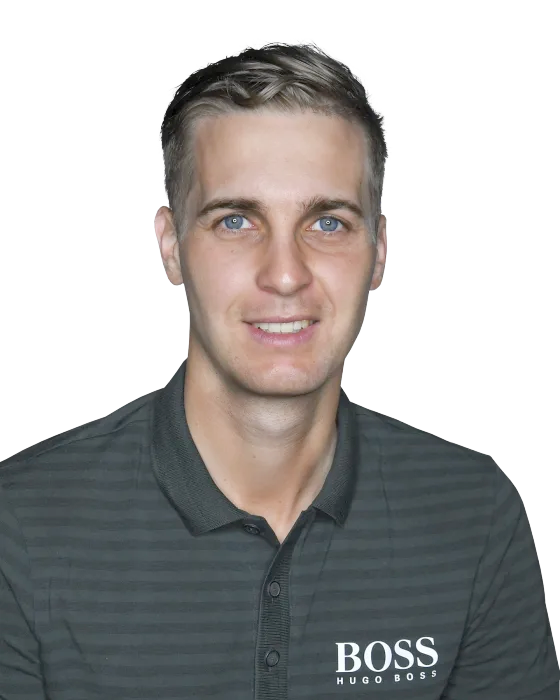 Matthias turned pro in 2017 at the Lyoness Open in Austria.  He had a sterling amateur career and reached the final of the 2012 Amateur Championship at Royal Troon (he ultimately lost).  Matthias went to university in the USA and played several events there as an amateur so he will be comfortable playing in any events there as his career progresses.

Matthias ranked inside the top 5 for fewest average bogeys per round in both 2018 and 2019 so he definitely favours trickier conditions.

November 2019
Schwab led through 54 holes at the Turkish Airlines Open and he made a solid start birdieing two of the first four holes and traded below 1.5 on Betfair.  However, he couldn't keep the pedal down for the next 14 holes playing them in level par and after failing to birdie the par5 18th hole for the first time that week a playoff ensued which he would ultimately lose.

June 2019
Matthias was 1 shot behind after round three at the BMW international Open and finished with a 71 (2nd worst score in the top 13) to drop back to 3rd.

Summary
His Golf Betting Club Pressure Performance Rating is set at 2 stars on the basis of his record to date.  However, we expect this rating to change as Matthias becomes accustomed to the pressure and learns how to win.  His first win is likely to come from of the pace rather than leading though.

Mountain Goat
Matthias recorded a T8 finish at Crans-Montana in the Omega European Masters in 2019 and we should keep an eye out for him in this event as he says “it reminds him of home,” having grown up in the mountains.  His hometown is 1900m above sea level (Crans being only 900m above sea level by comparison) so Matthias is well used to courses with altitude differences.  This was further evidenced by his 3rd place finish at the 2020 Barracuda Championship on the PGA Tour, an event played at Tahoe Mountain Club which is 6,000ft above sea level.

Wind Expert
Unsurprisingly for a player who finished second in the Amateur Championship, Matthias considers himself to be a good player in the wind commenting previously, “I think I usually play pretty okay on courses that are tough,” Schwab said. “I guess that suits me and I guess I’m a good wind player, too. I really just want to do my own thing and see what comes out.”
This is backed up by his results where he has scored Top 10s at wind exposed events like the Made in Denmark in 2019.

Favourite Tournament
The common theme of Matthias's success to date is that the events are familiar to Matthias in some way or other.  A significant number of Matthias’s best results have come in countries close to his Austrian home (two top 9 finishes in D+D Czech Masters, three top 7 results in Germany (Porsche Open and BMW International) and a top 4 in Italy).

Matthias is quoted in a European Tour interview as saying he used to visit Turkey on training camps with the Austrian national junior squad so he has played quite a lot of golf in Turkey.  Matthias has had good finishes in Turkey to date so we should keep an eye on him in Turkey.

Assuming Matthias remains on his upward trajectory he will be one to watch when The Open returns to Royal Troon in future years due to his positive mental associations with the venue.

WGC's
Finished 4th at HSBC Champions in 2019 and will enjoy a return there if he makes it.

Matthias has only been in one playoff to date and it was a six man playoff at the Turkish Airline Open in 2019.  Matthias performed well for the first three playoff holes and made it through to the fourth playoff hole where he faced Tyrrell Hatton.  However, he missed a 4ft par putt and handed Hatton the title.