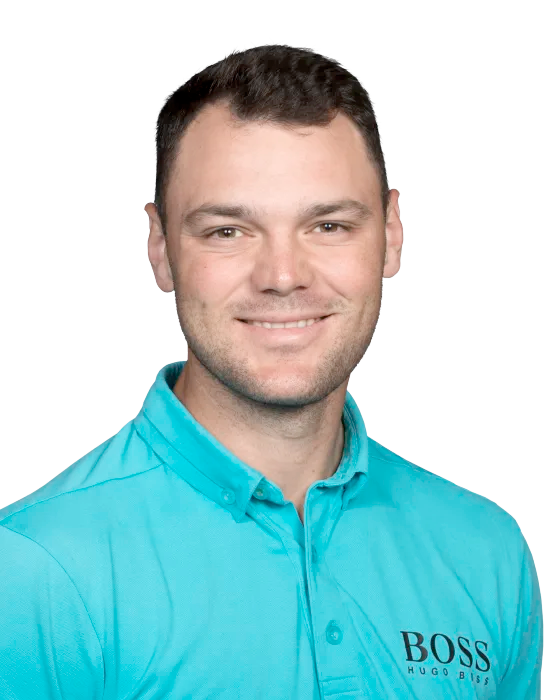 Martin is a US PGA and US Open Champion, in addition to multiple European and PGA Tour titles. However, he hasn't won anywhere in the world since his 2014 US Open Victory and fell to 172nd in the world in 2018.

Best of his accolades - aside from his majors - are Sir Henry Cotton Rookie of the Year in 2007 and becoming world number 1 in 2011.

He is on the road to recovery now though, ending 2020 in 81st in the world rankings following some near misses after lockdown. Top 5s in England, Spain and Italy show he isn't too far off a return to the winners circle and he may have a strong 2021 where he will be aiming to get back in the world's top 50.

April 2021
Held the joint lead with 18 holes to go at the Austrian Open.  Bogeys at the scoreable opening three holes in the final round ended his chances.  Very disappointing.

September 2020
Began final round of Andalucia Masters 2 shots behind John Catlin. Shot 74 to lose to Catlin by 1 shot.

August 2020
Started 2 shots behind Justin Walters at the UK Championship, shot 69 to lose to Rasmus Hojgaard by 1 shot (Hojgaard shot 65). He held a one shot lead with two holes to play, but a bogey on the par-5 17th at The Belfry, cost him a place in a playoff.

June 2019
Took a two stroke advantage after 54 holes at The Memorial. He soon doubled that during the early part of the final round, but faltered on the back nine, including finding the water on the 15th at Muirfield Village. Kaymer had to settle for a third-place finish, as Patrick Cantlay stormed through to take the title.

January 2015
Held to a six-shot lead after three rounds at the Abu Dhabi Championship. This extended to a ten-shot lead after five holes in the final round. Kaymer found trouble in the bunkers, resulting in a round of 75 and a fall to third place behind Frenchman Gary Stal.

Summary
Since that collapse in Abu Dhabi 2015, Martin has lost all confidence in contention. For this reason, we have set his GBC Pressure Performance Rating to 2 stars for the time being.

Stays Hot
Best recent results have come in bursts. In 2020, best two performances of season were back to back - 3rd at UK Championship then 2nd at Andulucia Masters.

Major's
Martin won the 2010 PGA Championship then followed it with the 2014 US Open, which remains his last victory anywhere. He has not had a major top 10 since 2016. Martin will probably need to get back in the winners circle before he can be a considered a big threat to win another major.

WGC's
He has not played a WGC since 2017 or made a top 10 since 2014 in WGC's. He previously won the WGC - HSBC Champions in 2011 and he has the talent to win another one day, but again first he needs a regular tour win.

Most recently in 2015 where he lost to Rikard Karlberg at the Italian Open. US PGA Championship win in 2010 was result of a three-man playoff victory.

Golf in Dubai Championship 2020
"Once you have early success in your career on the golf course or in an area it's very difficult not to like it. Especially in Abu Dhabi, that was the first win of my career. I just really enjoy this part of the world".

Italian Open 2020
“It’s a country that I really like to come to. The people, I like to spend time with then, eat their food. It’s a place that I would like to win one day in my career, absolutely. I’m very close (to a win) right now."