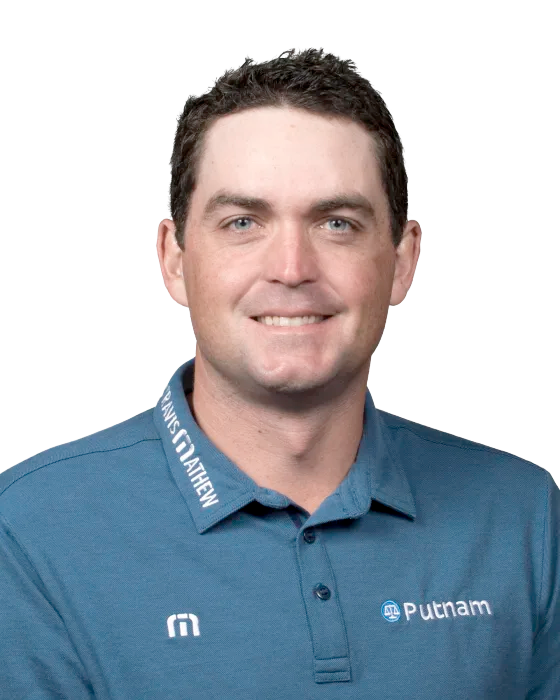 In 2011, on his rookie year on Tour, Bradley won the Byron Nelson and the US PGA Championship, joining an exclusive club of players to win in their first Major championship start. However, he failed to win from mid-2012 to late 2018, before returning to the winner’s circle at the BMW Championship.

Keegan has struggled to hit his previous heights in recent years, with only three top 10 finishes across 2019 and 2020. He undoubtedly has the ball striking ability to contend in events where scoring is tougher but he needs the putter to co-operate.

Keegan and his wife had another baby in January 2021. It will be interesting to see how this affects Keegan's play in 2021.

March 2021
Began the final round of the Arnold Palmer Invitational 2 shots behind Lee Westwood. Shot 78 in tough conditions to finish 8 shots behind DeChambeau, another really dissapointing effort.

October 2020
Keegan held a two shot lead at the Sanderson Farms Championship at the halfway stage. Shot a really poor 73 in round three to slip back.

February 2020
Bradley held a share of the 18-hole lead at the Farmers Insurance Open before going onto finishing 16th. He has led after 18 holes seven times on tour and never went on to win.

June 2019
Keegan posted his best finish of 2019 at the Travelers Championship finishing 2nd to Chez Reavie. He entered the final round 6 shots behind however cut the deficit to 1 shot through 16 holes before making double bogey at 17 to lose by 4 shots.

September 2019
Most recent victory at the BMW Championship came after a final round charge, shooting 64 to come from 3 shots behind Justin Rose to force a playoff.

August 2012
Won the WGC-Bridgestone Invitational shooting a 64 to make up a 4 shot deficit after 54 holes.

May 2011
He won the Byron Nelson Classic coming from 4 strokes behind after 54 holes. Likewise, he started the final round 1 shot back to win the PGA Championship.

Summary
All of Bradley’s victories to date have come from behind. Back against him if he is leading after 18 holes as he usually struggles to maintain it for four rounds. His Golf Betting Club Pressure Performance Rating is set at 2 stars.

Unpredictable
Bradley’s recent big finishes usually follow a mediocre week. His 4th at the Sanderson Farms Championship in 2020 followed two missed cuts and his 2nd at the 2019 Travellers followed a MC. Victory at the 2018 BMW came after a 49th and his 4th at the Canadian followed a 79th place finish. In fact, none of his Top-10 finishes in the last three years followed an effort better than 39th the week beforehand, so don’t be put off backing Keegan if he is not bang in form but the course suits.

Major's
Keegan won his first ever Major, the 2011 PGA Championship. He then defended his title in 2012 with a 3rd place finish. He only missed two cuts in ten appearances during 2011-2020 so this is clearly Keegan’s favourite major.

He has one other Top-10 major performance at the 2104 U.S. Open, finishing 4th. He has three Top-20 finishes at the Open Championship but with no Top-10’s in majors since 2014, skip backing Bradley in the outright markets for the time being.

WGC's
Bradley has an excellent WGC record. At the FedEx St. Jude Invitational, he recorded a 1st, 2nd and 4th between 2012-2014. He also has three Top-10’s at the Mexico Championship, most recently in 2019. He has a poor record at the WGC Match Play, so stick to those two events if backing him in a WGC.

3-1. Bradley has a strong playoff record. Most recently defeated Justin Rose at the 2018 BMW Championship, making a par on the 1st extra hole to win.

Lost a three-man playoff to Bill Haas in 2012 at the Northern Trust Open. In 2011, he beat Jason Dufner in a three-hole aggregate playoff to win the PGA Championship and defeated Ryan Palmer at the Byron Nelson on the 1st playoff hole with a par.

Bradley can be backed in a playoff.

Sports Illustrated Interview, September 2019
“For me, it’s always about the putter. When I can get the putter going, I know I’ll be up at the top of leaderboards. It’s been inconsistent. I’m trying to get it more consistent.”

“Now, I go back home, and I’ve got an incredible son. The whole thing gives you perspective. Having a bad round or missing a cut used to bother me for days. Now I see my family and it helps me lose that feeling very quickly.”