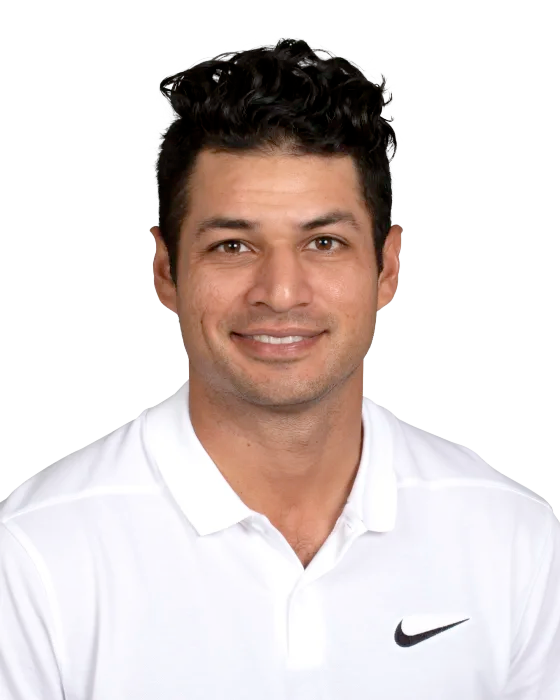 Julian is one of a number of American golfers in recent times who chose to begin their career over in Europe. That decision paid off handsomely as he won twice in 2017 (once on the Challenge Tour and once on the European Tour) and reached a career low of 62nd in the Official World Golf Rankings. However, he has been plagued by injury in recent times. He withdrew from the Open de France in October 2019 and didn't return until golf resumed in July 2020 after the hiatus for coronavirus.

He turns 30 in April 2021 so we should look out for Julian this coming season with that landmark birthday.

Julian treats The Players Championship as a 5th Major after growing up nearby in Florida so he will be particularly keen to get into the Official World Golf Ranking Top 50 to qualify for that. Julian also practices out of TPC Sawgrass (home of The Players) so if he does make it, it will be a local game for him.

Julian won his 1st event on the Challenge Tour after leading through 54 holes but struggled badly the last time he held a 54 hole lead at the Hero Indian Open in 2019 where he shot a final round 77. This can probably be attributed to a touch of contention rust as it was only his second week back from his 5 month layoff. Indeed, it proved to be a quadruple bogey on the 14th hole in the final round which was ultimately his undoing as he missed out by 3 to Stephen Gallacher. Julian also bogeyed the final hole at the 2018 Open de France when a par would have got him into a playoff. The final hole at Le Golf National is particularly difficult so a bogey is no disgrace but a par nonetheless would have got him a playoff.

Julian’s second win came from off the pace as he shot a weekend 65-64 so he has proven that he can go low on the weekend to win.

Given that Julian will be suffering from significant contention rust when in the mix again next, his Golf Betting Club Pressure Performance Rating is set to 2 stars.

Julian missed such a long period of golf that we note no recent trends. However, in years gone by, Julian has won events after having a 3 week break and has also won after playing the week before so he can win when fresh as well as when tournament sharp.

Julian performed well in low scoring events during his breakout year in 2017 but in both 2018 and 2019 his best finishes were in events where scoring was higher and there were at least two rounds in the 70s. He's probably best suited to courses that demand an element of grind but don't discount him entirely on lower scoring tracks.

Major's
Julian has limited experience of playing the Majors, he is yet to play in The Masters or the US Open. However, he has twice played in The Open Championship and the US PGA Championship, recording a missed cut and top-30 in each tournament.

Julian is on record as saying he "loved Carnoustie" prior to recording a top 30 finish there and it's no surprise given he tends to thrive on difficult tracks.

WGC's
Some way of Qualifying.

Julian has yet to be involved in a playoff.

Trophee Hassan II, 2019
Q. Disappointing but still positive on the comeback trail?
JULIAN SURI: Yeah, absolutely. To have four under par rounds is something I didn't have in India, and you know, on a course like this where it demands so much from me tee-to-green and on the greens, definitely huge steps forward, and for me to be bogey-free in the final round to maintain that sort of composure is definitely something first for this year, so it's definitely a trend I'd like to keep going forward.

French Open 2018
Q. Probably difficult to explain your emotions, that final hole has really cost you here but just sum up the final round for us.
JULIAN SURI: Yeah, I just kind of through away the tournament there with that second shot but to be honest, I was kind of losing my swing the last probably six holes or so, and to gut it out and only be 2-over on those last five, you know, I guess I can come away with that knowing I can grind it out.

Compared to the way I hit it yesterday, today wasn't up to par and I kind of just scored a lot better. The wind was down. Overall, it was a positive week. It's a tough course but it stings pretty good right now.