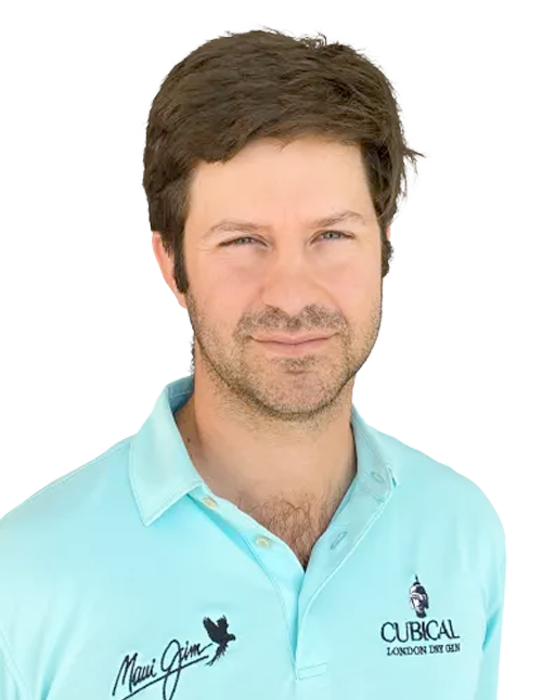 After eight second place finishes (6 on the European Tour and 2 on the Challenge Tour) in over 250 starts, Jorge recorded his first win as a professional in 2019 at the Trophee Hassan II in Morocco. Jorge clearly enjoyed his win and appeared to lose focus for the remainder of 2019 as prior to his win he only missed 1 cut in 10 starts yet racked up a further 8 missed cuts in his 14 subsequent starts after the win!

After waiting 264 events for his first win, Jorge needed only 23 more to notch his second win at the 2020 Commercial Bank Qatar Masters. He dropped in consistency in 2021 but still managed a 2nd and 3rd place finish. A dangerous European Tour player on his day.

Jorge made big changes at the start of the 2020 season, changing his caddie after eight years and also his clubs. He signed a contract with Callaway in January 2020 to play their clubs on Tour. As is often the way when players change equipment manufacturers, Jorge had an extremely poor start to the season with his new clubs but out of nowhere recorded his win in Qatar.

Jorge got married in December 2019.

Summary
Jorge sometimes lacks the necessary killer touch to convert chances. His Golf Betting Club Pressure Performance Rating is set at ⭐⭐​ on the basis of his record to date.

March 2022
❌Began the final round of the Kenya Open 3 behind the leader and shot 72 to finish 8 shots back.

October 2021
➖ Began the final round of the mallorca Golf Open two shots behind Jeff Winther. Shot 69 to finish one behind Winther

June 2021
➖ Began the final round of the BMW International Open three shots behind Viktor Hovland and shot 71 to finish four shots back.

November 2020
✅ Finished 3rd in the final round of the Cyprus Showdown where the last 16 all started at level par.

March 2020
✅ Jorge also showed nerves of sorts for his latest win at the Qatar Masters. He was two shots ahead with two to play but double bogeyed the 17th. Admirably, he parred the 18th before performing heroically in a 5 hole playoff against David Drysdale.

April 2019
✅ Jorge did show some nerves when winning in Morocco when starting with 2 bogeys in the first 3 holes and it looked like he was going to add to his 8 runners up finishes. However, he steadied the ship mid round before badly pulling his drive on the 18th and being fortunate to finish in a bunker from which he made par.

March 2019
✅ Jorge shot the lowest score of the day (67) at the Indian Open but was beaten by Stephen Gallacher birdieing 3 of the last 4 holes. Jorge did fail to birdie the par 5 18th after a great drive though.

March 2019
✅ Jorge trailed by 3 going into the final round of the Qatar Masters, the same as eventual winner Justin Harding. Jorge shot the 6th lowest score of the day (68) and was only beaten by Harding’s 66

March 2019
✅ Jorge shot the joint lowest final round of the day at the Oman Open but trailed by 5 going into the final day and lost out by 1 to Kurt Kitayama birdieing the 16th and 17th holes.

February 2018
✅ Joint leader going into final round but beaten by a superb final round 62 from Shubhankar Sharma. Jorge shot the 8th best score of the day (68) in tricky windy conditions.

Stays Hot
Jorge can get on a hot streak and he actually recorded the European Tour’s first 59 in December 2013 at the Nelson Mandela Championship but was denied his place in the record books as preferred lies were used that day. Jorge’s win in Morocco also came in the middle of a remarkable run of form which included 5 top 3 finishes in 6 starts (the other finish was 20th!).

Wind Expert
Jorge has a particularly strong record when conditions are firm and breezy.

Unpredictable
Jorge won in Qatar in 2020 following a MC and wasn't in particularly strong form for his two top 5's in 2021.

Events to back Campillo

Favourite Tournaments
Jorge tends to record good results in certain tournaments, even where different courses are used, and it could be a case of positive mental associations with events bring out the best in him. Examples of this are the Volvo China Open where his form reads 3-3-9 (latest result first) between 2019 - 2017 and the Oman Open where he finished 2nd and 4th in 2019 and 2018.

1-0. Jorge showed with his playoff win in Qatar that he is a man who relishes the match play format of a playoff (incidentally he also has a credible record in match play tournaments). He can be trusted in a playoff.

2021 Mallorca Golf Open
"I like playing in the wind, I don't like the rain, but it didn't rain, so it was perfect."

September 2020, European Tour Blog
"It was tough to go straight to a Major without any competition rounds under my belt. I played awful, but I think that was just that the pressure of the Majors got to me because I’ve never performed well in them."

"I'm excited to be back in Valderrama.......it’s somewhere I feel comfortable and I’ve played well here before."

"I think winning has changed my mind-set. Before I won in Morocco, I had thought maybe I could win one tournament, but as soon as I got that second victory in Qatar I was ready to go to India and try for a third. It’s tough to win, but hopefully I can win more."

Q. What was your approach last night heading into this final round?
JORGE CAMPILLO: I have a good sleep. You know, I was concerned about the Spanish elections, so that kept my mind busy. I was thinking about that. I didn't think much about playing golf. So when I got to the golf course, I was a little nervous, but I was calm. I feel strong for some reason, and I don't know, I think I don't know why, but I feel -- I was feeling strong coming the last few holes. So I wasn't nervous at all.

Q. Was there any one of the near misses that hurt particularly, which might have motivated you?
JORGE CAMPILLO: Maybe, I don't know, way too many second places. Maybe Malaysia last year was really close. Qatar, actually, this year, I was two off the lead, but I feel like we make some mistakes coming in. I wasn't able to win the tournament. That got me to try harder next time. I think Qatar was the breaking point for me to win the next golf tournament.

Q. It's surprising to have a win not that far from Spain, and just some water between Morocco and Spain. Do you feel at home here?
JORGE CAMPILLO: Yeah, I say before, I feel almost like home. It's, as you say, it's just a few kilometres away from home. The weather is similar. The golf course is great. I love coming here to Morocco. I think it's a great venue and a great golf tournament, so it just feels like home.