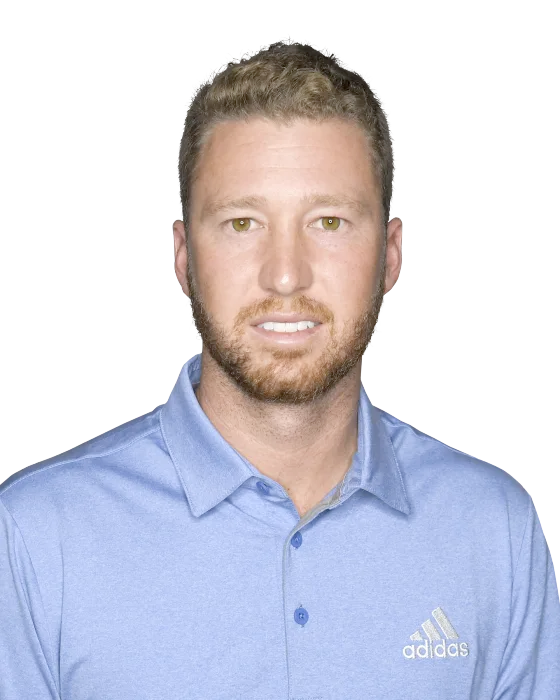 Daniel is a four time winner on the PGA Tour and was the PGA Tour Rookie of the year in 2015. He struggled for form in 2018 and 2019, recording only two top 10 finishes in total over the two years. This was largely caused by a niggling injury to his right index finger which rendered him unable to practice fully and caused him to miss a chunk of the 2018 season. Considering his favourite quote is listed on the PGA Tour website as, "winning means you're willing to go longer, work harder and give more than anyone else," not being able to practice was a significant hindrance.

Daniel is fully fit again and the early events of 2020 saw him post three top 10s in five starts. Prior to the break for Coronavirus he said he was "hitting the ball way better than I have in a long time" and he quickly backed that up when golf resumed with an immediate win at the Charles Schwab Challenge.

Another win at the 2021 Pebble Beach Pro-am cemented his return and he finished the year in the world's top 20.

Daniel's form in 2020 improved significantly since ending his contract with Callaway at the end of 2019 and returning to play the Taylor Made irons he used in high school and earlier in his career. Interestingly, he has been buying up old sets of the irons on ebay as they are no longer in production!

Daniel began working with coach Cam McCormick in summer 2019 and credits him for improving his short game.

Summary
Daniel has won whilst leading after 54 holes and from behind but has shown some frailties recently. His Golf Betting Club Pressure Performance Rating is set to ⭐⭐​⭐ for regular PGA Tour events.

February 2022
❌Began the final round of the 2022 Honda Classic 5 shots ahead of the chasing pack. Shot 74 (including two chip ins) to finish 3 shots behind winner Sepp Straka, really poor performance.

February 2021
✅Came from two shots back at the AT&T Pebble Beach Pro Am to win by two shots.  Capped a strong perfromance with a stunning eagle at the last.

January 2021
❌Began the final round of the 2021 Tournament of Champions 3 shots behind leaders English and Palmer. Shot 72 to finish 6 shots behind English and Niemann who shot 69 and 64. It was a poor effort.

June 2020
✅Began the final round 1 shot behind a four-way tie for the lead at the RBC Heritage. Shot 65 to lose out to finish 3rd behind Webb Simpson by 2 shots after Webb birdied 5 of his last 7 holes. Another impressive final round performance.

June 2020
✅Daniel began the final round at the Charles Schwab Challenge 2 shots back. Displayed real bottle when he birdied the 72nd hole to force a playoff and was solid in the resulting playoff.

March 2020
➖Began the final round of the Honda Classic 3 shots behind Tommy Fleetwood. Shot 69 to finish in 4th place, 3 shots back of Sungjae Im who shot 66.

June 2018
❌He did struggle when holding the joint 54 hole lead at the US Open as he went on to shoot a final round 73 and drop down to 6th. Daniel said in the aftermath that he thought he played really well and just couldn't get the putts to drop so he will hopefully learn from this experience.

June 2017
✅Daniel was 3 shots back at the Travelers Championship before birdieing three of the last 6 holes to force a playoff.

Goes best when fresh
Daniel generally posts his best finishes after a few weeks off. His 2020 win at the Charles Schwab was the first event after golf paused for coronavirus. His best finish in 2019 (2nd place at the Puerto Rico Open) came after a 2 week break. His 2017 win also came after a three week break. Finally, he had seven top 10 finishes in 2020 and five of them came after at least a week off. Two of his three top 5's in 2021 were after 3 weeks off or more.

Time of the year
Three of Daniel's four wins have come in the month of June. He also held the 54 hole lead at the US Open in June 2018. Keep Daniel in mind in June!

Favours mid-scoring events
Daniel is on record saying he thinks he suits courses which are won around the 10-14 under par mark. Look to back Daniel at these sort of events

Events to back Berger

Tournament of Champions
Daniel has never finished worse than 12th here and plays extremely well after a break.

US Open
Daniel has two top 10's and generally plays very well in June. He plays well on tougher courses and has the all round game to win a US Open.

"I played the best I've played in the majors. Didn't play great at Augusta, didn't play that great at the PGA, but Open Championship and U.S. Open I had a couple top 10s and that for me was big to build some momentum and know that I'm capable of playing the best golf on the biggest stages, and I feel like I've got a great game plan going into next year."

2021 Sony Open
"I think my game probably doesn't necessarily suit this style of play (shootout). I think I'm more in that ten to 14-under range. That's kind of the courses that I really competed on and played well at. You look at Memphis, Colonial, another tough course. But I've gotten better the last year or two and being able it take those rounds, instead of shooting 2- or 3-under, I can get 5- or 6-under out of it."

2020 RBC Heritage
"Yeah, he's been incredible for my short game, my putting. I think he's really given me a new perspective on how to hit shots around the greens. I was kind of one-dimensional in the past."