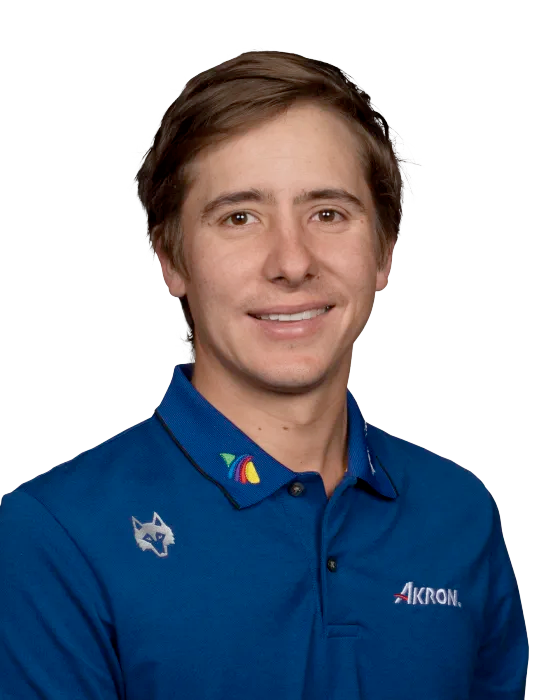 Carlos achieved the unusual feat of winning three times in 2014 on the web.com Tour (now the Korn Ferry Tour) to secure promotion to the PGA Tour.  He struggled in 2015 and 2016 to compete on the biggest stage, failing to record a single top 10 finish in either season.  He's bounced back well however, graduating back to the PGA Tour in 2019, posting three top 5 finishes at the end of 2019 to leap within the world's top 150.  It should be noted that Carlos became a father to a baby girl in Spring 2018 so its no surprise he's played his best golf since this happened.

Carlos won his first PGA Tour event at the Houston Open in 2020.  It was particularly impressive given he held off a charging Dustin Johnson and Hideki Matsuyama.

Carlos has a brother, Alvaro, who is also a pro golfer.

Carlos turns 30 in April 2021 and it was no surprise to see him record his maiden PGA Tour win prior to this landmark birthday.  He is also good friends with Sebastian Munoz.

January 2021
Began the final round of the Farmers Insurance Open tied for the lead with Patrick Reed. Shot 78 to finish T29th, 10 shots worse off than Reed, It was a surprising and awful performance.

November 2020
Began the final round 1 shot behind Sam Burns at the Houston Open.  He was very impressive in shooting a 65 to win by two shots.  Notably hit every green in regulation on the back nine on Sunday.

June 2020
Began the final round 1 shot off a four-way tie for the lead at the RBC Heritage. Shot 73 to finish 33rd, it was an extremely poor performance.

November 2019
Earned first career runner-up on the PGA TOUR with a T2 at the Mayakoba Golf Classic. Final round 66 left him 1 short of winner Brenden Todd who shot 68.

October 2019
His best PGA Tour opportunity to date at the Sanderson Farms Championship where he was one shot behind going into the final round but could only shoot 71 (joint worst score of any player in the top 20) to fall into a tie for 4th.

April 2014
Co-led going into the final round for his second win, the El Bosque Mexico Championship, birdieing the last hole to beat none other than Justin Thomas.

Summary
Carlos is best backed from off the pace. His Golf Betting Club Pressure Performance Rating is set at 3 stars after an impressive win in Houston followed by a horror show at Farmers.

Time of the year
All five of Carlos's top 5 finishes on the PGA Tour have come between mid-September and late-November.  Indeed, his win at the Houston Open came in early November. He's a player to watch towards the end of the year.

Favourite Tournament
He has shown a particular liking for the Sanderson Farms Championship, finishing 4th and 3rd in 2019 and 2018.

Goes best when fresh
Carlos's best finishes in each of the past three calendar years have come following a week off.

Major's
He has played in four Majors to date, two US Opens and two PGA.  He's had little success, missing three cuts and failing to break the top 50 in the other. It must be noted he is an improving player though and would expect a top 20 in 2021.

WGC's
Carlos had a 16th place finish at the WGC Mexico in 2020 and that tournament will represent Carlos's best chance to contend amongst elite opposition.

Carlos has yet to be involved in a playoff.

2021 Farmers Insurance Open
Q. How much more confident are you about yourself right now than you were, say, 18 2 Tee-Scripts.com months ago? CARLOS ORTIZ: Definitely more. I think I'm getting to know myself and I'm having a different perspective on the way I'm playing. I'm taking it easier, I'm trying to see the good things in everything, not only on the golf course. That makes it seem -- I just want to come out here, give my best. If my best is 78 or 66, that's okay, but as long as I give my best, that's all I'm trying to do here right now.

RBC Heritage, 2020
I broke my toe, and I was in a cast for six weeks. So I've only been playing for three weeks, and I just want to get back into playing and feeling comfortable.
​
2019 Sanderson Farms Championship
Q. What is it about this golf course that fits you?
CARLOS ORTIZ: I couldn't tell you. I mean, I guess it just fits well. Greens are great. Really fast. I guess it's easy to make putts out here.
Q. You have to feel like one day it's going to happen here. You play awfully well at this golf course.
CARLOS ORTIZ: Yeah, I mean, I'm playing great. I definitely feel like I'm really close of winning, and I'm pretty confident it's going to come soon.

2018 Sanderson Farms Championship
Q. Hopefully with the top 10 you can make your way into the field in Vegas like you were telling me off camera. But also somewhat of a new dad with five-month-old Sophia at home. How has life changed on and off the golf course?
CARLOS ORTIZ: It's awesome. Now it's everything for me, and definitely changes the perspective. I'm really happy how everything is going my life right now and I'm grateful to be back on the PGA TOUR and hopefully keep playing good.