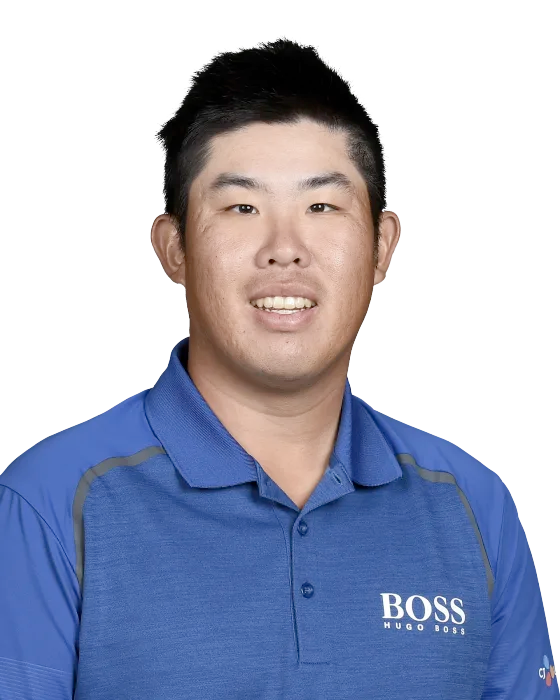 Byeong Hun An (or Ben An as he's also known) won the 2009 U.S. Amateur Championship and turned professional in 2011. It took a few years for Ben to find his feet on the Challenege Tour in Europe but he finally made his mark when winning the 2014 Rolex Trophy by 3 shots. This helped him finish 3rd in the Challenge Tour Rankings that season which earned him his European Tour Card for 2015.

An secured his breakthrough European Tour victory at the BMW PGA Championship in 2015 with a final round 65 to win by 6 shots. From 2016 onwards, An has predominantly played his golf on the PGA tour with the odd appearance overseas.

He has 3 PGA Tour runner up finishes to his name; the 2016 Zurich Classic of New Orleans, the 2018 Memorial Tournament and the 2018 Canadian Open, where he finished runner up to an impressive Dustin Johnson.

It was a similar story in 2019 as he posted 3rd place finishes at the Wyndham Championship and Sanderson Farms Championship. A disappointing second half of 2020 saw him fail to post a single top 10 finish after the break for coronavirus. He'll be looking to rectify things in 2021.

Ben became a father in early 2020. He also turns 30 in September so keep any eye on him challenging for a win with these positive life events aligning.

Ben cites Muirfield Village as his favourite course on the PGA Tour so look out for him at The Memorial tournament. Ben has an outstanding record there, finishing 21-2-25-11 the past four seasons.

Ben started working with swing coach, Sean Foley, in the winter of 2020. We may see an improvement in 2021.

August 2020
Began the final round of the WGC - FedEx St. Jude Invitational 1 shot behind Brendon Todd. Shot 73 to finish 12th, easily his worst performance of the week. Only three players shot a worse final round score out of the field of 78.

October 2019
Finished T6 at THE CJ CUP @ NINE BRIDGES, the best result of any of the 16 Korean players in the field. Held the first-round lead after an opening 64, the second 18-hole lead/co-lead of his career (fell to 0-for-2).

September 2019
Earned the seventh top-five of his career at the Sanderson Farms Championship, finishing alone in third place at 17-under 271. Opened with back-to-back 66s to hold a two-shot second-round lead, the third 36-hole lead/co-lead of his career (fell to 0-for-3).

August 2019
After holding at least a share of the lead each of the first three rounds of the Wyndham Championship (including a one-stroke lead entering the final round), closed with a 3-under 67 to finish solo-third and two strokes behind J.T. Poston. After no bogeys on his first 68 holes, had two down the stretch (Nos. 15 and 18). Fell to 0/3 when carrying the lead/co-lead into the final round on TOUR (2017 Waste Management Phoenix Open/6th, 2018 RBC Canadian Open/T2, 2019 Wyndham Championship/3).

July 2018
In his first start at the RBC Canadian Open, tied for second place to earn his second runner-up of the season (T2/RBC Canadian Open, P2/the Memorial Tournament presented by Nationwide). Entered the final round in a four-way tie for first place, the second 54-hole lead/co-lead of his career (solo/2017 Waste Management Phoenix Open; finished sixth).

June 2018
Tied for second at the Memorial Tournament presented by Nationwide, falling in playoff to Bryson DeChambeau on the second extra hole. Entering the final round two shots off the lead, shot a 3-under 69 to play his way into a three-way playoff at 15-under with DeChambeau and Kyle Stanley.

May 2015
Won the BMW Championship by 6 shots after being tied for the lead in R3.

Summary
An has proved he can win/contend from anywhere within touching distance. Until he gets over the line on the PGA he's probably only worth backing when coming from off the pace. Ben's Golf Betting Club Pressure Performance Rating is set at 2 stars for the 2020 season.

Needs to be on form
Ben has had 24 top 10 finishes over the past five years. Only two of those finishes followed a miss cut so he's a player to avoid on the back of a missed cut.

Avoid when rusty
Looking at trends for An’s best finishes, every one of his top ten finishes in the last two years came after he had played one of the previous two weeks so if you see he has had a few weeks off give him a miss until he has ‘shaken off the rust’. Also worth considering is the fact that 10 of his last 11 Top-10 finishes have come after he made his previous cut.

Major's
He has yet to record a big finish at a major, in fact in over 20 starts, he has only recorded three Top-25 finishes and no Top-10 finishes. Over 10 of these have been missed cuts.

WGC's
He has only recorded one Top-10 in over 15 WGC appearances, however in 2019 he entered round four of WGC FedEx St. Jude Invitational 1 shot off the lead before falling away. He then finished 12th the following year in 2020.

2020 Honda Classic
“It was playing quite tough and the wind started to pick up a little bit more. It was flawless until the last like four-hole Bear Trap. I just missed some birdie putts and par putts”.

2018 Memorial
“I’m getting closer and can take a whole lot of confidence from this effort.”

2016 Zurich Classic of New Orleans
“Yeah, honestly it was a good birdie to at least have a chance to go to a playoff. I couldn't play any better today to be honest. The playoff was a bit sloppy, but I didn't have a great lie out of the rough on the second shot. I played great all week. Didn't miss many shots to be honest and made some good up-and-downs. It definitely gave me a lot of confidence”.

2015 BMW Championship
"I played really well today. I was nervous at the start of the day but confident on every hole because I was hitting it well and putting nicely. I made some mistakes but being bogey-free I think is very good out here.”