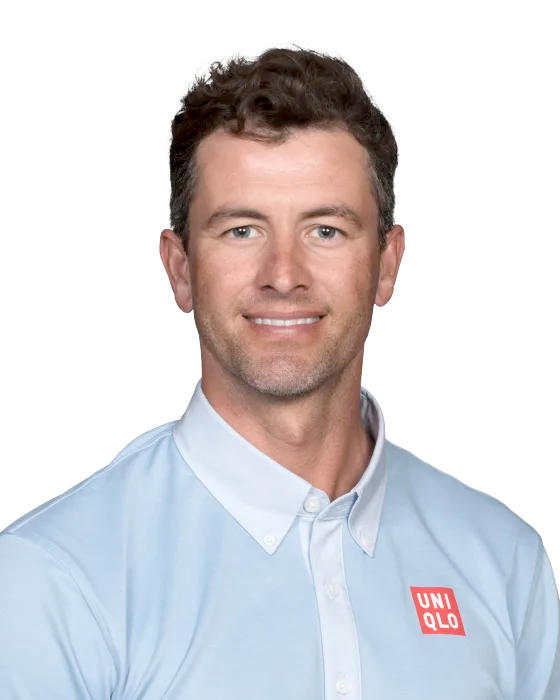 Adam is a former world number one and Masters winner.  A win at the 2019 Australian PGA saw him end a period of over three years without a win and it was no surprise to see him go on and win the Genesis Invitational on the PGA Tour early in 2020.

Adam is on record as stating he struggled to find the right balance on the course and off the course with the arrival of his second child in August 2017.  A combination of finding this balance and reaching the milestone age of 40 has seen his play improve and moved him back inside the world top 20 at the end of 2020.

January 2021
Began the final round of the Farmers Insurance Open 2 shots behind Patrick Reed. Shot 73 to finish 7 shots behind Reed. A poor effort.

February 2020
Won at the Genesis Invitational after holding a share of the 54 hole lead.  He now has a record of converting 8 times from 12 attempts when holding he 54 hole lead.

December 2019
Adam won the Australian PGA.  Began the final round with a two stroke lead and fired a solid 69 to win by two shots.

June 2019
Was six shots back going into the final round of The Memorial, shot a 68 to lose out by two.

Summary
Adam is a very capable front runner and as such, his Golf Betting Club Pressure Performance Rating is set at 4 stars.

Goes best when fresh
Six of Adam's last nine wins have come after at least a week off.  He's a player who goes well when he's fresh.

It wouldn't be a surprise to see Adam win another Major before his career is over.  His schedule is geared towards the big events and he has multiple top 20 finishes in each of the four Majors.