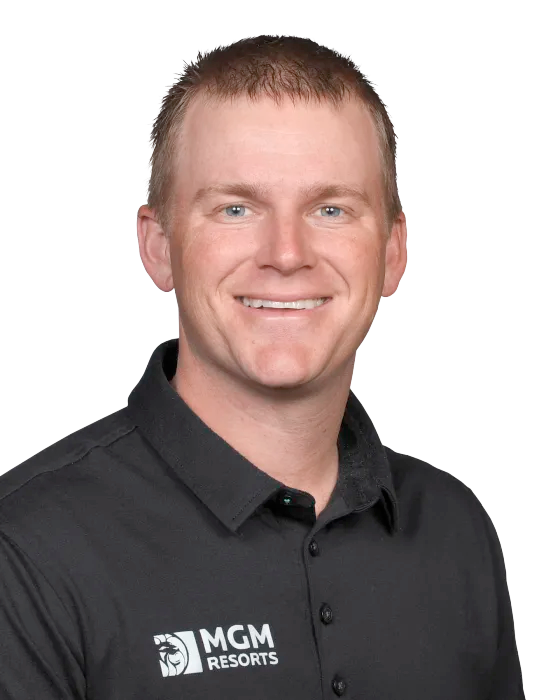 Adam is a player who has really found his game upon turning 30.  At the end of 2017 he ranked a lowly 575th in the world,  before a solid campaign on the web.com tour in 2018 earned him promotion to the PGA Tour in 2019.  Despite having never won on any tour before Adam won the 2019 Desert Classic in only his 6th PGA Tour start.

Adam and his wife had a baby boy in late April 2020.  Its unlikely to be a coincidence that Adam had a great year, ending a calendar year inside the top 100 in the world rankings for the first time ever.

December 2020
Adam was three shots off the pace at the Mayakoba Golf Classic with one round to go.  Shot 67 but was unable to improve his 3rd place position.

October 2020
Led the Corales Puntacana Resort & Club Championship by two shots after 54 holes.  Adam struggled with his first ever 54 hole lead on the PGA Tour and shot a disappointing 75 to slip to 5th.

November 2019
Began the final round 3 shots behind Brenden Todd at the Mayakoba Classic and shot 66 to finish 1 shot shy of Todd.

January 2019
His win came from being 3 off the pace and shooting a final round 65. It's worth mentioning that he holed a 14ft putt on the last hole for his win at the Desert Classic which avoided a playoff with Phil Mickelson.

Summary
Adam's best finishes have all come from low rounds whilst being off the pace.  Adam has performed reasonably well when in contention.  However, given his failure at the 2020 Puntacana, his Golf Betting Club Pressure Performance Rating is set to 3 stars.

Loves a birdie fest
Adam’s best performances come in low scoring events.  In the last four seasons, each of his top 3 finishes have been recorded with scores of -17 or lower.  Even more impressively, his win at the 2019 Desert Classic came with a winning score of -26.  He is well suited to birdie fests and can post some extremely low numbers so keep an eye out for him in events which require low winning scores.

Unpredictable
Adam has a very high percentage of missed cuts so he is probably one to back in running rather than from the outset.  However, don't let a missed cut put you off backing him, his win at the Desert Classic came the week after a missed cut and he has had several other top 10 finishes in weeks following a missed cut (including his 2nd place at the 2020 3M Open).

Major's
Best finish of 13th at the 2020 US Open. If Adam continues to climb the world rankings he could place at a major in 2021.

WGC's
24th at WGC - FedEx St Jude Invitational in 2019. He should qualify for far most events in 2021 and can improve on that showing.

Adam has never been in playoff.

2019 Desert Classic
Q.Were you surprised at all that you felt pretty calm in the final group?
ADAM LONG: Yeah, honestly, I didn't know how I would feel. I felt nervous, but I kind of always do before I play. So I wasn't like, I wasn't freaking out by any means, but I was, I kept telling myself I had nothing to lose, I'm in the mix, I got a chance at a top-10 and getting in next week and I was just trying to have a blast. How often are you going to get to play with Phil on Sunday?

Q. You're 31 and a rookie on TOUR so you played a lot of golf. Have there been peaks and valleys during that time while you've been trying to get on TOUR? Have you ever questioned whether you were going to make it or what's that been like?
ADAM LONG: Yeah, I mean, certainly those first four, five years as a professional where I wasn't really progressing as quickly as I wanted to. I wouldn't say doubted, I just was a little unsure and needed a little more direction. But once I got a little more comfortable being pro a professional golfer and my coaches Brian Fogt and Josh Gregory a lot most recently have really helped along the way. And the last couple years on the WEB.COM TOUR I was really close to getting my card. And so it's been a little steady progression, there's been some low points, but overall it's been pretty steady.

December 2019
Q. I get that first victory is obviously a life changer for someone like you, but the weeks after that looked like you were struggling for a while. Take a while to get over the hangover of winning? What was the effect and some of the things you experienced as a winner in subsequent events?
ADAM LONG: Yes. (Laughter.) Yeah, I mean, I was kind of thrown into the fire there a little bit. I was rookie and then all a sudden I won and went from here to Torrey Pines and on to Waste Management. It was just a lot. It was a lot of -- I was kind of getting pulled in some different directions, and the hard part was all these places were new to me. I hadn't played all these courses and hadn't had that experience yet.

So I'm spending Monday, Tuesday, Wednesday prepping for the course while I'm also doing other things, and being recognized by other people, players. It was all great. I missed a lot of the cuts there, but a lot of them were by one or two. I felt like I set a record for missed cuts by one.

It got a little more comfortable later in the season and it's been a good fall. Yeah, it took me a little while maybe to get comfortable again and kind of find my lane.

But we're past that and looking forward to a good year.