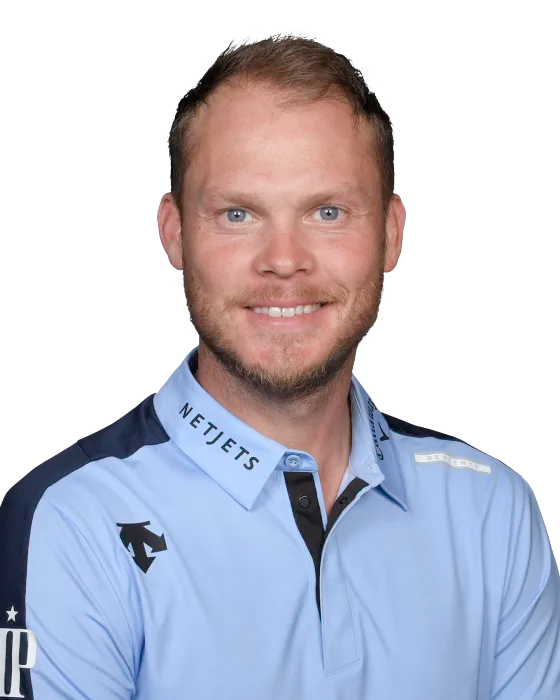 Danny won the 2016 Masters but has failed to reach the same heights since. Victory at Augusta lifted him to number 9 in the world rankings but he slipped to 462 before wining again at the 2018 DP World Tour Championship. He again struggled for the most part in 2019, but did manage to win the BMW PGA Championship, superbly, defeating Jon Rahm in a Sunday showdown.

Danny now plays a mixture of PGA Tour and European Tour events. He's very much a world player having won all over the world (twice in Dubai, twice in continental Europe, twice in the UK, once in America and once in South Africa).

Danny had a number of injury problems in 2021, which restricted his ability to put together a run of form.  We may see him have a big 2022 if fully fit, especially as he's keen to qualify for the Ryder Cup team in 2023.

Summary
Danny has not been in contention much in recent years and it cost him in contention at Fortinet. In the past though, he has proved he can front run and come from off the pace and has a Golf Betting Club ⭐⭐⭐⭐ Pressure Performance Rating.

September 2022
❌ Trailed Justin Lower by 1 shot at the Fortinet Championship. Shot 69 to finish 1 shot back of Max Homa, 3 putted from around 5ft on the last.

October 2021
✅ Danny led by three shots going into the final round at the Alfred Dunhill Links Championship.  A final round 68 saw him win by two.

May 2021
➖ Trailed by three at the Betfred British Masters.  Shot a 70 to move up one place on th leaderboard but lost out by four.

March 2021
❌ One shot behind (3rd place) going into the final round at the Corales Puntacana, Danny shot a final round 73 to slip to 8th.

September 2019
✅ He began the final round of the BMW PGA Championship tied for the lead with Jon Rahm and shot a 67 to beat the Spaniard by 3 shots. A convincing performance.

November 2018
✅ Began the final round of DP World Tour Championship, Dubai tied for the lead with Patrick Reed and shot 68 to beat the American by 2 shots.

November 2018
➖ Trailed by three shots after 54 holes at the Turkish Airlines Open.  Shot a final round 70 to lose out by four shots, slipping from 7th to 5th.

Unpredictable
All three of Danny's most recent wins have come after mediocre performances the week before.

2021 Alfred Dunhill Links Championship
"I do have a canny way of doing a little roll, yeah. It's been a very unfortunate last eight months, really. Every time the game feels like it's been in a nice place, we've had a couple of things, issues with health, just things that you can't really avoid. COVID, wisdom teeth, appendix, they're not things that -- they are just things, and they seem to have knocked us back a peg or two, and never really been able to get the momentum going in. This one, for everyone watching, this seems quite out of the blue, but the practice I've been doing at home and the inner belief we have every time we get in and out of position to do something was proven again. Like I said before, doesn't matter where it is, who it's against, it's just a question if the game is in shape. When it is, we're all right."

2020 DP World Tour Championship
"Adaptability to certain things hasn't always been my strong point, so I do always like it when I come back to a place that I'm very familiar with."

August 2020
"I did a lot of work during lockdown on certain moves and they looked pretty but weren’t quite producing the shots that you need to actually play the game. It just took a couple of weeks to iron out a few bits and the last couple of tournaments have been quite nice. The body has been as good as it ever has been, that was one of the main things I took from lockdown. I really made sure I worked on the strength and fitness components of what I’m trying to do. At 32, I’m probably in the best shape I’ve been in, no injuries no niggles, and everything has been good."