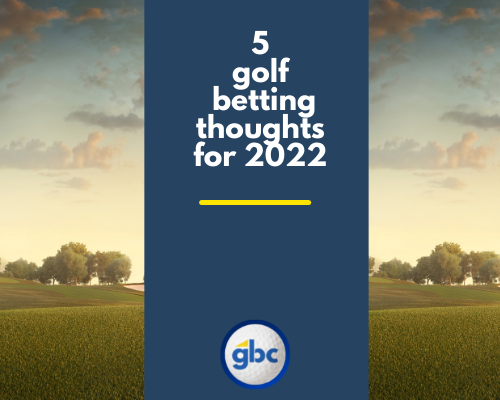 In this week's blog, we're looking ahead to how some of the hot topics in golf could play out this year from a betting perspective.

Tiger is back
It's an incredibly obvious place to start but given Tiger Woods is the biggest draw in golf (don't tell Phil Mickelson), where else could we start?

It was undoubtedly a bonus to see him tee it up in December at the PNC Championship with his son Charlie.  It's been over 12 months since we last saw him tee it up competitvely (we aren't counting the PNC!) but questions are already being asked about whether he'll play in The Masters in April.

Tiger is famously cagey about the state of his game and we probably won't get a sense of where he's actually at until he tees it up at Augusta on that first Thursday (assuming he even does).  He was pretty dismissive of the state of his game at the PNC Championship in December, stating, "it's going to take a lot of work to get to where I feel like I can compete at these guys and be at a high level."

Bookmakers have taken a mixed view of his chances.  Bet365 have him priced up as a 60/1 chance, whilst several other bookmakers have him as low as 33/1.  Now, we aren't advocating a bet on him at 60/1 (he's lost a lot of power off the tee and we'd need to see evidence of that returning) but the fact the bookmakers have such a disparity in odds shows just how unsure they are.  If you're inclined to have a small emotional/sentimental bet on Tiger, the 60/1 could be worth taking.

Driver length being capped
As of the 1st January, driver length must be capped at 46 inches.  Whilst many pros won't be affected by this rule, there are a number of players who have been using longer driver shafts in recent years in an effort to gain more distance.  Phil Mickelson is an outspoken critic of the change and given he used a 48 inch driver to win last year's US PGA Championship, he had an interest in doing so.  Bryson DeChambeau, Adam Scott and Dylan Frittelli have tinkered with longer shafts in their drivers in the past 12 months, Bryson even used one in The Match with Brooks Koepka.

On the European Tour, Callum Shinkwin was a player who used the extra length to his advantage and he'll need to alter his driver set up for the coming year.  Those players who used longer driver shafts may find their performance dips temporarily as they return to conventional length drivers.

No more green reading books
Green reading books will be banned on the PGA Tour in 2022 in a move designed to place more emphasis on the skill of reading greens.  Each player and their caddie will receive an approved yardage book which they are entitled to make notes on.  However, these notes must be created using their own skill and observations.  Use of technology or devices is not allowed when creating notes.

Like the change to the driver shaft, it will affect some players more than others.  Bryson DeChambeau was a heavy user of green reading books and was also, unsurprisingly, against banning them.  Would you want to be a Bryson backer at the Tournament of Champions given the changes he's required to make to his driver and putting routine?

The Asian Tour
Given Greg Norman's Saudi backed LIV Golf Investments have agreed a lucrative deal with the Asian Tour, we can expect to see more players being tempted to play over in Asia in the coming years.  We've already seen a number of players commit to play the Saudi International in February this year and it wouldn't be a surprise to see more star names sign up.  The Asian Tour have yet to release their 2022 schedule and it will be interesting to see whether other events attempt to entice players from the PGA Tour and DP World Tour with hefty appearance fees.  Could potentially weaker fields see more surprise winners on the mainstream Tours in 2022?  Even if winners remain high class, what effect does travelling back and forth to Asia have on player performance in subsequent weeks?

The Schedule
July promises to be a significantly different month for a lot of pros on the DP World Tour and PGA Tour.  The Scottish Open is a counting event on the PGA Tour, whilst the Barbasol and Barracuda Championships are now ranking events on the DP World Tour.  How many pros will make the journey across the Atlantic (in either direction) and how does that affect fields and performance in the weeks that follow?  We saw Rasmus Hojgaard struggle in 2021 to combine playing in America with playing in Europe and we may see others suffer a similar fate.  Hojgaard teed it up six times in America in 2021.  Four of those six appearances were before he played a European Tour event.  Those four European Tour events resulted in three missed cuts and a finish of 47th.  Travel does affect players, especially if they aren't used to it.  This in turn creates betting opportunities.