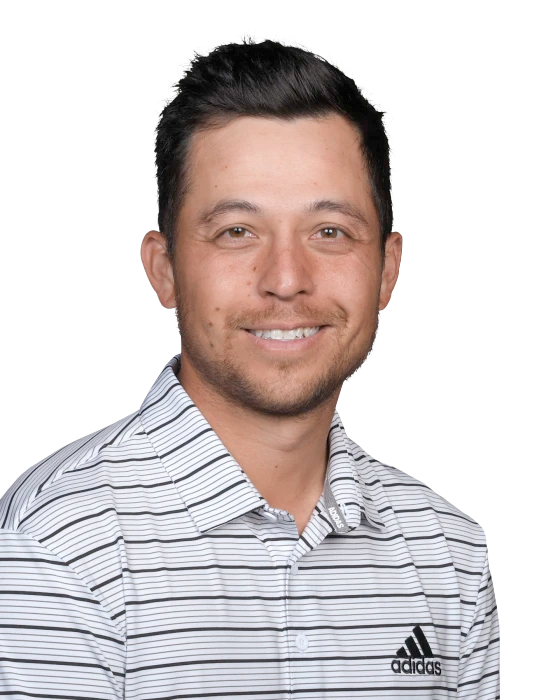 Xander won PGA Tour Rookie of the Year in 2017 after winning twice, one of which was at the prestigious Tour Championship.  He's backed up his Rookie of the Year season with further victories in 2018 and 2019, taking the next step up by winning a WGC event in 2018 at the WGC HSBC Champions.  Xander is the reigning men's Olympic golf champion, having won the 2021 tournament in Japan.

Xander won back to back titles in 2022 at the Traveler's and Scottish Open. He's likely to win a Major in future.

Xander considers his mental attitude as his greatest strength and he is a fierce competitor.  He tends to go somewhat under the radar compared to some other players and states that his friends often call him "grandpa" owing to his maturity beyond his years.  His dad is is lifelong swing and mental coach.

Summary
There is no doubt that Xander is an extremely talented golfer who is capable of winning Majors in future. He has been more clinical when leading recently. His Golf Betting Club Pressure Performance Rating is set to ⭐⭐⭐ for the time being.

August 2022
❌ Trailed by one shot at the BMW Championship and shot 71 to lose by three shots to Patrick Cantlay who shot 69.

July 2022
✅ Led the Scottish Open by two shots and shot 70 to win by one shot. Again not the most convincing performance in the world but did enough.

June 2022
✅ Led the Travellers Championship by one shot and shot 70 to win by one shot including a birdie on the last. Sahith Theegala dropping a shot on his final hole took some pressure off.

February 2022
➖ Began the final round of the Phoenix Open two shots behind Sahith Theegala. Shot 68 to finish one shot off a playoff.

July 2021
✅ Led the men's Olympic golf competition by a stroke going into the final round.  He would go on to win by a stroke but there were several notable incidents worth further inspection.  He put his ball into the bushes on the 14th hole and hit his provisional left into trouble. Somehow his initial ball was found and he limited the damage to a bogey.  He would then drive into trouble on 18 before getting up and down from 100 yards to make par.  A win but not a hugely convincing performance.

February 2021
❌ Began the final round of the Phoenix Open joint leader with Jordan Spieth. Shot 71 (previous worst score 66) to finish 1 shot behind Brooks Koepka including finding the water in 17. A very poor performance.

June 2020
❌ Xander entered the final round of the Charles Schwab Challenge with a one shot lead.  Performed really poorly over the final four holes when he was joint leader as he put the ball in the water from his second shot at the 15th and then missed a 3ft par putt on the 17th hole.

January 2020
❌ Xander failed to convert a 1 shot lead at the 2020 Sentry Tournament of Champions, having been odds on favourite when reaching the final green in two shots.  However, he three putted (he missed the birdie putt from six feet) to slip into a playoff and then three putted the first playoff hole.

August 2019
❌ Xander was joint leader at the Tour Championship with 18 holes to go but shot his worst score of the week (70) and lost out by 3 to Rory McIlroy.

January 2019
✅ At the Sentry Tournament of Champions he shot a blistering final round of 62 (joint course record) to overcome a 5 shot deficit entering the final round.

October 2018
✅ Shot the lowest score of the day (68) at the WGC HSBC Champions after being 3 shots back going into the final round to get into a playoff with Tony Finau.  Won the playoff with a birdie at the first extra hole.

Events to back Schauffele

Tour Championship
Xander has a terrific record at East Lake and can always be supported for the Tour Championship.  The nature of the event make it difficult to bet on but if you can find a gross score betting , he's never been higher than 3rd in gross scoring in the past three years.

Sentry Tournament of Champions
Hasn't finished outside the top 18 at Kapalua since 2018.  He must come under consideration in 2022.

Xander won his first playoff, defeating Tony Finau to win the WGC HSBC Champions event in 2018.  However, he has lost his subsequent two playoffs to Rory McIlroy (2019 WGC HSBC Champions) and Justin Thomas at the 2020 Sentry Tournament of Champions.

2017 US Open
Q. Is there something about the course that you especially like or something in your game that you like? Why are you here do you think?
XANDER SCHAUFFELE: Yeah, I've been driving the ball really well. This is obviously a driver's course. You've got to be in the fairway to attack any of the pins. This course, honestly reminded me a little bit of home. I went to San Diego State and one of our home courses is Barona Creek. It's bentgrass greens, and it's kind of this open, no-tree look. I won a PGA event there my senior year.  Last night I was telling my caddie, I really feel like we're playing Barona right now. The greens are marked up, but it's exactly what I grew up playing on. So I felt really comfortable.