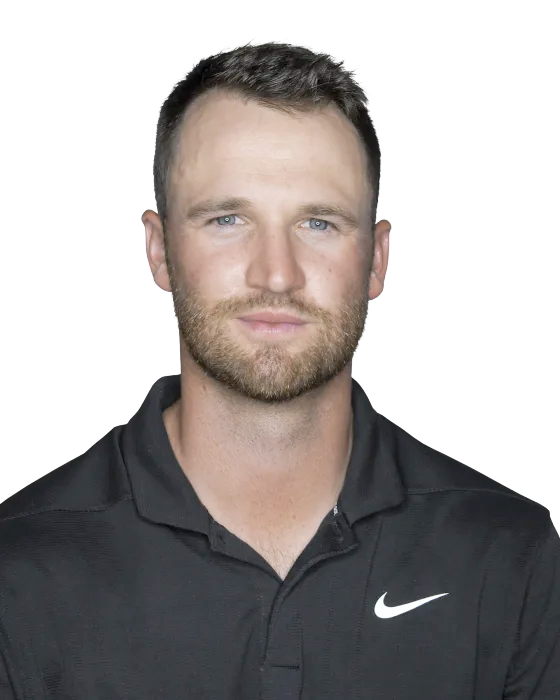 Wyndham only turned pro in 2017 and has only had three full seasons as a professional.  Wyndham sadly lost his mother in 2013 and contemplated quitting the game but decided against it and now plays for her.

Wyndham grew up playing at altitude in Colorado and has stated in the past that growing up there was a disadvantage as, "you don't ever really play at altitude at any of these events. The most you play at is maybe 1,000 feet. I think growing up in Colorado, not only are you playing different distances, but the ball actually spins less and is affect by the air less. So the ball goes straighter and doesn't go offline as much. When you go play in Florida or other places where the air is thick, your misses are exaggerated a lot more. I think that's definitely a disadvantage.”

The Barracuda Championship is traditionally played at altitude and this may be an event where Wyndham may be able to utilise his experience of golf at altitude.

Wyndham grew up near PGA National, home of the Honda Classic so he has a wealth of experience on that course (see quote below). Keep him in mind for that event.

November 2020
Wyndham was one shot back at the Bermuda Championship going into the final round. Put in a strong performance to shoot 69 and force a playoff with Brian Gay. He was unsuccessful in the playoff but Wyndham did much better than when previously in contention.

October 2020
Began the final round of the Shriners Hospitals for Children Open two shots off the lead. Shot the 2nd worst score (72) of anyone in the top 30 to slip to 13th.

Feb 2020
Shot 61-69 to take the lead going into the 3rd round at the Waste Management Phoenix Open. However, could only manage 74-72 over the weekend.

Feb 2019
3 shots back going into the final round of the Puerto Rico Open. Could only manage a 72 to record a 10th place finish.

Summary
Up until Bermuda, Wyndham has struggled when in contention. He's never won on any Tour (although he did win 2nd stage of Q school in 2017). He's only had three full seasons on Tour but he appears to be learning how to deal with the pressure when in contention. His Golf Betting Club Pressure Performance Rating is set at two stars on the basis of his record to date. His first win is likely to come from of the pace rather than leading though.

Needs to be on form
Wyndham is a player who can very quickly go off the boil and record multiple missed cuts. If he is in the middle of a run of missed cuts he is one to avoid. All bar one of his top 5 finishes to date have come after a top 20 finish the week before. Wait for him to display signs of form before backing him.

Major's
Wyndham has yet to play in a Major and will need some experience before he contends.

Wyndham has yet to be in a playoff.

2020 Honda Classic
Q. T7 here last year, just talk a little bit about this tournament, this golf course, how it suits your game.
WYNDHAM CLARK: It's funny, it really doesn't suit my game. I just played a lot here growing up. Tons of junior events, so I've seen the course a lot. It's very tough, and if you're off your game at all, it's very penal. It's funny, I don't really feel like it suits my game, but for some reason I score out here.
Q. Great chance to win here a year ago. When you return this go-around, how much confidence do you have?
WYNDHAM CLARK: You know, it's funny, if I get myself in that position again, I think I'll do a lot better. My game is so much better than it was this time last year. I feel like I'm better off the tee, better iron player, and if I would have had that last year, I think I would have pulled it out. So if I get myself in that position, I like my chances.

2020 Phoenix Waste Management Open
Q. Chasing that first victory, how have you kept the nerves out here, and especially with what's to come this weekend out here?
WYNDHAM CLARK: I've been in this position a few times. It's never easy, but it's fun. It's a fun week for me. I have a lot of friends here, I live here, so it's a home event. But at the same time I feel really confident about my game and I'm looking forward to the weekend.