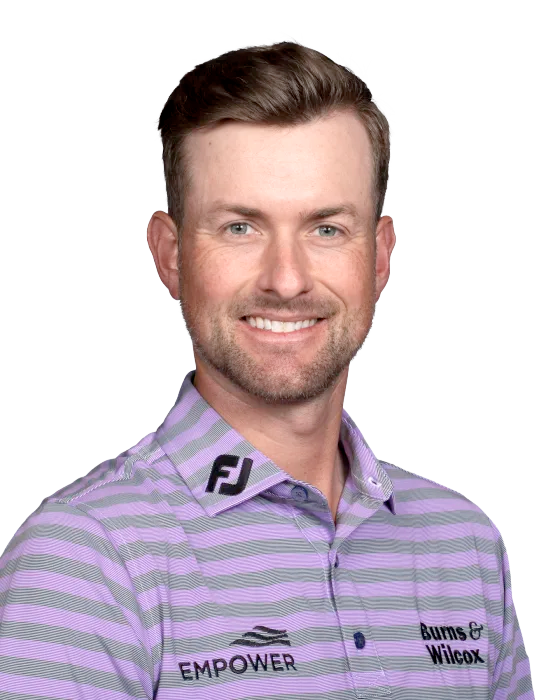 Webb is a former US Open winner who was one of the players most affected by the ban on belly putters that came in from 2016.  He had 3 regular PGA Tour wins and his US Open win prior to turning 30 but made the decision to switch to the regular putter in 2015 prior to the ban coming into effect.  The switch led to a couple of poor years on Tour where he really struggled with his putting stats (144th and 177th Strokes Gaines:Putting in 2015 and 2016).  However, he has since turned his putting around and is now a very good putter.  This improvement with the putter has seen him return to the winners circle, taking the 2018 Players Championship, the 2020 Waste Management Phoenix Open and 2020 RBC Heritage. He's now established in the worlds top 20 golfers.

Webb is a devout Christian and is one of the players on tour who draws strength from his faith.

February 2021
Began the final round of the 2021 WGC Workday Championship 3 shots behind Collin Morikawa. Shot 72 to finish 6 shots behind.

June 2020
Began the final round in a four-way tie for the lead at the RBC Heritage. Shot 64 to win by 1 shot after he birdied 5 of his last 7 holes. Unbelievable putting on the back 9 and showed great nerve throughout.

February 2020
Webb began the day 1 shot behind at the Waste Management Phoenix Open.  In a complete reversal to what Tyler Duncan had done to him only months ago, Webb birdied the last two holes to make a playoff and birdied in the playoff to take the title.

November 2019
Began the day two back at the RSM Classic but traded at 1.3 on Betfair when he went 2 shots clear after the 6th hole.  However, Webb couldn't extend his lead shooting 10 pars in a row and bogeying 14.  Webb did well to play the next two holes in 2 under but Tyler Duncan played the last two holes in two under and a playoff ensued where Duncan again birdied to win the second playoff hole.

August 2019
Began the day one shot back at the Wyndham Championship and shot 65 only to lose out to J.T. Poston shooting a 62.

Summary
Webb has shown in 2020 he is now able to handle the pressure down the stretch. He showed real guts for both wins at Phoenix and RBC Heritage so his Golf Betting Club Pressure Performance Rating is set to 4 stars.

Goes Best When Fresh
Webb has an unbelievable record when returning after the winter break for Christmas and New Year.  Between 2012 and 2020 the worst finish he has recorded on his opening event of the calendar year is 13th!  Looking closer at his record when having rest weeks it becomes more apparent just how good he is after a few weeks off.  He's taken three breaks of 5 weeks or more in the past two seasons and on those occasions he's finished 15th, 7th and 2nd on his first start back.

He has improved considerably at The Masters in recent outings and Webb is definitely someone to watch at Augusta with the confidence he now has.

Webb's record at The Open Championship is solid but he's never threatened to win and never had a top 10.   Definitely a player to keep onside in match bets but he probably has better opportunities in other Majors.

WGC's
Finished 12th and 2nd in the last two years at St Jude, he can be backed again in 2021 here. 6th at WGC Workday Championship in 2021 so is building strong WGC form.

Webb doesn't have a great record in playoffs.  However, he did win his last playoff against Tony Finau at the 2020 Waste Management Phoenix Open.  However, Webb is still not one to trust in a playoff situation.

Sony Open, 2021
Q. You play really well on courses like this, old-school, around 7,000 yards. Why is that?
WEBB SIMPSON: I love the opportunity to hit wedges and short irons into greens. I feel like that's always been a strength of mine. Even when I don't seem to play well, those still seem to be pretty sharp and I have a lot of those opportunities here. I love when fairways matter. This week, the rough isn't as long as normal but fairways still matter a lot.

Q. When you get on old-school courses, you really seem to shine. Why is that?
WEBB SIMPSON: I think it's where I grew up. I grew up at Carolina Country Club in Raleigh, North Carolina, and it was short, doglegs, bermudarough. So I got used to needing to hit the fairway. It just brings me back home a little bit. So when I get on this golf course, I know I'm going to have short to mid-irons in most of the day and that's kind of my bread and butter.

RBC Heritage, 2020
Q. Webb, just one broad one. I remember when you won THE PLAYERS a couple years ago, you went to No. 20 in the world, and you talked about that desire to want to kind of stay there and improve. Going up to, I think, No. 5 now, how proud are you of yourself from taking that win at the THE PLAYERS and still moving forward, I guess?

WEBB SIMPSON: Yeah, I think I said it then, Justin Rose is kind of my inspiration. He seems like he's always there every week. He works hard at his craft, and I just thought, you know, I have good weeks. I make it to the TOUR Championship. I've won a few times. But I really have a desire to be in that top 10 or 15 guys in the world ranking all the time and have chances to win, not just twice a year, but as many times as I can.

So that led me to just look at every part of my game, whether it's working out or the mental approach, and see if I can get better. That was three years ago probably. So, yeah, to your question, it feels great to see the hard work pay off and see that the process I've put in place is working.

Q. What is it about this place that you like the best? Is it the fact that it's so constrained, or does it require a different artistry or imagination than other places?
WEBB SIMPSON: I think both. I think you have to really shape it off the tee. You've got to think, you know, any hole could be two or three clubs off the tee that makes sense. So I love that. I love small greens. I love small targets.

Paul said that I'm the worst driver of the ball with a really open fairway and one of the best with a really tight fairway. So I think, when it's really wide, I'm not thinking or focusing. And also just being, I think, at the beach. I've always seemed to play well here and RSM, just being near the ocean. I grew up playing golf at the beach in Wilmington. So it just feels nice to be close to the beach. Yeah, I've had some of my best finishes these weeks.

February 2020
"A couple years ago I was just a little bit tired of being inconsistent and I wanted to be a more consistent player. And I started looking at the weaknesses and really learning from golf tournaments, whether I finished second or 30th or missed the cut. And so I think just becoming more a student of the game and a student of myself has helped. So I do feel just more well rounded now. And I think my time in the gym has led, not necessarily to a lot of yards, but it's led to just more consistent feeling in my body when I show up to the range. And that's a big deal. We're playing at different time zones, different environments, weather, and so to show up with the same body week-in, week-out is actually a lot more important than I thought."

2019 Masters
Q. Do you think some of the moisture that we received here on property has helped some of the medium hitters?
WEBB SIMPSON: I think so. I mean the fairway's certainly gotten wider and I'm hitting hybrids and 5‑irons into a lot of these greens, so it's a good thing for me, I'm one of the average at best hitters in length and I don't mind having hybrids in, as long as the greens are soft.