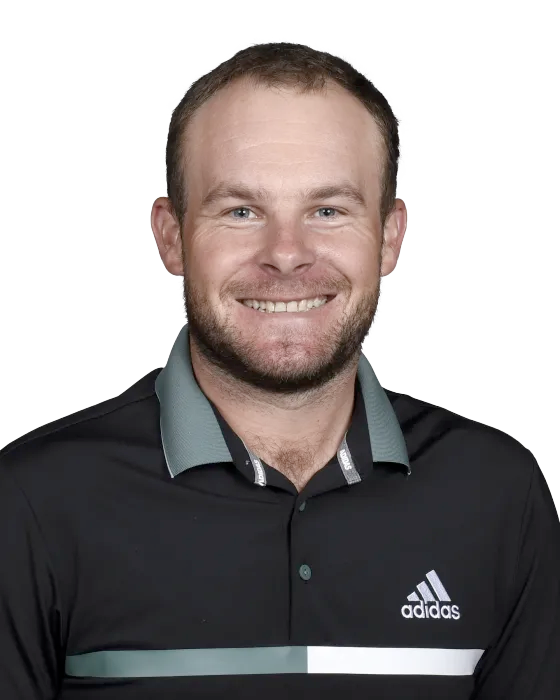 Tyrrell Hatton has been in the top 50 of the world rankings since his first European Tour win at the 2016 Alfred Dunhill Links Championship. He went on to retain that title in 2017 and then won the following week at the Italian Open. He did not manage a win in 2018 however got back to winning ways at the 2019 Turkish Airlines Open.

2020 was the first year Hatton predominantly played on the PGA Tour and won his maiden title in tough conditions at the Arnold Palmer Invitational. A successful Fed Ex Cup playoffs followed by a win at the BMW PGA Championship meant he finished the season ranked 10th in the world.

Hatton had a reputation for losing his temper quite easily, especially in the early days of his career, but appears to have improved significantly in that department and is now as mentally strong as any of his competitors. He broke into the worlds top 5 with his win in Abu Dhabi at the start of 2021.

February 2021
Trailed Dustin Johnson by three shots at the Saudi International.  A final round 69 saw him slip from 3rd to 6th.

January 2021
Began the final round of the Abu Dhabi Championship 1 shot behind Rory McIlroy. Shot 66 to win by 4 shots, another emphatic victory.

October 2020
Led by 3 shots entering the final round at the BMW PGA Championship and shot 67 to win by 4. A convincing victory as Victor Perez put the pressure on the front 9.

June 2020
Began the final round of the RBC Heritage tied for the lead with Simpson and Ancer. Shot 66 to lose out to Simpson who shot 64. Didn't do a lot wrong.

March 2020
Led by 2 shots at the Arnold Palmer Invitational. Shot 74 in tough conditions to win by one over Marc Leishman who could only manage a 73.

November 2019
Started the final round of the Turkish Airlines Open 3 shots behind Matthias Schwab, shot 67 to enter a SIX man playoff. Won the playoff against top class opposition.

Summary
Hatton's four wins in the space of a 14 months shows he is a comfortable front runner and able to come from behind. He should be respected if he's in the mix with a round to go. We have set his GBC Pressure Performance Rating to 5 stars for this reason.

Time of the year
Five out of six of Tyrrell's wins have come towards the end of the year. Two wins at Alfred Dunhill Links in October, Italian Open and BMW PGA Championship wins were also in October and Turkish Airlines win in November.

Wind expert
Tyrrell has an incredible record at the Alfred Dunhill Links with two wins and a 2nd place between 2016-2018. He also has a 2nd at the 2016 Scottish Open and a 6th at the 2019 Open Championship. His win at Arnold Palmer Invitational was also in breezy conditions.

Birdie Fests
Five of Tyrrell's six wins have been achieved with scores of -19 or better.

Major's
Tyrrell surprisingly missed the cut in all three majors in 2020 when he was expected to go well. He especially still hasn't got to grips with Augusta, with 44th his best finish in four attempts.

He has five top 10's across the other three majors and will be knocking on the door for these in the next few years. His ability and fearless nature in contention should inevitably get him over the line but judging by 2020, he is possibly putting too much pressure on himself.

WGC's
It may be more likely Hatton wins a WGC before a major, look out for him in the early season WGC in Mexico where he has past finishes of 6-19-3-10.

​The Masters, 2020
Q. Why are you playing so well? What has been the biggest difference‑maker?
TYRRELL HATTON: It's kind of a hard question to answer. I think one of the biggest things for me this year is I've been pain‑free the whole year after the wrist surgery. After last year, that's been a huge thing for me. I've been training in the gym this year, which is something I've not done for this amount of time previously. So, you know, who knows if that's kind of playing a part, as well (shrugging shoulders). But yeah, obviously I'm kind of very happy with how things have gone so far, aside from missed the cut in both majors.