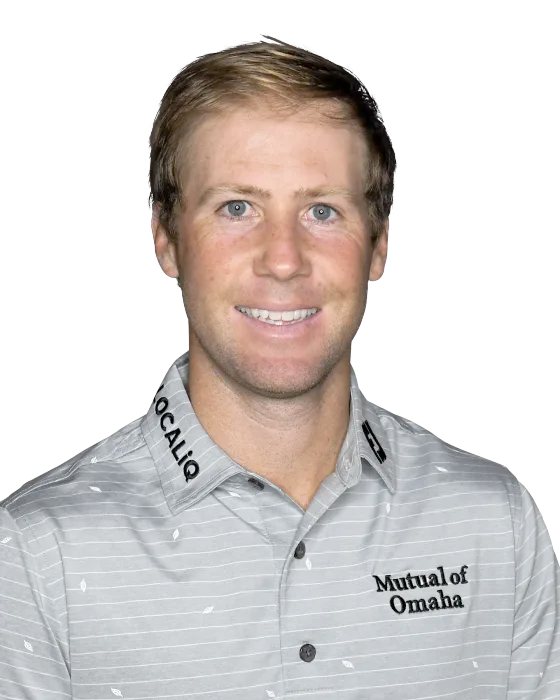 Tyler turned 30 in July 2019 and again proved the impact a significant birthday can have on a golfer by recording his first win as a professional at The RSM Classic. Since turning pro in 2012, Tyler did very little to indicate he was capable of winning on the PGA Tour. His first season on tour in 2018 ended without a single top 10 finish as he struggled to adapt to the rise in standard.

​Tyler is on record as stating the win at the end of 2019 gave him a new mindset (see quotes below) and an increased confidence. However, that failed to materialise in 2020 and it was a year more akin to 2018 as he failed to record a top 10 finish.

November 2019
Tyler held the second round lead but entered the final round trailing Brendon Todd by 4 shots. He shot a brilliant 65, including birdies at the final two holes in regulation play, to force a playoff against Webb Simpson.

October 2017
Tyler held a one shot lead going into the final round at the Safeway Open. Struggled to a 3 over 75 to slip to 5th.

Summary
Tyler showed enormous mental strength to win at the RSM Classic but given his failure to front run at the Safeway Open in 2017 he is probably better coming from off the pace. His Golf Betting Club Pressure Performance Rating is set to 3 stars.

Major's
Tyler's only previous experience in Majors to date has been two appearances at the US Open where he has missed one cut and finished 56th in 2018. Given his accurate hitting the US Open and Open Championship are likely to represent his best chances at competing in a Major.

WGC's
49th in his WGC debut at FedEx St Jude Invitational in 2020. He is unlikely to win a WGC.
Playoff Record

1-0. Tyler defeated Webb Simpson to win The RSM Classic. He made par at the first playoff hole before making birdie at the second playoff hole to take the title.

2020 American Express
Q. Pretty easy for you today. At least that's the way it appeared. Winning the RSM, beating Webb Simpson in the playoff, how much confidence has that given you now as you embark on this second half of the season?
TYLER DUNCAN: It's a ton. I tell everyone that asks, it's like something switched, it's just a different mindset now. You've been there, you've done it, and it just gives you that little bit of confidence, little bit of edge that you can just keep going and do it.
Q. I guess you like desert golf.
TYLER DUNCAN: Yeah, it's fun.

2020 Sentry Tournament of Champions
Q. There's no way you would remember this, but first tournament of the year two years ago at the Safeway Open, you have a good first round. You didn't win but I think it may have been a top 10 finish, maybe a fifth place, and then your career kind of plateaued. Did you ever think you weren't going to make it out here?
TYLER DUNCAN: Yeah, I finished fifth that week. It was awesome. I think it was a good start to my career on the PGA TOUR. Obviously things aren't always great and happy in professional golf, and I definitely struggled a little bit. Had to go back to Korn Ferry finals this year, and at that point you never really know what's going to happen. I shot 66 that final round at the TOUR Championship to secure my card, and here I am. Pretty crazy how things change.
Q. How was the wind? How were the conditions?
TYLER DUNCAN: I figured this is probably about the calmest day you guys have here in Maui, so looking forward to some wind this weekend, make everything a little more challenging and make the course play probably more how it's supposed to.