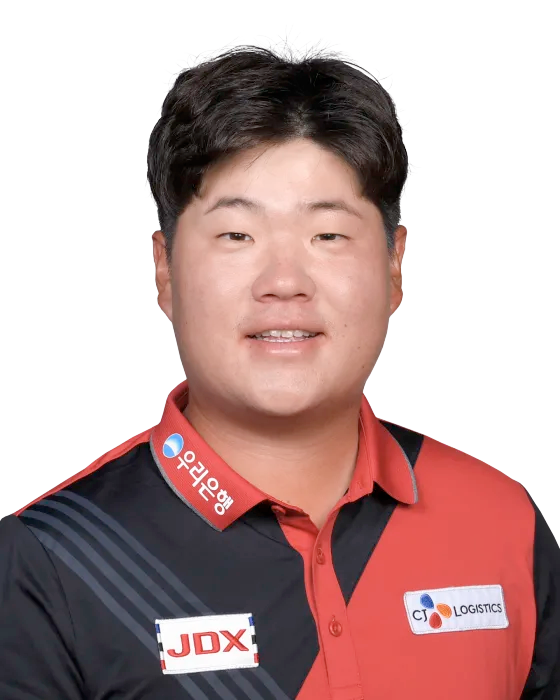 Sungjae was the 2019 PGA Tour Rookie of the Year, recording 8 top-10 finishes in 35 starts in the 2019 calendar year.  Sungjae followed that up with his breakthrough win on the PGA Tour in 2020 at The Honda Classic and ended his 2020 season in fine style with a 2nd place finish at The Masters.

Summary
Sungjae has won from off the pace (three times) and from holding the 54 hole lead (twice) so he is equally adept at front running or chasing.  He's definitely one to watch coming down the stretch as there are multiple examples of him posting a run of birdies to close out tournaments.  Sungjae's Golf Betting Club Pressure Performance Rating is set at ⭐⭐⭐⭐.

October 2022
➖ Started the final round of the Shriners Open 4 shots behind the leaders and shot 67 to finish 5 shots back.

January 2022
➖ Began 2 shots back from the leaders at the Farmers Insurance Open and shot 71 to finish 2 shots back of List.

October 2021
✅ Trailed Adam Schenk by 3 shots at the Shriners and shot 62 to win by 4! An emphatic display from off the pace.

August 2021
➖ Began the final round of the BMW Championship 3 behind the leaders and shot 67 to finish 4 behind the playoff number.

November 2020
➖ Trailed Dustin Johnson by four shots entering the final round of The Masters.  Wasn't able to overturn the deficit but did well to finish second.

February 2020
✅ Won his first PGA TOUR title in his 50th career start, shooting a final-round 66 to win The Honda Classic by one stroke.  Began final round 3 shots behind Tommy Fleetwood. At age 21 years, 337 days, became the second player aged 21 or younger to win on the season. Got up-and-down from a greenside bunker at the 72nd hole to make par.

October 2019
✅ Earned his first KPGA Tour title at the Genesis Championship, winning by two shots at 6-under 282. Started the final round seven shots behind the 54-hole leader on route to victory. Among the 68 players that made the cut, was one of eight players to card an under-par score on Sunday.

September 2019
✅ Fell to Sebastian Munoz in a playoff at the Sanderson Farms Championship, earning the first top-two finish of his career. Birdied three of the last five holes in the final round to finish at 18-under 270. Started the round 4 shots behind Munoz.

Stay Hot
Sungjae rarely takes a week off so he's used to playing every week.  He can stay hot after a win as he has followed three of his five wins with near misses (2nd and 3rd and 9th place finishes).

2020 Honda Classic
Q. As a guy who plays almost every week, will you take a week off, and B, how difficult has that been for you to play every week?
SUNGJAE IM: I plan on playing almost every week, maybe take an event off during the Texas swing, but nothing confirmed. But as of right now, just the one in mind, and planning to play them all.

Q. Sungjae, you've made a lot of starts. You came really close at the Sanderson Farms back in the fall. How did you draw upon that experience coming into this stretch, and also is it kind of a relief to get that first win?
SUNGJAE IM: I was a little disappointed the way the Sanderson Farms ended. Very similar spot to what I was in today. Finished with a one-shot lead and had to wait on the guys coming in, and so drawing upon that experience I felt like it made me hungrier for today to go out and get that win, and just having come so close, it's just very happy everything worked out the way it did and I'm just happy to get the win.