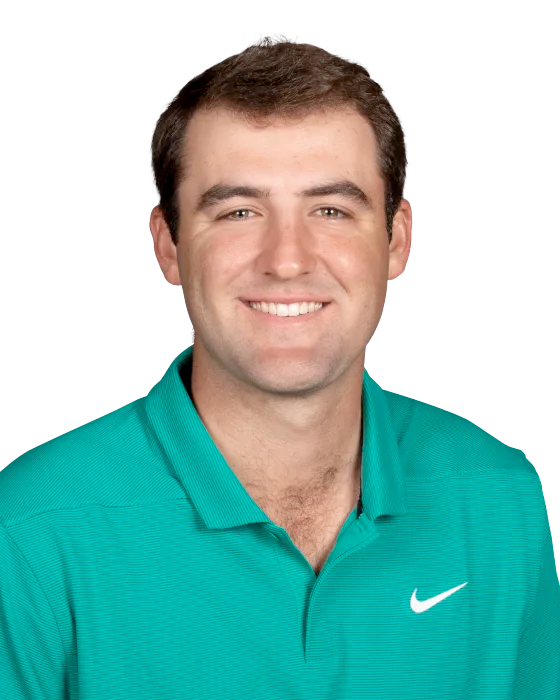 Scottie turned professional in 2018 and quickly established himself on the Korn Ferry Tour in 2019, winning twice and coming third in the rankings to earn promotion to the PGA Tour in 2020.  He's a former Walker Cup player who has made an extremely smooth transition to the paid ranks.

Scottie is a very solid all round player who is suited to a number of different courses.  We have seen this already on his short time on the PGA Tour where he has contended at windier stops such as The RSM Classic and Bermuda Championship but scored equally well at The American Express, a desert event.

Impressively, Scottie joined the 59 club on his first season on the PGA Tour, shooting the score at The Northern Trust.

Scottie broke his trusty 10 year old three wood prior to the Sentry Tournament of Champions.  It may affect him in the interim until he finds a suitable replacement.

June 2021
Began the final round of the Memorial three shots behind the leaders, shot 70 to finish 2 shots off the lead.

February 2020
Began the final round of the Phoenix Open 3 shots behind Spieth and Xander. Shot 70 (previous worst score 67) to finish 3 shots behind Koepka. It was a missed opportunity with Xander and Spieth stalling.

August 2020
Began the final round of the PGA Championship 1 shot behind Dustin Johnson and shot 68 to finish in 4th place, 3 shots off the winner Collin Morikawa who shot 64.

January 2020
He was tied for he lead at The American Express  and shot his worst round of the week, failing to break 70 to slip to 3rd place.

November 2019
Performed respectably at The RSM Classic shooting final round of 68, to finish 6 shots behind Tyler Duncan who shot 65.

Summary
It should be noted that both of Scottie's wins on the Korn Ferry Tour came from off the pace.  His first win came after a final round 63 erased a six shot deficit and his second came from one back. Scottie's Golf Betting Club Pressure Performance Rating is set at two stars for the time being.

He is undoubtedly a future major champion but will need that PGA Tour win first to gain confidence.

Scottie has won one playoff and lost the other so we cannot say whether he can be backed in a playoff situation.

Q. You come up a little short today. You fought hard, you had a great attitude out there, and then all of a sudden at the end you actually gave yourself a chance to win. How happy are you with your golf this week?
SCOTTIE SCHEFFLER: Yeah, I feel like I played solid most of the week. My swing felt a little loose, for the most part, but I played great up until today. When the swing feels loose like that it's tough to play under the heat of competition. Timing has to be so good. Things speed up there towards the end and just wasn't sharp enough today. And happy for Andrew, he played great and looking forward to next week.

Q. So what do you take away from this week? You've done so well on the Korn Ferry TOUR, you come out in the fall and you play well, third place finish this week. How much confidence is that building for you?
SCOTTIE SCHEFFLER: Definitely a confidence boost. I was just coming in this week hoping to shake off some rust and was fortunate to play so well and give myself a chance to win. It's a lot of fun being in contention, so I look forward to hopefully doing it again next week.

Q. Did the course play to any of your strengths or did it take away from any strengths?
SCOTTIE SCHEFFLER: I think any golf course you just play to your strengths. One of my strengths is my work around the greens. I like the closely mown areas around here, I thought they were pretty good, they give you a chance to be creative, and I think I used those to my advantage.