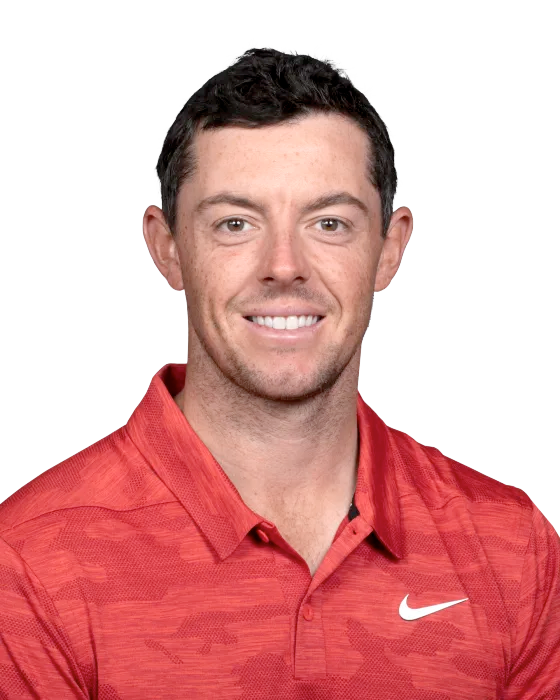 Rory is a four time Major champion (2011 US Open, 2012 & 2014 US PGA and 2014 Open Championship) who has been destined for golfing greatness since an early age.  Despite his wins to date, Rory is often criticised for not winning more often given he has a near flawless swing.  Rory has now failed to add to his Major tally for five successive seasons and he will be looking to rectify this in 2020.

Rory turned 30 in 2019 and it was no coincidence that this significant birthday played a part in him to have his best year for several years.  Whilst he didn't win a Major, he did win golf's "5th Major," The Players Championship, in March 2019 and also won a WGC event in July 2019.  Including those wins, he won four times in one calendar year, something he hadn't done since 2015, meaning he finished the year as the 2nd ranked golfer in the world.

When golf stopped in 2020 due to Coronavirus, Rory was in the middle of a hot streak having recorded 7 consecutive top 5 finishes and had risen to number 1 in the Official World Golf Rankings.  We saw a different Rory return post-lockdown and it later became clear when it emerged his was to become a father.

Rory and his wife, Erica, had their first child in August 2020.  Whilst we would normally expect golfers to experience a bounce from the joy of a new arrival, we saw several golfers negatively affected in 2021 due to the way Covid is affecting travel and family life.

Rory also changed coaches in 2021, opting to work with Pete Cowen.  The switch didn't work out and Rory is now back working with long time coach, Michael Bannon.

Summary
Rory has been more clinical in contention lately.  His Golf Betting Club Pressure Performance Rating is set at ⭐⭐⭐⭐.

October 2022
✅ Started the final round of the CJ Cup one shot ahead and shot 68 to finish 2 shots back.

September 2022
➖ Began the final round of the Italian Open 1 shot behind Matt Fitzpatrick and shot 68 to finish 2 shots back.

September 2022
➖ Began the final round of the BMW PGA Championship 1 shot behind the leaders and shot 67 to finish 1 shot back of winner Shane Lowry.

August 2022
✅ Started the final round of the Tour Championship 6 shots behind Scottie Scheffler and shot 66 to win by 1 shot.

July 2022
❌ Rory co-led the Open Championship with Viktor Hovland but could only manage a 70 to lose by two to Cameron Smith who shot 64. Hit every green in regulation but hardly holed a putt all day.

June 2022
✅ Co-led the Canadian Open and shot 62 to win by 2 shots. A convincing performance despite one or two blips on the back nine.

March 2022
❌ Rory was in joint 2nd place (shots behind) going into the final round of the Arnold Palmer Invitational.  A disappointing 76 (2nd worst of anyone in the top 20) would result in a 13th place finish.

January 2022
❌ Trailed Justin Harding by two going into the final round of the Dubai Desert Classic.  Took command of the tournament early in the round but finished par-bogey on the driveable Par 4 17th and reachable Par 5 18th. Looked rattled after his poor drive on 17 and never really recovered.

November 2021
❌ Led by a stroke going into the final round of the DP World Tour Championship.  Was unlucky to make bogey on the 15th when his approach shot struck the pin and bounced back into the bunker.  Was leading at that point but wheels fell off coming in and he signed for a 74 to slip to 6th.

October 2021
✅ Trailing Rickie Fowler by two shots at the CJ Cup, Rory shot a final round 66 to win by 1 shot.

August 2021
➖ Rory was 3 back going into the final round at the Olympics, matched winner, Xander Schauffele's 67, to lose out by three.

June 2021
❌ Began the final round of the US Open 2 shots behind the leaders. Shot 73 to finish 5 shots behind Rahm, a poor performance by his standards.

May 2021
✅ Trailing by a shot going into the final round of the Wells Fargo Championship, Rory shot a final round 68 to win by a shot.

January 2021
❌ Began the final round of the Abu Dhabi Championship 1 shot ahead of Tyrrell Hatton. Shot 72 to finish 5 shots behind Hatton who shot 66. A really poor effort.

June 2020
❌ Rory headed into the final round of the Charles Schwab 3 shots back from leader Xander Schauffele. Started with a bogey at the par 5 1st (easiest hole on course) and played the front nine in 6 over par to completely eliminate himself. Finished 32nd, 9 shots behind winner Daniel Berger. Note it was first tournament back from Coronavirus with no fans present on course.

March 2020
❌ Rory shot 76 (joint worst of anyone in the top 15 in the final round at the Arnold Palmer Invitational when trailing Tyrrell Hatton by 2 shots with a round to go.

February 2020
❌ Rory held the joint lead going into the final round at The Genesis Invitational.  He shot a 73 (2nd worst score of anyone in the top 16) to lose out by 3 shots in 5th place.  Despite the collapse, Rory's overall record on the PGA Tour stands at eight wins from fourteen 54 hole leads.

January 2020
➖ Rory was 3 back going into the final round at The Farmers Insurance Open, shot an acceptable 69 but remained three shots off the pace.

November 2019
✅ Rory led by a shot at the WGC HSBC Champions with a round to go and shot a 68 to make a playoff against Xander Schauffele.  He would win the playoff with a birdie at the first playoff hole.

September 2019
✅ Rory was three shots back going into the final round at the European Masters.  Birdied 5 of the last 7 holes to shoot 67 and get in a playoff.  Failed to win in Switzerland in a playoff for the second time in his career.

August 2019
✅ Rory shot a 4 under par final round at the Tour Championship to overcome a one shot deficit as they entered the final day (note - most of the third round and final round were played on the Sunday due to weather delays on the Saturday).  Rory was comfortable winner in the end.

June 2019
✅ Held the joint 54 hole lead at the Canadian Open before shooting a blistering 61 to win by 7 shots.

Avoid When Playing Here
Rory tends to struggle with Poa Annua greens as he mentions in significant quotes below. He's a player who is best avoided at events in California for that reason. Rory also struggles to win where he gets off to a slow start.  He has 26 career victories and 23 of those wins have opened with a first round in the 60s.  This also correlates with his poor record when trailing with one round to go, Rory takes on shots that he doesn't need to take on in an effort to make up ground.