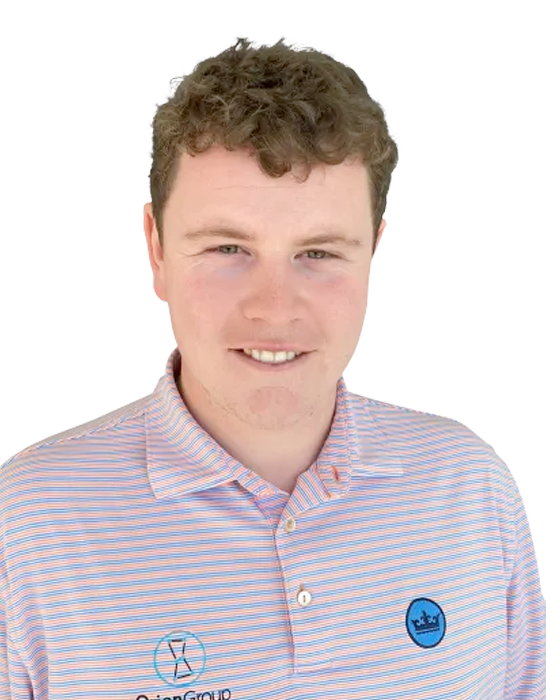 After two years of trying and three 2nd place finishes, Robert (or Bob as he is often known) finally bagged his first European Tour title at the 2020 Cyprus Showdown, a shootout event where all 16 players started the final round at level par. The Scot had already been in the world's top 100 since the end of 2019 but the victory lifted him inside the top 60 by the end of 2020.

MacIntyre is an extremely talented left handed golfer with an aggressive game. Much of his results depend on his putting, but if he can improve on the greens, he can be expected to go from strength to strength following his win in Cyprus.

He has commented that he prefers events where you don't need to go mega low to win. He has performed extremely well in Dubai recently with poor Sunday efforts costing him a win. He can be backed in any Dubai event.

January 2021
Began the final round of the Dubai Desert Classic 1 shot behind Paul Casey. Shot 74 after three rounds in the 60's previously to lose by 5 shots. It was a poor performance.

December 2020
Bob went into the final round at the DP World Tour Championship only one shot off the pace.  Shot the joint worst score of the day (77) to slip to 23rd.  Looked extremely nervous playing with Patrick Reed in the final round.

December 2020
Started the final round of the Golf in Dubai Championship five shots behind leader Andy Sullivan.  A disappointing 72 (joint worst of anyone in the top 25) saw him slip to 19th.

November 2020
Won the final round of the Cyprus Showdown where the last 16 all started at level par. It was his lowest round of the week.

November 2020
Started 2 shots behind Jamie Donaldson at the Cyprus Open. Shot 65 to finish 2 behind Callum Shinkwin who shot 64. A strong final round effort.

November 2019
Began the final round of Turkish Airlines Open 3 shots behind Matthias Schwab. Shot 69 to finish 2 shots back from Tyrrell Hatton who shot 67.

October 2019
Began 2 shots behind Matt Fitzpatrick at the Italian Open. Shot 71 to finish 5 shots behind Bernd Wiesberger who shot 65.

Summary
Robert won in Cyprus under an unusual showdown format but since the he has shown he still needs to improve drastically in contention with three very poor performances in Dubai. We have set his GBC Pressure Performance Rating to 2 stars.

Major's
Robert was 6th in his Open Championship debut in 2019 and followed it with two made cuts at the PGA and US Open in 2020. Growing up in Scotland, he should be very comfortable at future Open Championships and it would not surprise for him to bag one eventually. He has the long game to compete in all the majors, however he will need to build some experience in the US first.

WGC's
Best finish of 17th at a WGC at the HSBC Champions. It shouldn't be long before Robert contends at this level following his win in Cyprus.

November 2020
"I went to see Paul, a psychologist, who has helped me, helped me in a huge way. I was coming down the stretch there just knowing what to do - just take your time and be yourself."

"I didn’t have the motivation for a wee while, I wasn’t wanting to play golf and wasn’t enjoying it. I finally got the bug back and it’s what happens. You start practising more, enjoying it, you could see the smile on my face last week, never mind this week."