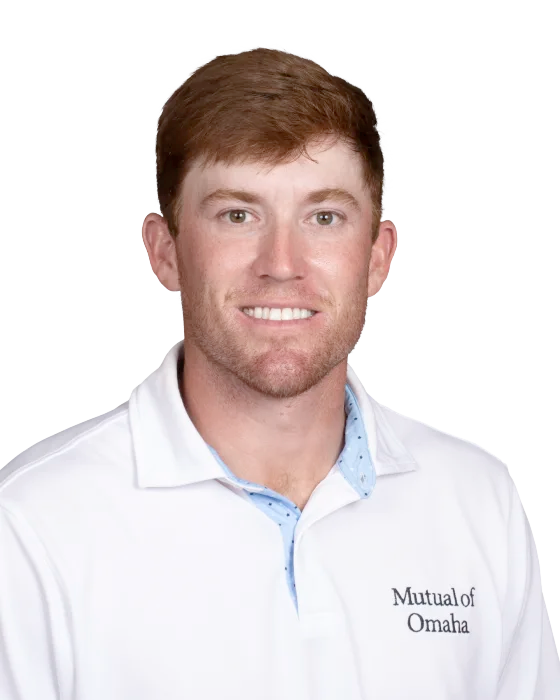 Robby turned pro in 2016 after a decorated Amateur career which included a 3rd place finish at the 2015 Barbasol Championship on the PGA Tour.  This was the best finish by an amateur in a PGA Tour event since Phil Mickelson won the 1991 Northern Telecom Open.  Robby's pro career has taken a more gradual route and he has shown steady progression to reach the PGA Tour.  A win on the Canadian Tour in 2017 helped him reach the Korn Ferry Tour in 2018.  A season of consolidation followed before two wins in 2019 enabled him to graduate to the PGA Tour.

A 3rd place finish at the 3M Open was the highlight of his rookie season on the PGA Tour.  He'll now look to push on and challenge for a Tour title in 2021.

It's also worth noting that Robby's best finishes on the Korn Ferry Tour in 2018 and 2019 came at the Knoxville Open and the Nashville Open, both courses being located in Tennessee.  Given Robby lived and went to college in Alabama and is a self confessed "homebody" he probably feels comfortable in this area.

March 2020
Robby was four shots back at the Honda Classic.  Shot an acceptable 70 but was never in contention.

September 2019
Held the second round lead at A Military Tribute at Greenbrier after rounds of 62 and 65.  However, could only manage 70-70 over the weekend to finish 7th.

May 2019
Held the 54 hole lead at the Nashville Open but started nervously as he bogeyed the first 4 holes.  He did well to birdie the last hole to force a playoff, which he subsequently won.

April 2019
Held the lead for the first three rounds at the Robert Trent Jones Golf Trail Championship.  Despite shooting a more than acceptable 69, he lost out by a shot.

Summary
Robby has demonstrated nerves when in contention and his Golf Betting Club Pressure Performance Rating is set at 3 stars given he is likely to experience nerves when trying to win on the PGA Tour for the first time.  However, we expect this rating to change as Robby gains more experience.

Stays Hot
Robby has shown that he can maintain a hot streak, having recorded four top 4 finishes in 5 starts (including two wins) whilst playing the Korn Ferry Tour in 2019.

Major's
Assuming Robby remains on his upward trajectory there is no reason why he cannot contend in Majors once he has established himself on the PGA Tour.

WGC's
Not qualified for any yet.

Robby was involved in two playoffs in 2019.  He lost out to Lanto Griffin in April 2019 at the Robert Trent Jones Golf Trail Championship but defeated Scottie Scheffler two weeks later at the Nashville Golf Open.

August 2019
Honestly he’s (Thomas Twitty, personal trainer) been the biggest part of this year.  Everything is finally happening and I’m finally feeling really good week-in and week-out, and there’s just nothing to worry about.  The group around me right now is amazing.  We all believe in what I’m doing, and I believe in those guys. It’s nice to have. I just haven’t had that security for the past three years. It’s really cool."