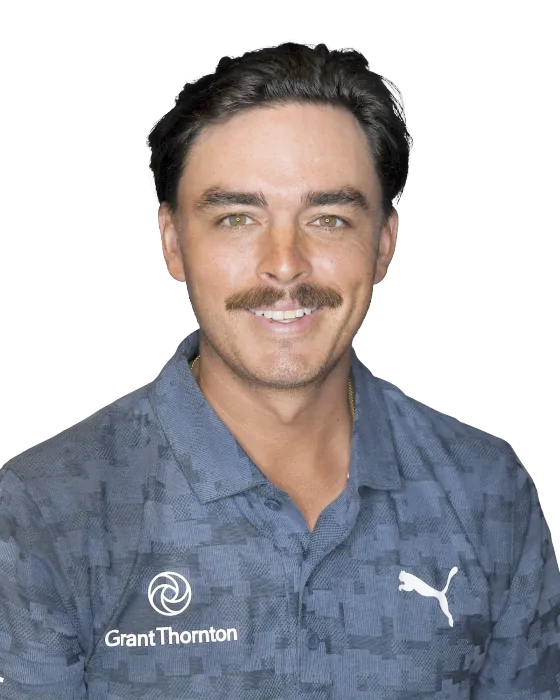 Rickie Fowler has five PGA Tour titles to his name, including the prestigious Players Championship which he won in 2015. He also has two European Tour titles – Scottish Open (2015) and Abu Dhabi Championship (2016), which led him to his highest ever world ranking of 4th.

Ricky turned professional in 2009 following 36 weeks as the number one ranked amateur golfer. It wasn’t long before he had a become a fan favourite in America and became famous for his all-orange outfit.

However, since his win in January 2019 in Phoenix, Rickie has slid down the world rankings and ended 2020 outside the top 50 for the first time since 2010. He briefly fell out of the top 100 in 2021 before showing some form at the end of the year.

Had their first baby November 2021.

Summary
Ricky has 5 PGA tour victories including the Players Championship, however only one of these have come since 2017 and he almost threw that away as well. There has to be some serious doubts about his ability to get over the line at the moment and with only two out of eight 54-hole conversions, he can be layed if leading at short odds. His Golf Betting Club Pressure Performance Rating is set at ⭐⭐.

October 2022
➖ Started the final round of the ZOZO Championship leading by 1 shot and shot 70 to lose by 1 shot.

October 2021
❌ Led Rory Mcilroy by 2 shots at the CJ Cup before a final round 71 meant he lost out by 3 shots.  A nervy performance back in contention for the first time in a while.

August 2020
❌ Began the final round of the WGC - FedEx St. Jude Invitational 2 shots behind Brendon Todd. Shot 73 to finish 15th, and looked a shadow of himself.

January 2020
❌ Co-led the American Express with Scottie Scheffler but shot 70-71 over the weekend to finish 10th, 8 shots back of winner Landry.

March 2019
✅ Began the final round 2 shots behind Wyndham Clark at The Honda Classic and shot 67 to miss out on a playoff by 1 shot as winner Keith Mitchell also shot 67.

August 2019
✅ Began the final round of the Waste Management Phoenix Open with a 4-shot lead and won by 2 strokes after recording a double bogey and triple bogey on route to a closing 3-over 74. Became the first player since 1983 to win with both a double bogey and triple bogey or worse in the final round. Triple bogey came at No. 11 at TPC Scottsdale after he chipped his ball into the water and received an additional penalty when the ball rolled back into the water after he had placed it back into play. Marked the second time of seven occasions he converted a 54-hole lead to victory.

February 2018
❌ Entered the final round of the Waste Management Phoenix Open with a 1 shot lead. Closed with a 2-over 73 to finish 11th, 6 strokes behind winner Gary Woodland. Marked his fifth (out of six) 54-hole lead/co-lead he was unable to convert to victory.

Unpredictable
Several of Rickie’s wins have followed a poor finish the week beforehand. Win at 2015 Deutsche Bank Championship followed a MC, Scottish Open victory the same year followed a MC and Phoenix Open win in 2019 followed a 66th place. The 3rd palce finish at the CJ cup in 2021 followed two missed cuts, as did his 8th at the PGA Championship.

Wind Expert
Big finishes in Phoenix and Honda in 2019 and previous wins in Scotland and Players Championship.