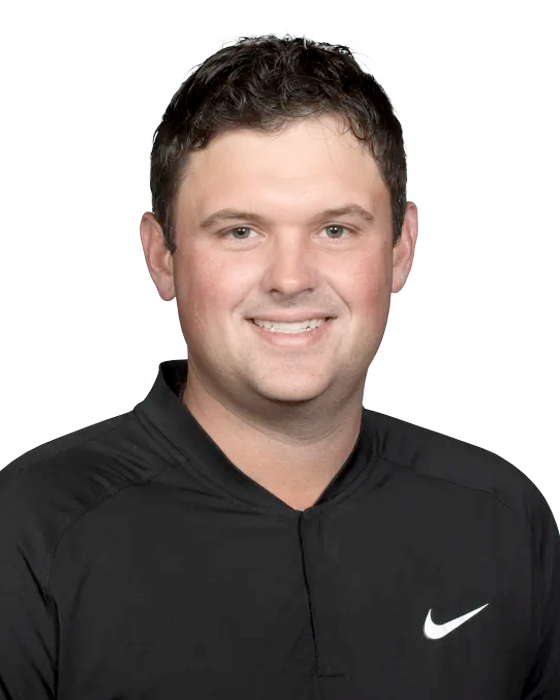 Patrick Reed is nicknamed 'Captain America' due to a successful Ryder Cup record in which he has caused much controversy over the years for his outlandish behaviour. He is a Masters champion after winning the Green Jacket in 2018 and also has two WGC's to his name. Other prestigious events he has won include The Northern Trust, The Barclays, Wyndham Championship and Tournament of Champions.

Reed has always found a way into the spotlight. While at Georgia, he had an arrest for underage drinking and possessing a fake ID. He pleaded guilty to the misdemeanour and was put on probation, fined and sentenced to 60 hours of community service.

After the 2018 Ryder Cup, Reed questioned Jordan Spieth and U.S. captain Jim Furyk about the breakup of the previously successful Reed-Spieth Ryder Cup pairing. Reed was quoted as saying "The issue's obviously with Jordan not wanting to play with me". There has been concern expressed that Reed's public flaming of his teammates and captain will negatively impact on his ability to play on future Ryder Cup and President Cup teams.

Reed has been at the centre of various rules incidents, dating back to his days in college golf at UGA and Augusta State, claims Reed has vociferously denied. Most notably, Reed was heavily scrutinized for an infraction committed at the 2019 Hero World Challenge, where Reed, then leading the tournament, twice moved sand behind his ball in a waste area, seemingly improving his lie, to which Reed responded that he had not noticed the movement and cited his angle compared to that of the camera's for his lack of realisation. Reed ended up being penalised two strokes for improving his lie. He received heavy criticism for his actions and initial response, from players and commentators alike.

Reed has not spoken to his parents Bill and Jeannette Reed or his younger sister Hannah since he married his wife Justine in 2012. Reed did not invite his parents or his sister to his wedding and only considers Justine's family close. Reed's family has continued to attend tournaments where he played, even after Reed asked security to escort them out of the 2014 U.S. Open.

Whether he is liked or not, Reed is one of the toughest competitors on tour and demands respect in any tournament he enters. He is solid under pressure and there are not many better players around the greens. He can be expected to continue his impressive win run and is one to back if near the top of the leaderboard in-play over the weekend.

Patrick turned 30 in August 2020.  Patrick had pneumonia in August 2021 that caused him to miss several events and he was quoted as saying he "was battling for his life."

Summary
Patrick was rock solid when leading his first major at the Masters and has been a clutch player in the Ryder Cup over the years.  There have been a few poor efforts in contention of late which have reduced his Golf Betting Club Pressure Performance Rating to ⭐⭐⭐⭐.  He remains a very capable front runner.

February 2021
❌ Four shots back at the WGC Concession.  Patrick shot a final round 72 to slip from 5th to 9th.

January 2021
✅ Began the final round of the Farmers Insurance Open tied for the lead with Carlos Ortiz. Shot 68 to win by 5 shots. A masterclass in front running.

December 2020
❌ Patrick was joint leader at the DP World Tour Championship.  He struggled off the tee and could only manage a 70 to slip to 3rd.

October 2020
➖ Playing the BMW PGA at Wentworth, Patrick was tied 4th after 54 holes and shot a 68 to move up to tied 3rd.  Never in serious contention due to Tyrell Hatton's excellent play.

June 2020
✅ Patrick entered the final round at the Charles Schwab Challenge 3 shots back.  Shot a solid 67 to miss out on a playoff by two shots.

February 2020
✅ Won his eighth PGA TOUR title at the World Golf Championships-Mexico Championship, his second WGC victory and second at the event. Began the final round 1 shot behind Justin Thomas and shot 67 to win by 1 shot ahead of Bryson DeChambeau. Leader Thomas shot 73.

January 2020
✅ Began the final round 4 shots behind Xander Schauffele and shot 66 to get in a three-man playoff at the Sentry Tournament of Champions, the other player being Justin Thomas who shot 69. Lost to Justin Thomas in the three-hole playoff.

August 2019
✅ Entering the final round with a 1 shot lead over Abraham Ancer, carded a 2-under 69 to edge Ancer by 1 stroke and win The Northern Trust for the second time in his career. Converted the 54-hole lead/co-lead into a win for the fifth time in seven attempts on Tour.

November 2018
➖ Began the final round tied for the lead with Danny Willett at the DP World Tour Championship, Dubai and shot 70 to finish 2nd place, 2 shots behind Willett who shot 68.

October 2018
❌ In first start of the season, opened with an 8-under 64 on route to a T7 at the World Golf Championships-HSBC Champions. Held a 2-shot lead after 18 holes. Started the final round on same score as winner Schauffele who shot 68 however Reed finished with 77 – 9 shots worse off.

April 2020
✅ Shot a final-round 1-under 71 for a 15-under 273 total to win the Masters Tournament by one stroke over Rickie Fowler. Claimed his sixth PGA TOUR title, and first major championship, in his 166th TOUR start at the age of 27. Marked his sixth time holding the 54-hole lead/co-lead on the PGA TOUR and fourth victory in that scenario. Was his first 54-hole lead in a major championship.

Remarkably, there is nothing which can be picked up for Patrick.  He's won in all manner of ways and performed well at a range of different events.

Events to back Reed

Sentry Tournament of Champions
Patrick has an excellent record at Kapalua, having won in 2017 and recored two further runner up finishes.  He's on record as saying he wished "more courses were like" Kapalua and so he has to be under consideration for the season opening event on the PGA Tour.

Farmers Insurance Open
Patrick hasn't finished outside the top 23 in the Farmers since 2016 (he didn't play 2017).  He will be the defending champion in 2022 and must be considered as a betting option.