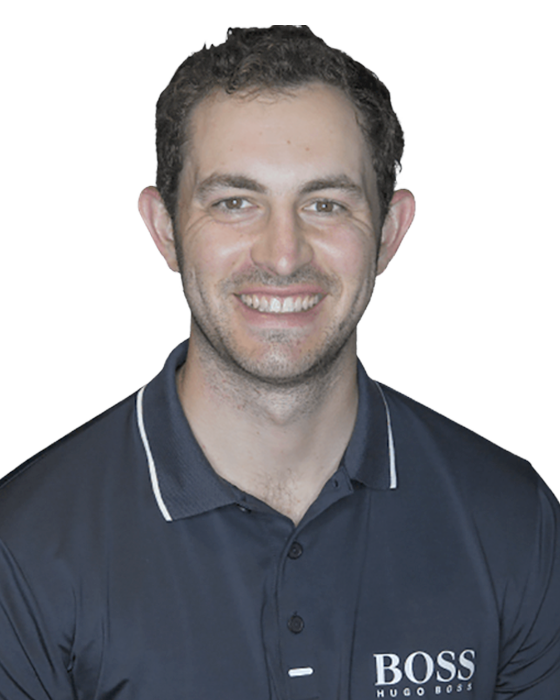 Patrick had a decorated amateur career, ranking amateur number 1 for a record 54 weeks and finishing runner up at the US Amateur in 2011. However, he suffered a back injury in 2013 whilst warming up for an event and that would see him only play 6 events between 2014-2017. That period was further

It's to Patrick's credit that he came back in 2017, making 14 appearances without missing a single cut. He also ended the year with a win at the Shriners Hospitals for Children Open.

He's since gone on to win four more times on the PGA Tour and is a fixture inside the world's top 10 now.

Patrick turns 30 in March 2022. We've already seen a huge improvement in performance in 2021 and expect further strong improvements as he heads towards the milestone age of 30.

Summary
Patrick has been poor lately in contention. His Golf Betting Club Pressure Performance Rating is set at ⭐⭐⭐​.

October 2022
❌ Started the final round of the Shriners Open tied for the lead with Tom Kim and shot 69 to lose by 3. Made a triple bogey on the 72nd hole after a wild drive.

June 2022
❌ Trailed Xander by one at the Travelers Championship. Shot 76 to finish NINE back, a shocking performance.

April 2022
➖ Began the final round of the RBC Heritage one shot behind Varner and shot 68 to reach a playoff with Jordan Spieth, where he threw it away with a poor 2nd shot resulting in a plugged lie.

February 2022
➖ Began the final round of the Phoenix Open 2 shots behind Sahith Theegala. Shot 67 to enter a playoff with Scottie Scheffler, which he lost to a birdie. Had a good birdie cahnce on his 72nd hole which would have won him the tournament.

February 2022
❌ Began the final round of the AT&T Pebble Beach 1 shot behind the leaders but could only manage a 71 to finish 4 shots back of winner Hoge. A poor performance.

August 2021
✅Joint leader at the BMW Championship after 3 rounds, Patrick shot a final round 66 to force a playoff with Bryson DeChambeau.  Patrick put his tee shot in the water on the 17th but make a great bogey.  He would then go on to birdie the last.  A birdie at the sixth playoff hole won it for him.  An exceptional performance, recorded the highest SG: Putting figures ever recorded (since 2003).

June 2021
✅Began the final round of The Memorial tied for the lead with Collin Morikawa. Shot 71 to tie Morikawa after 72 holes and then defeated him in playoff.

February 2021
➖ Two shots back at the AT&T Pebble Beach Pro-Am, Patrick fired a 68 to slip from 2nd to 3rd.  An acceptable performace.

January 2021
✅Began the final round of The American Express 4 shots behind Si Woo Kim. Shot 61 to lose out on a play off by one shot. Kim had to birdie 16 and 17 to beat him. It was the best round of the day by 3 shots and holed a long birdie putt on 18 to give himself a chance.

October 2020
✅Patrick trailed by three shots going into the final round at the Zozo Championship. Shot a final round 65 which included nine birdies to win by a shot. Did well to win but was helped by poor final rounds from Justin Thomas and Jon Rahm.

October 2020
❌ Held a share of the 54 hole lead for the first time in his career at the Shriners Hospitals for Children Open. Missed a 5ft par putt on the first hole which set the tone for the rest of the round and he slumped to a 73, the worst score of anyone in the top 30.

October 2019
➖ Held the joint 36 hole lead and was two shots behind with a round to go at the Shriners Hospitals for Children Open. Shot a 68 but lost out in a playoff to Kevin Na.

August 2019
✅Was a distant 2nd to Justin Thomas with 18 holes to play at the BMW Championship. Did well to shoot a 65 but was a long way off and lost out by three.

June 2019
✅Patrick was four shots behind Martin Kaymer at The Memorial. An excellent final round 64 was enough to see him win by 2 shots.

Stays hot
Patrick is a player who is capable of staying hot, he has multiple examples of posting consecutive top 10 finishes.

Goes well fresh
Patrick produced a win and a 2nd in 2021 after a week off. He plays fewer tournaments than most and has the ability to turn it on after a rest.