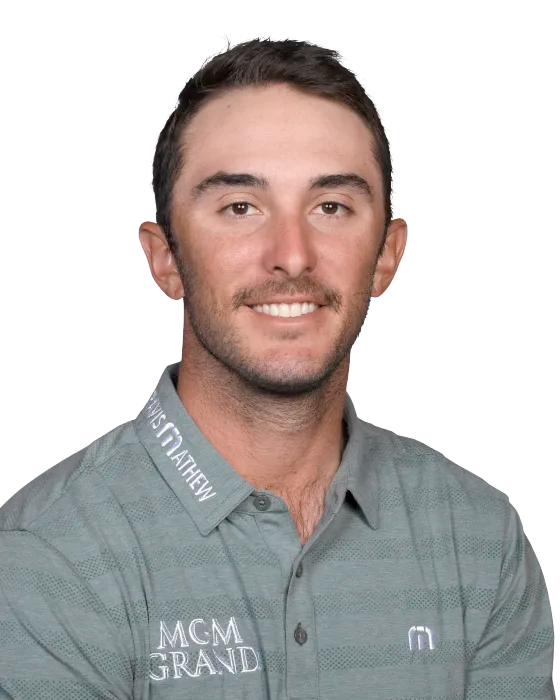 Max had a very solid 2020, posting four top 10 finishes on the PGA Tour and ending the year 100th in the world golf rankings. This built upon a breakthrough year in 2019 where he won the Wells Fargo Championship, 3 weeks before his wedding. He continued his climb up the rankings in 2021 with a win at The Genesis Inviatational.

Prior to 2019 he bounced between the PGA and Korn Ferry Tours. He won his first professional golf tournament at the 2014 BMW Charity Pro-Am which earned him his PGA Tour card for 2015 however lost his tour card and returned to the KFT where he won his second tournament at the 2016 Rust-Oleum Championship. He only made 2/17 cuts on the PGA Tour in 2017.

Max is also famous on twitter for ‘roasting’ his twitter followers golf swings and gets called The PGA Tour’s Twitter King. It all began when a twitter follower tweeted him asking him to ‘Roast my golf swing like you’re Gordon Ramsay roasting food”. Ever since then requests have flooded in and amusingly, he doesn’t show much mercy! Fellow professionals Justin Thomas and Eddie Pepperell have also been on the receiving end.

Max got married in May 2019 and it was his 30th Birthday in November 2020. It was no surprise Homa bagged another win in 2021 having reached that landmark age.

February 2021
Began the final round of the Genesis Invitational 2 shots behind Sam Burns and shot 66 to reach a playoff with Tony Finau. He missed a 3ft putt on the 18th for birdie to win without a playoff but did well to compose himself to defeat Finau in the playoff.

January 2021
Began the final round of the American Express joint leading with Si Woo Kim. Shot 76 - a whole 12 shots worse than Kim and 16 shot worse than Patrick Cantlay! Worst score out of the top 40 that day.

March 2020
Started the final round 3 shots behind at the 2020 Genesis Open, shooting 70 to maintain 5th place, 3 shots behind eventual winner Adam Scott.

May 2019
Homa’s made his breakthrough win at the Wells Fargo Championship where he entered the final round with a tie for the lead with Joel Dahmen and Jason Dufner. It was the first time he had held at least a share of the lead on the PGA Tour and he shot a 67 to finish 3 shots ahead of Dahmen. Afterwards, Homa accredited that performance to his experiences winning on the Korn Ferry Tour in previous years.

June 2016
He came from 7 shots back on Sunday to win the Rust-Oleum Championship by one shot, with a final round 67.

May 2014
He started the final round of the BMW Charity Pro-Am 2 shots back and shot a 63 to win by a stroke.

Summary
Both Homa’s Korn Ferry Tour victories were via final round charges from off the pace and his PGA Tour wins were converted with a shared lead and 2 back. He is best supported from slightly behind the leaders. His Golf Betting Club Pressure Performance Rating is set to 4 stars.

Favourite Tournament
Max has a very solid record at the AT&T Pebble Beach Pro-Am, having finished 7th, 14th and 10th there the past three years. The relaxed nature of the event and playing with amateurs may suit his nature. He also has a great record at the Genesis Invitational 1st and 5th last two years.

Homa played a U.S. Open in 2013 as an amateur, missing the cut. He didn’t play another major until the 2019 PGA championship finishing 64th. He is a player who is improving fast with solid stats so don’t be surprised to see Homa improve on this record in the near future.

WGC's
Made his WGC debut in 2019 at the WGC – St Jude Invitational finishing 61st and followed it with a 52nd in 2020. Same improvement expected here as the majors.

1-0. Defeated Tony Finau with two pars at the 2021 Genesis Invitational.

Charles Schwab Challenge, 2019
“I did become sharper in other areas and my biggest one was kind of the mental side of golf. I think I became very good at course management but personally, like "Max Management," figuring out how I was going to keep my emotions in check, how I was going to be mentally prepared for adversity and all these things that go along with every round of golf, I don't care how great you play.”

“That's where I think the Web tour does such a good job; winning on the Web tour, sure, I don't know if I would have won the PGA TOUR event that week I had done it before, not against Rory and Jason Dufner and Pat Perez and all these people, but I had done it before. So it didn't feel completely foreign, but yeah, it is different. For the first time, I did do that. I played with Rory on Saturday and hung in there and ended up winning the golf tournament. The confidence level in that.”