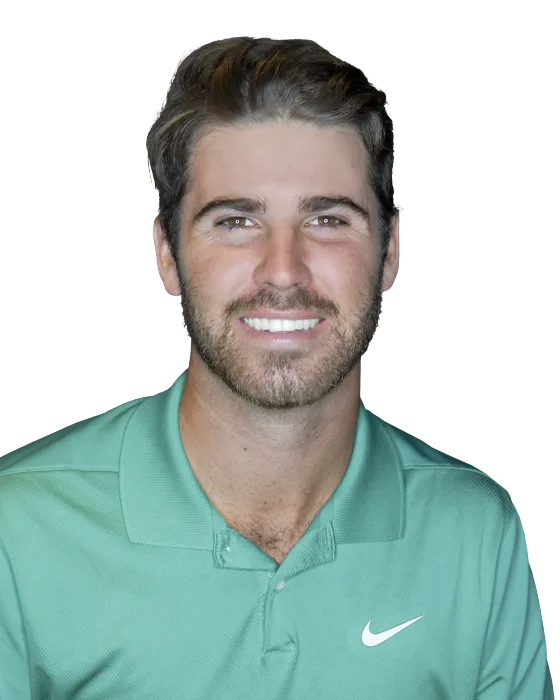 Matthew emerged from the sam cohort as Viktor Hovland and Collin Morikawa.  Turning pro in June 2019, Matthew initially made the transition to the professional game with ease.  However, mental health problems in 2021 which caused him to miss a number of events.

Matt has an unorthodox swing which generates incredible power. A PGA Tour winner in 2019 (3M Open), he is a player with huge potential and likely to win many more times on Tour.

Matthew only turned pro in 2019.  He suffered with mental health issues in 2021.  We saw him in a better place mentally at the end of 2021 and this in turn led to improved performances.

Summary
There remain question marks over Matt's performances under pressure so his Golf Betting Club Pressure Performance Rating is set to ⭐⭐.  One to side with when coming from off the pace rather than leading.

November 2021
❌ Leading by two at halfway at the Mayakoba, he shot a 2nd worst of the day 74 to throw away any chance of winning.

October 2021
❌ One shot back going into the final round of the Shriners Childrens Open, Wolff led after nine holes.  However, sloppy bogeys on the 10th and 13th cost him any chance of winning.  Sungjae Im would have won regardless but it was a disappointing back nine from Wolff.

October 2020
✅ Began the final round of the Shriners Hospitals for Children Open two shots back.  Shot 66 to force his way into a playoff but was defeated by a Martin Laird birdie.

September 2020
❌ Led the US Open after three rounds.  Was unable to back up a sparkling Saturday 65 as he closed with a 75 to finish 2nd.

August 2020
✅ Began the final round of the PGA Championship 4 shots behind Dustin Johnson and shot 65 to finish in 4th place, 3 shots off the winner Collin Morikawa.

July 2020
❌ Took a 3 shot lead into the final round of the Rocket Mortgage Classic over Ryan Armour and Bryson DeChambeau after rounds of 69-64-64. Shot 71 including playing his first 10 holes in +3 to finish 3 shots behind Bryson who shot 65. Looked very nervy until he was far enough back to play like he had nothing to lose.

July 2019
✅ Matthew held the joint 54 hole lead at the 2019 3M Championship and successfully converted when holing an eagle putt on the 72nd hole.  He was very impressive in winning, beating Bryson DeChambeau and Collin Morikawa in a thrilling finish.

Unpredictable
Matt won the week after missing the cut and his 2nd at RSM also followed a MC. Early indications are he's going to be a player who is either boom or bust. He may well have won in his 3rd start on tour as a pro but he has failed to record any other top 10 finishes in 18 appearances on the PGA Tour at the time of writing (April 2020).  Don't be afraid to back Matthew if seemingly not on form if the course suits.

Loves a birdie fest
Win at 3M Classic, 2nd at the 2020 Rocket Mortgage Classic and 2nd at the 2020 Shriners Hospitals for Children Open were all events where he shot lower than -20. In general, he suits easy courses which he can attack.

Events to back Wolff

Shriners Children's Open
Matt's record at TPC Summerlin is outstanding.  Three appearances have yielded two runner up finishes and a further top 20.  He's on record as saying he "really likes this course. I like the way it sets up."

Matt's sole playoff ended in defeat as he lost out to a Martin Laird birdie at the 2020 Shriners Hospitals for Children Open.  He was steady in the playoff.

2021 Shriners Children's Open
"I'm probably the most confident I've been -- I can almost say since I've turned pro. The last six months I haven't really been playing well and I feel like my swing just got a little out of whack and it was something a little smaller than I thought it was. But working on the right stuff now, sticking to the process, and just feel like I'm in a really good spot, not only physically, but mentally as well. Just having a lot better time out there, being happy and enjoying myself."

2021 Sanderson Farms Championship
"I feel like my game's finally starting to come around and I'm working on the right things and not only that but I just feel like I'm in a better happier spot than I was last year."

2019 John Deere Classic
"The firmer the better. I hit it high and I can spin the ball a lot on the greens. I think I like playing harder courses not only condition wise but just score wise, and it's cool. This course is in amazing shape. The greens are a little old-fashioned last week, but like I said, perfect, and it suits my eye, so I like being out here."