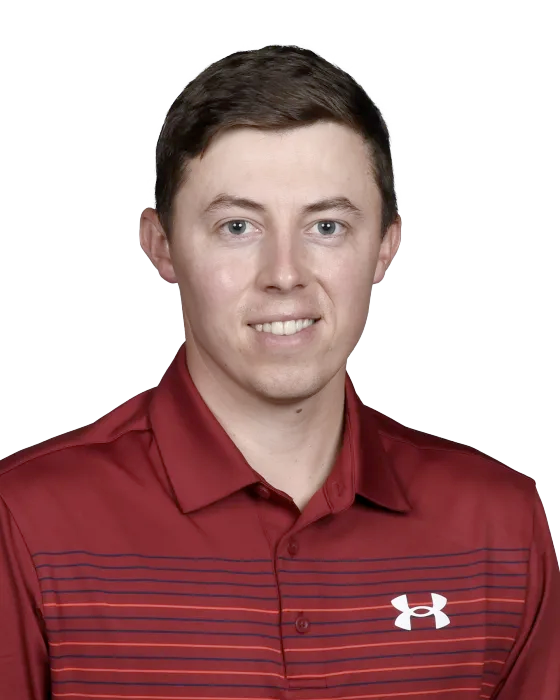 Matt has been a fixture in the top 50 of the Official World Golf Rankings since the end of 2015. He won the US Amateur Championship in 2013 and made the transition to the paid ranks with ease, winning his first title at the 2015 British Masters.

Matt took his career to a new level in 2022, winning The U.S. Open at The Country Club.

Matt has a younger brother Alex, who turned professional in 2022.

Summary
Matt is generally reliable in contention and showed what he is made of to claim the US Open title.  His Golf Betting Club Pressure Performance Rating is set to ⭐⭐⭐​⭐.

May 2022
❌ Matt trailed Mito Pereira by 3 shots at the PGA Championship. Shot 73 to finish 2 shots back of the playoff, didn't perform to his ability that day.

May 2022
✅ Matt trailed Keegan Bradley by five shots at the Wells Fargo Championship after 54 holes. Shot a 67 to finish two shots back of Max Homa who shot 68.

October 2021
✅ Final round 66 from off the pace to finish 2nd to Collin Morikawa at the DP World Tour Championship.

October 2021
✅ Three shot victory at the Andalucia Masters with a closing 69, helped by round three leader Laurie Canter who shot 76.

July 2021
✅ Joint leader going into the final round of the Scottish Open, Matt shot a final round 67 to make a playoff with Min Woo Lee and Thomas Detry.  He would lose the playoff.

February 2021
➖ Two shots back going into the final round at the Genesis Invitational, Matt could only manage a level par 71 to slip from 2nd to 5th.

December 2020
✅ Matt was joint leader at the DP World Tour Championship with 18 holes to go. He was 5 under through the first seven holes and was never under any pressure until the last hole, where a par was enough to win by a shot.

October 2019
✅ Matt was unlucky to lose out at the Italian Open when, after leading by one shot after 3 rounds, Bernd Wiesberger shot a best of the day 65 at the Italian Open to pip him by a shot. It should be noted that Matt traded below even money on the Betfair Exchange before he put his ball out of bounds on the par 5 9th hole and made double bogey.

August 2019
➖ Matt was bettered by someone shooting a 64 (as Francesco Molinari did at Bay Hill earlier in the year) when he lost out to Erik Van Rooyen at the Scandinavian Invitation (he started 1 shot behind this time).

June 2019
✅ If Matt was unfortunate to be pipped on three occasions other occasions in 2019, he could have no excuses at the BMW international. Starting the final round 1 shot behind third round leader Jordan Smith, he traded at 1.20 on Betfair when he drove it greenside on the driveable par 4 16th. However, he somehow only made par and then went on to bogey 17 before managing to birdie the last to salvage a playoff.

March 2019
➖ He led at the Arnold Palmer Invitational by 1 shot going into the final round and shot a 1 under 71 which would have been enough were it not for Francesco Molinari shooting a sublime 64 to win from well off the pace.

Goes Well Fresh
Matt produced a win and two 2nd place finishes after weeks off in 2021. He also won the DP World Tour Championship in 2020 after weeks off.

Time of the year
Six of Matt's seven wins have come between September and December so he clearly likes the end of the year.

Unpredictable
Matt is a player who has won whilst on form and won after a missed cut in his previous event so don't be put off if he seems out of form.

Events to back Fitzpatrick

DP World Tour Championship, Dubai
Matt loves this course and putts well on the Earth Course greens. He's a player who must be backed in this event going forward.

2-2. Both of Matt's titles at the European Masters (2017 & 2018) came via playoffs. Matt lost his most recent playoff at the 2021 Scottish Open.  Prior to that he lost out at the 2019 BMW International Open to Andrea Pavan. Matt played poorly in the BMW playoff, failing to birdie the par 5 on either attempt.


Q You started the season, or you started the year ranked 26 in the world and had a very consistent kind of year, but if suppose you did not have this Sunday, how disappointed would you have been with the year?
MATTHEW FITZPATRICK: Yeah, I think I would have been disappointed. There isn't -- no doubt about that. I've already talked about that with my team that I would be disappointed because I've not felt like I've contended enough this year, and I've not felt the good results coming through the back door, which is always nice, but you like to be competing.
But the big positive for me that I was going to take away from this regardless of what happened today is for the first three days, I really, really felt like I played really well. The only holes that I felt in my game were my short game the first three days. And I think it quite tough to chip around here anyway, it's very grainy and stuff.
But that was going to be the positive coming away that I felt my game was in good shape and knew what I needed to work on and we were doing well with what it was.