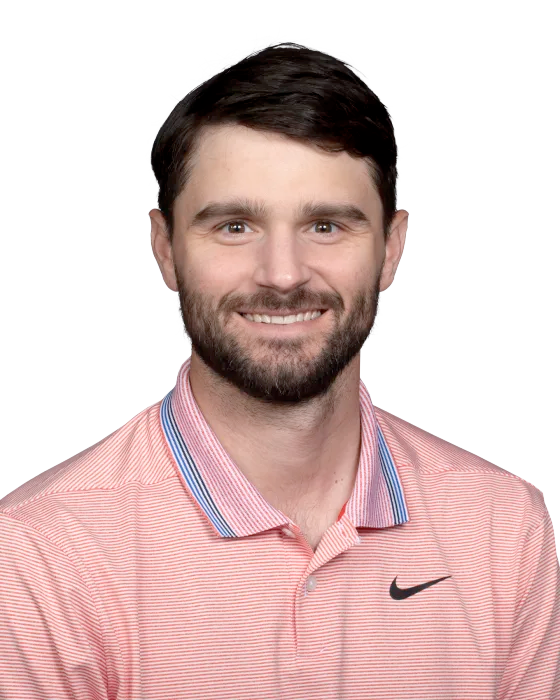 Those of you who follow the PGA Tour may remember Kyle as the man who had a "Tin Cup" moment at The Farmers Insurance Open in 2012.  Needing only a double bogey 7 on the par-5 last hole to win, he had a wedge onto the green for his 3rd shot.  Kyle proceeded to spin the ball back into the water hazard and missed a 5 foot putt for his 7.  A playoff with Brandt Snedeker ensued and as tends to happen in these situations, Kyle would go on to lose that.  Somewhat amazingly, the next week he went on to win the Waste Management Phoenix Open, coming from 8 shots back on the final day! ​

Kyle and Robert McIntyre had a somewhat public spat over Kyle's repeated failure to shout "Fore" when hitting wayward tee shots at the 2019 Open Championship.  It's fair to say it'll be an interesting round if they are ever paired again!

February 2020
Held the joint 36 hole lead at the Puerto Rico Open but could only post 71-68 over the weekend to finish five shots off the pace.

June 2018
He also suffered a playoff loss to Bryson DeChambeau at The Memorial in 2018.  In the final round of that event it was notable that he double bogeyed the 12th and bounced back with birdies at 14, 15, 16 and 17 before bogeying the 18th after his tee shot hit a tree.  He suffered unfortunate lies in the rough on that 18th hole and the playoff hole but nonetheless, a par in regulation play on 18 would have won him the tournament.

July 2017
As with his first win, his 2nd win on Tour at the Quicken Loans National came from behind (4 shots back after 3 rounds).   When he has held 3rd round leads he has struggled to convert (which isn't entirely surprising following that collapse at The Farmers).

May 2017
He was joint leader after 3 rounds at the 2017 Players Championship but posted a poor final round 75 to let his chance of winning at TPC Sawgrass slip away.

Summary
Kyle isn't one to be backed when leading.  He's poor at leading from the front, probably best evidenced by the fact he is 0-4 when leading after 18 holes and 0-5 when leading after 36 holes.  His Golf Betting Club Pressure Performance Rating is set at one star.

Bouncebackability
Rather interestingly, both of Kyle's wins have followed on closely from tournaments which have slipped from his grasp.  His win in 2012 came the week after his final hole drama and his win in 2017 came 5 events after he let the opportunity at The Players Championship slip by.  Kyle isn't one to trust in contention normally but he's one to watch out for if he's had a recent disappointment.

Major's
Kyle has a fairly average record in the Majors with a best finish of 21st coming at The Masters in 2019.  It should be mentioned that Kyle has made the cut 4 times in 6 appearances at The Open, albeit never finishing better than 39th.

WGC's
Kyle's record in  WGC events is actually very respectable.  He's been 5th and 22nd at the WGC HSBC Champions in 2017 and 2018.  He's also had a 2nd place at the WGC Bridgestone Invitational in 2018 and 5th at the WGC Matchplay in 2018.  He's a player to keep onside in WGC events if he can qualify soon.

Kyle's only playoff win came when defeating Charles Howell III with a par at the first extra hole at the Quicken Loans National in 2017.  It was a case of Howell throwing it away rather than Stanley winning so Kyle isn't one to trust in a playoff situation.

2018 Travellers Championship
Q. Considering these chilly conditions today, we had a little drizzle, and the winds were up-and-down, how good was that 65 for you?
KYLE STANLEY: Yeah, I live in Seattle, so it's a pretty typical day for us. So I was definitely comfortable. But I think with the rain this morning it maybe softened the golf course a little bit. But it's in such good condition this year. Like you said, this is my ninth year here, and I can't remember the greens being much better, so they've done a great job getting the golf course set up. I think we'll see some more good scores out there today.

Q. You put yourself in a pretty good position for tomorrow. When you're one of the top two pairings, does that put any added pressure on you the last day?
KYLE STANLEY: I mean, not really. I think we all -- maybe a little bit because you're close to the lead, but, you know, it's a place where you want to be. Once we get out there and start playing the golf course, we get so wrapped up in kind of what we're doing that I wouldn't really say it makes too much of a difference.