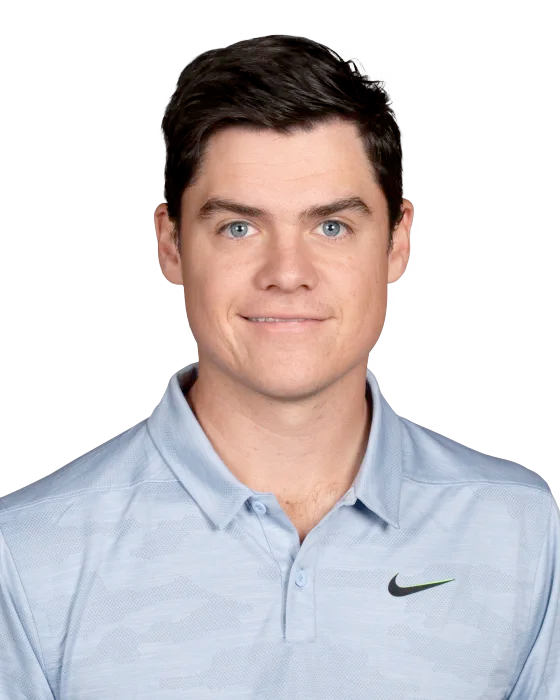 Kristoffer is a former college teammate of Viktor Hovland and Matthew Wolff who had success at the NCAA Championships. Like Hovland, Ventura is a Norwegian but also lived in Mexico as a youngster. Unlike Hovland and Wolff, Ventura played the Korn Ferry Tour in 2019, earning his progression to the PGA Tour by winning twice.

Kristoffer only turned pro in 2018.

October 2020
Began the final round of the Sanderson Farms Championship one shot behind J.T. Poston, Sergio Garcia and Cameron Davis. Shot a disappointing 71 (his worst score of the week) to slip to 6th.

September 2020
Began the final round of the Safeway Open 1 shot behind leaders and shot 70 to finish in 7th place, 4 shots behind winner Stewart Cink, who shot 65.

June 2020
Began the final round 3 shots behind at the Korn Ferry Challenge at Sawgrass. Shot 67 to finish 2 shots behind winner Luke List who shot also 67. Should be noted he was within 1 shot after 9 holes then bogied 3 holes in a row before recovering.

August 2019
Trailed by one at the WinCo Foods Portland Open. Shot a 69 to finish third.

July 2019
Led by a shot going into the final round of the Pinnacle Bank Championship. Shot a 70 to win by two shots and wrap up his PGA Tour card for 2020.

June 2019
Used the experience from a few weeks before to shoot a final round 65 (joint best of the day) at the Utah Championship to come from 3 back to get into a playoff, which he ultimately won. Included four birdies in his last seven holes.

June 2019
Trailed by 1 at the BMW Charity Pro-Am going into the final round. Shot a 69 (joint second worst score of anyone in the top 30) to finish 3rd.

Summary
Kristoffer's Golf Betting Club Pressure Performance Rating is set at 2 stars for the time being. He's struggled when in contention on the PGA Tour to date and will probably come from off the pace to record his first win on Tour.

Unpredictable
Kristoffer's two wins both came immediately after poor finishes the week before. His first win came after a 66th place finish and his second win came after a missed cut. He doesn't need to be playing well to win. He is also very inconsistent, having missed 45% of cuts in 2019..

Major's
Kristoffer is yet to play in a Major but can definitely contend in future given his long hitting and great putting touch. He needs to establish himself on the PGA Tour first.

Kristoffer defeated Joshua Creel to earn his first win on the Korn Ferry Tour in 2019.

2019 Utah Championship
“Going back to nationals [in college], really those feelings were the same as they were today. I was prepared for this moment.”