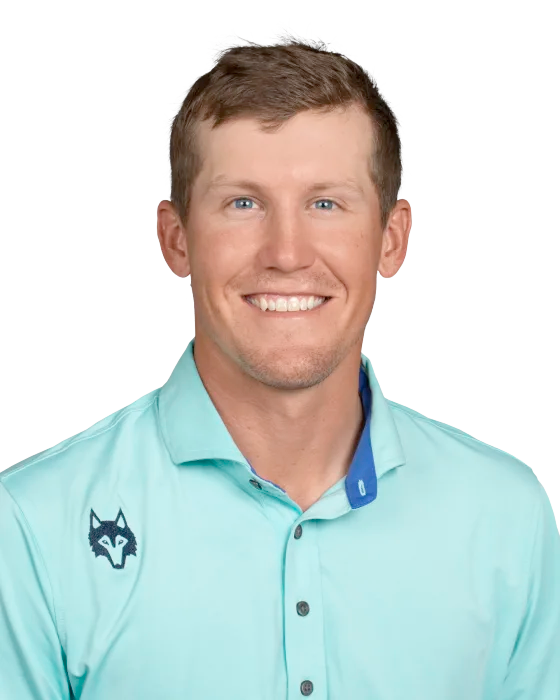 Kramer made an extremely smooth start to life as a professional as won the Mackenzie Tour order of merit in 2017. He then went on to win the DAP Championship on the Korn Ferry Tour in 2018 which helped him to qualify for the PGA Tour in 2019. Unfortunately he struggled and had to return to Korn Ferry Tour finals but did secure the 4th card available. It was another struggle in 2020 as he only managed a solitary top 10 at the Bermuda Championship.

Kramer was a member of Trinity Forest G.C, home of the AT&T Byron Nelson, for several years before turning pro.

Kramer was roommates with Jordan Spieth at college so they are good friends.

November 2020
One shot off the pace with 18 holes to go at the Bermuda Championship, could only shoot a 69 (joint worst of anyone in the top 20) to slip to 8th.

August 2019
Trailed by three shots after 54 holes at the Albertsons Boise Open. Shot a competent 67 to finish 5th.

September 2018
Held a one shot lead at the DAP Championship going into the final round and shot an impressive 68 to win by 3 shots.

July 2018
Held the joint 54 hole lead at the Lincoln Land Championship. Shot a 4 under 67 to lose out by two shots after Anders Albertson shot a 63.

Summary
Kramer has demonstrated steel when in contention and his Golf Betting Club Pressure Performance Rating is set at 3 stars. As demonstrated in Bermuda, he is likely to experience nerves when trying to win on the PGA Tour for the first time so may be better coming from off the pace.

Wind Expert
Having grown up and went to college in Texas, Kramer is pretty competent in the wind and has recorded promising finishes at events such as Puerto Rico, Mayakoba and Puntacana. It wouldn't be a surprise to see him contend at one of these lower class, wind exposed events.

Major's
Kramer has yet to play in a Major and he will need to establish himself on the PGA Tour before we can even think about considering him for elite competitions.

WGC's
Some way off this level still.

1-0. Kramer's only playoff was at the 2017 Ontario Championship where he birdied the fourth playoff hole to win.

2019 AT&T Byron Nelson
Q. Not the finish you wanted. Talk to us about it.
KRAMER HICKOK: It was great. Soft conditions and the winds were down so just absolute scoring conditions, which was great. I played at this golf course, I was a member here for two years. It just feels very comfortable out there, knowing sidelines and how the ball is going to react. Good round. Hit it really nice, best I hit it all year. Just switched putters on Monday to a Scotty Cameron Mallet. The hole looked huge.