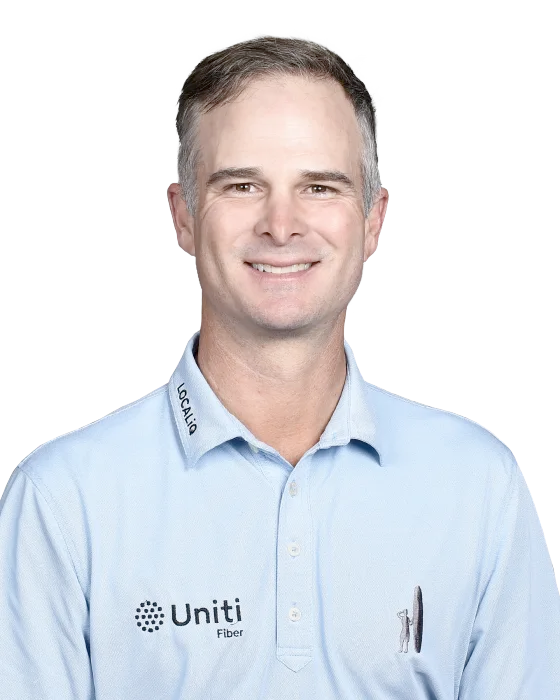 Kevin is now an experienced PGA tour campaigner, joining the tour in 2008 and gaining his first win at the 2013 Tampa Bay Championship. He then followed that in 2014 winning the Travelers Championship with a pair of weekend 64's, including seven consecutive birdies to finish on Sunday.

Kevin has been playing some of his golf in recent years with 4 Top-10 finishes in 2018, 5 Top 10 finishes in 2019 and three top 3 finishes in 2020. He tends to miss quite a lot of cuts but when he is playing well he tends to make it count with high placed finishes. Look out for his Sunday birdie charges from off the pace.

His favourite tournament is the Travelers Championship.

September 2020
Kevin was three shots back going into the final round of the Safeway Open. Shot a 67 to move himself up to 3rd place.

June 2020
Began the final round of the Travelers Championship three shots behind. Shot a 67 to miss out by a shot to Dustin Johnson.

February 2020
Finished solo-second at the AT&T Pebble Beach Pro-Am, his best result since the 2014 Shriners Hospitals for Children Open (2nd). Was the only player to record four scores in the 60s (69-67-68-68). Began the final round 7 shots behind Mickelson and finished 4 shots behind Nick Taylor who shot 70.

Summary
Kevin is one to keep onside on a Sunday when he's in the mix. Although he's not won since 2014, he hasn't done much wrong in contention and usually needs to be beaten with good golf. His Golf Betting Club Pressure Performance rating is set to 4 stars.

Fast finisher
Can often finish with a string of birdies on a final round Sunday to make a late charge. Win at Travellers in 2014 was 7 birdies to close, made seven birdies in the final round en route to a 6-under 65 at the 2018 John Deere Classic to claim a T7, closed with four birdies on his last five holes at the 2019 Memorial Tournament presented by Nationwide to finish fourth and at the 2019 Sanderson Farms Championship, made nine birdies in the final round to shoot a 64 and finish T4. Back Kevin from off the pace on a Sunday.

Avoid when rusty
Kevin himself states that he targets runs of three or four tournaments and aims to peak towards the third or fourth event. In the past three years he's failed to record a top 20 when returning after a 4+ week break.

Major's
Kevin is yet to record a top-10 in a major in over 20 attempts. He has the game to contend but hasn't shown any major form yet.

Travelers Championship, 2020
Q. Kevin, ultimately you come up just short. As you see things unfold, what's going through your head?
KEVIN STREELMAN: Yeah, I have to take a lot of positives. It's a little bit disappointing. I just played beautifully. I sure love this place. It's very special for me to always get back here. But played nice golf. To be in the heat there and to perform, it's what I do it for. Had a great run at Pebble, got a solo second there, and it's looking like another solo second. I wanted to win one for my kids. They've never seen me really win one, but there's more to play.