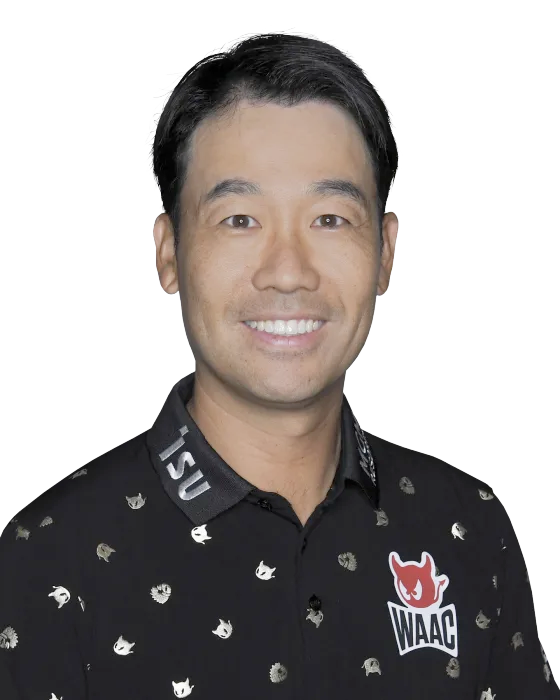 Kevin has won 4 times since 2018, the most recent the Sony Open in Hawaii in January 2021. He is on record saying his recent success is due to how content he is with his home life currently.

Kevin had a career best season in 2019 where he won twice and ended the year in the worlds top 25.  It was no surprise that Kevin's wins came either side of the birth of his first daughter in August 2019 as he experienced the bounce that comes from new or expectant fatherhood.  Kevin has been a consistent performer since 2014 and is a player who has definitely peaked since coming into his 30s.

Kevin was somewhat of a hothead in is earlier years and became infamous when he carded a 16 (!) at the par 4 9th hole at the Valero Texas Open in 2011.  He was also known for his slow play earlier in his career and has tried to speed up but is by no means the quickest.   Kevin is undoubtedly a character and is now best known for his trademark putting trick whereby he walks the ball into the hole.  Don't let his tricks fool you though, he's a tough competitor.

Kevin and his wife had a baby girl in August 2019.

January 2021
Began the final round of the Sony Open 2 shots behind Brendan Steele. Shot 65 to win by 1 shot, playing his last 7 holes in -4.

October 2019
Led by two shots going into the final round of the Shriners Hospitals for Children Open and went four clear after the seventh hole.  Although he won, he made it difficult for himself as he trebled the 10th before bouncing back with 3 birdies in the next 5 holes and holing crucial putts down the stretch.

July 2018
Kevin won from off the pace at The Military Tribute at Greenbrier.  Began the day one shot off the lead and closed with a 64 to win by five shots.

Summary
Kevin wasn't always such a good finisher, prior to the Charles Schwab win in 2019 he only managed to convert one 54 hole lead in five attempts but he has become a very competent player in contention, having learned from years of letting wining opportunities slip by. His Golf Betting Club Pressure Performance Rating is set to 4 stars.

Unpredictable
Three of Kevin's last five wins have followed a missed cut and the other wins came following a 64th and 38th place finish so he's a player who does not need to be in form to win.  He is a player who can find a game if the course suits his strengths.  All top 10's in 2020 followed MC's or WD's.

Major's
Given Kevin's lack of length off the tee its unlikely he'll win a green jacket at The Masters or contend in the USPGA Championship.  However, his accuracy may allow him to contend at the US Open.  He recorded his best ever finish at a Major at the 2016 US Open when he finished 7th.

He has a solid if unspectacular record at The Open Championship.

WGC's
9th in Mexico in 2020, Kevin has shown he can win in good company and could challenge on a course which doesn't demand too much distance.

As mentioned above, Kevin used to struggle in contention and that's evidenced by the fact he lost his first three playoffs between 2005-2016.  He did win his last playoff, overcoming Patrick Cantlay in dramatic fashion by walking in a 10ft birie putt at the first playoff hole before making par at the next to take the title.  He's now a different proposition to the player who lost playoffs earlier in his career, stating after his win, "I've been in that situation before when I've lost the lead and I've failed many times. I've lost three playoffs. This was my first playoff win and I knew, I kept telling myself, this is a playoff that I'm going to win."