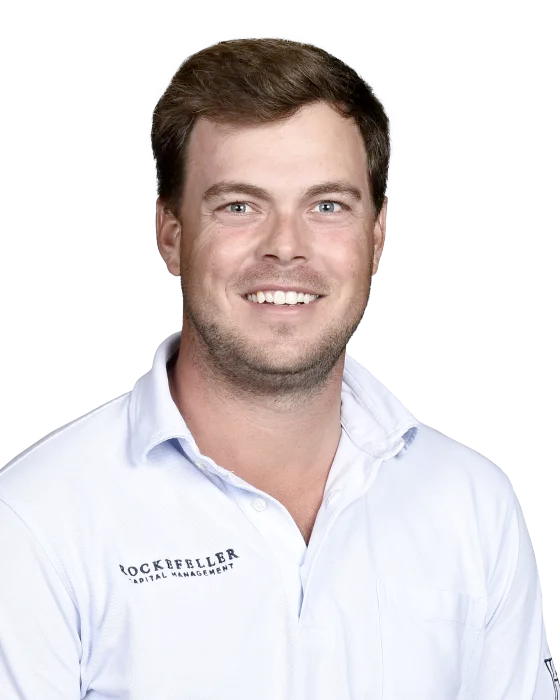 Keith won his maiden PGA Tour title at the 2019 Honda Classic. Having turned pro in 2014, Keith played the web.com Tour (now Korn Ferry Tour) for several years before graduating to the PGA Tour in 2018.  Long and aggressive off the tee, he's a fine wind player.

It was a relatively quiet 2020 for Keith as he failed to capitalise on his 2019 win.

Keith has openly stated that he plays poorly on the golf courses on America's West Coast due to the greens being predominantly Poa Annua grass.  He has stated he finds it incredibly difficult to putt on and he is much more comfortable putting on Bermuda.

Keith is good friends with J.T. Poston on tour.

March 2019
Began the final round 1 shot off the lead at the Honda Classic and shot a final round 67 which included a 15ft birdie putt at the last to take the title outright.  It should be noted that he defeated Rickie Fowler and Brooks Koepka that day.

Summary
Keith has little experience of being in contention on the PGA Tour as most of his best finishes have come from off the pace.  Given his lack of experience front running he'll probably win again from off the pace but we expect his pressure rating to increase as he gains experience.  His Golf Betting Club Pressure Performance Rating is set to 3 stars for the time being.

Unpredictable
Keith's win in 2019 and his 2nd place and 3rd place finishes in 2018 all came after poor results in his previous tournament.  His sole top 10 in 2020 came after a missed cut. Given his strong dislike of Poa Annu greens, Keith can often be playing well but just putting horribly and a change to his favoured Bermuda brings out the best in him.

Avoid When Playing Here
Given his dislike for Poa Annua, back against Keith in January and February at the events on the West Coast of America which have this grass type.

Major's
Keith played in all four Majors in 2019 and missed the cut in every one apart from the Masters.   In 2020, he only played one major, finishing 43rd at the PGA Championship.

His aggressive style, lack of comfort on the West Coast of America and lack of links experience means that The Masters will probably represent his best chance of competing in a Major in future.  It is worth noting that he attended the University of Georgia so he played Augusta whilst studying there and also attended as a fan through the years.   He'll need to considerably improve his approach play however.

WGC's
Played two in 2020 with a best finish of 39th. None in 2021. He needs to improve his form on PGA Tour before being considered at this level.

Keith has only ever been in one playoff and lost but that was back in 2015 on the PGA Tour Latin America.  He's now a more accomplished player.

2021 Sony Open
​Q. Debunking the theory you can't follow a low number with another low number, 62 yesterday, 63 today. What has clicked the last two days?
KEITH MITCHELL: Definitely my putting. I changed a lot in terms of just -- really changed probably everything about my putting. I putted horrible -- just trying to get over my putts and take one look and hit it. I was trying too hard, trying to be perfect. I love bermuda greens, so just going back to my old feels and trusting them.
2020 Honda Classic
Q. Comment a little bit about your season up to this point, making your 11th start of the year.
KEITH MITCHELL: I've always felt like this was my good stretch, I guess, because I grew up on the Bermuda greens. I grew up in this part of the country playing golf, so I'm a little bit more comfortable here. Felt like I've had an okay start at the beginning of the year. Got to go to Maui for the first time, which was great, and played decent in Sea Island, where I live.
Q. The putter has been cooperating, too, numbers look good there. Nice to be back on Bermuda?
KEITH MITCHELL: I love Bermuda. I'm sorry, I hate poa annua so much I can't even see straight. Thankfully the first event back on Bermuda. I'm playing every Bermuda event we've got this year.

2019 Honda Classic
Q. Aside from the changing grass, coming down to Florida after missing the last two cuts, what's been the difference maker this tournament?
KEITH MITCHELL: Well, it's definitely the grass. It's Bermuda. I grew up on Bermuda. I know how to putt it. I know how to read it. It's definitely helped a lot. I've worked pretty hard with my putting coach Paul Vizanko, and he really helped me with my stroke, and out on the West Coast it looked great but I wasn't making anything, and I just have a tough time reading poa annua greens, and here in Florida it's just a lot better for me.

2018 Players Championship
"I'm more of an aggressive player..........But to make a lot of birdies you've got to play aggressively, and on the Web.com you had to shoot 20-plus under a lot of times, so you learn to play more aggressively. So if you're hitting it well out here you can do it on the PGA Tour, but the problem is your mistakes are just magnified. So we've got to be careful out here."