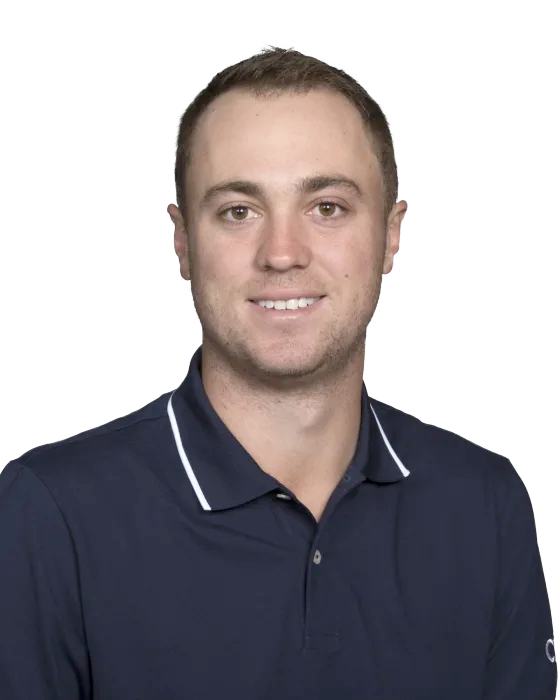 Justin Thomas ('JT') is a multiple PGA Tour winner and former world number one after his astonishing 2017 season in which he won five PGA Tour titles – including a PGA Championship and the season long FedEx Cup. In 2021 he added The Players Championship to his impressive resume and clinched his second PGA Championship in 2022.

He has won at least once every year on the PGA Tour since 2015. In January 2020, he became the third player since 1960 to win 12 times before turning 27, joining Jack Nicklaus and Tiger Woods. Justin has remained in the Top 10 of the world since his maiden major win and can be considered a major threat at future ones. He is a prolific winner and as such needs to be treated with respect.

Justin paired up with Phil Mickelson's old caddie, Jim "Bones" Mackay, at the end of 2021.  Justin is also got engaged at the end of 2021 to long time partner Jillian Wisniewski. Justin turns 29 in April 2022, look out for a strong year as he approaches his 30th birthday, especialy with the aforementioned changes.

Summary
Justin hasn't been his best in contention up until the PGA but he showed how clinical he is that week to claim his 2nd major.  His Golf Betting Club Pressure Performance Rating is therefore set at ⭐⭐⭐⭐.

June 2022
✅ Began the Canadian Open 2 shots behind the leaders and shot 64 to lose by 4 shots to Rory McIlroy. A solid performance despite not getting the job done.

May 2022
✅ Began the final round of the PGA Championship 7 shots behind Mito Pereira and shot 67 to reach a playoff with Will Zalatoris. Was flawless in the playoff playing three holes in -2 to win.

March 2022
➖ Started the final round 3 shots behind at the Valspar Championship and shot 70 to miss out on the playoff by one. Didn't really grasp the opportunity.

January 2022
❌ Began 2 shots back from the leaders at the Farmers Insurance Open and shot 74 to finish 5 shots back of List.

November 2021
➖ Three shots back going into the final round of the Worldwide Technologies Mayakoba Classic, Justin shot a final round 69 to remain in 3rd place.

August 2021
➖ Trailing by four shots at The Northern Trust, JT shot a final round 70 to remain in 4th place.

March 2021
✅ Began the final round of the 2021 Players Championship 3 shots behind Lee Westwood. Won by a shot after firing a 68.

January 2021
✅ Began the final round of the 2021 Tournament of Champions 4 shots behind leaders English and Palmer. Shot 66 to finish 1 shot behind English and Niemann who shot 69 and 64. A decent effort.

December 2020
❌ JT was four behind Emiliano Grillo with 18 holes to go at the Mayakoba Golf Classic. He could only manage a 69 to slip from 5th to 12th.

October 2020
❌ Led the Zozo Championship by a shot going into the final round but drove the ball poorly over the back nine to play his way out of contention. A birdie at the last made it look closer than it was.

August 2020
✅ Began the final round of the WGC - FedEx St. Jude Invitational 4 shots behind Brendon Todd. Shot 65 to win by 3 shots. It was closer than it looked though, with Brooks Koepka double bogeying the last hole when 1 behind.

July 2020
➖ Began the final round of the Workday Charity Open 2 shots ahead of Viktor Hovland after rounds of 68-66-66. Shot 69 with an up and down round. Started with two bogeys in first 3 holes, then played the stretch of holes from 8-15 in 7 under par to take a 3 shot lead. Bogeyed 16 and 18 to settle for a playoff with Morikawa who shot 66. Lost to Morikawa in playoff despite holing a 50ft birdie putt to keep playoff alive.

June 2020
❌ Began the final round of the Charles Schwab Challenge 1 shot behind Xander Schauffele however shot a one over par 71 to finish 10th, 4 shots behind winner Daniel Berger.

February 2020
❌ Finished T6 at the World Golf Championships-Mexico Championship. Held the 54-hole lead before shooting a final-round 73 to finish 5 shots behind Patrick Reed who shot 67. Fell to 4-for-7 for his career with the outright 54-hole lead and 0-for-2 at the event.

January 2020
✅ Defeated Patrick Reed and Xander Schauffele in a playoff to win the Sentry Tournament of Champions for the second time, earning his 12th PGA TOUR title at age of 26. Began the round 1 behind Schauffele and shot 69, with Xander shooting 70 (Reed 66).

August 2019
✅ Won for the 11th time on the PGA TOUR, winning THE CJ CUP @ NINE BRIDGES by 2 shots over Danny Lee. Converted the 54-hole lead/co-lead to victory for the eighth time in his 11th attempt. Shot 67 whereas Lee shot 69 to finish 2nd.

August 2019
✅ Recorded first win in 2018-19 at the BMW Championship, the penultimate event of the season. Entered the final round with a 6 shot lead, which at one point, shrunk to 2 shots. Won by 3 shots over Patrick Cantlay. Marked the seventh of ten 54-hole leads/co-leads on TOUR he converted to victory.

February 2019
❌ Entering the final round with a 4 shot lead, recorded a 4-over 75 to finish runner-up at the Genesis Open, one stroke behind J.B. Holmes who shot 70.

August 2018
✅ Angling to become just the second player to successfully defend a PGA Championship crown, posted back-to-back 67s on the weekend at the PGA Championship at Bellerive Country Club. At 10-under 270, finished T6. Was tied for the lead at one point on Sunday, before two bogeys on his last five holes resulted in the T6 showing.

August 2018
✅ Converted a three-stroke lead after 54 holes lead into a four-stroke win at the World Golf Championships-Bridgestone Invitational.

Events to back Thomas

Sentry Tournament of Champions
Justin's record at the season opener is quite incredible.  From his win in 2017 onwards, he's only finished worse than 3rd on one occassion.

3-2. JT can be backed for small stakes in future playoffs.

Most recently lost to Collin Morikawa at the Workday Live Open. Holed a 50ft birdie putt on the 1st playoff hole to keep the playoff alive but then got unlucky on 3rd playoff hole with his ball landing directly behind a tree, causing him to bogey. Defeated Patrick Reed and Xander Schauffele in a playoff to win the Sentry Tournament of Champions with a birdie on the 3rd extra hole. Other three playoffs came in 2018 season.

Q. J.T., an exciting day for all of us who were watching. I know you're disappointed. Can you talk about how it ended here?
JUSTIN THOMAS: Yeah, I mean, I'm pretty pissed off. That's about the only way to explain it. I had a three-shot lead with three to go and just completely handed it over. Collin played great. He birdied a very tough hole on 17. Both made great birdies on the first playoff hole. But I had two chances, many chances to win this thing, but two chances in regulation and the second playoff hole and didn't get it done.

Q. How long a time do you need to get over something like this?
JUSTIN THOMAS: I have no idea. I hope about three or four days because I've got to start another tournament on Thursday. I mean, I'm playing great. I have a great chance to win another golf tournament next week at a course that I obviously enjoy and I'm playing well. I just can't beat myself up, although it's going to be pretty hard not to, at least the rest of this afternoon. But there's a whole lot of nothing I can do about it right now. I just need to execute better when I get in that situation in the future.