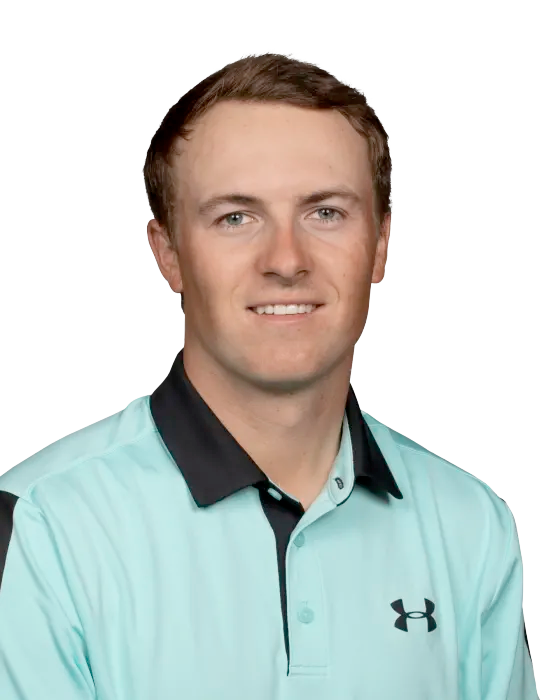 Jordan Spieth is a former world number one who has won three of the four Majors, only missing a US PGA Championship. He has one FedEx Cup to his name in 2015, the same year he tied the 72-hole record set by Tiger Woods at the 2015 Masters and became the youngest US Open champion since Bobby Jones won in 1923.

Widely regarded as America’s ‘golden boy’ of a new generation, in 2016 Time magazine named Spieth to its list of the "100 Most Influential People", noting that he "exemplifies everything that's great about sports."

However, from 2018 onwards Jordan is winless. A 3rd place at the 2018 Masters and 3rd place at 2019 PGA Championship have been his only Top-5 finishes since then in ALL events.

Jordan struggled towards the end of 2020 and came very close to slipping outside the top 100 in the world.  However, he's bounced back in 2021 and is now regularly contending for trophies again.

May 2021
Began the final round of the Charles Schwab Challenge 1 shot ahead of Jason Kokrak. Shot 73 to lose by 2 shots, a poor performance.

April 2021
Tied for the lead through 54 holes, Jordan shot an excellent final round 66 to win by two shots. A much improved performance in contention.

March 2021
Began the final round of the Arnold Palmer Invitational 2 shots behind Lee Westwood. Shot 75 in tough conditions to finish 5 shots behind DeChambeau, another disappointing effort.

February 2021
Jordan held a two shot lead going into the final round of the AT&T Pebble Beach Pro-Am.  Was over par through 6 holes and only a couple of closing birdies brought him under par for the day.  Slipped to 3rd.

June 2020
Began the final round of the Charles Schwab Challenge 1 shot behind Xander Schauffele however shot a one over par 71 to finish 4 shots behind winner Daniel Berger. Also held the lead midway through rounds 2 and 3 and looked shaky once he took the lead.

June 2019
At the Memorial Tournament, he entered the final round 4 shots behind Martin Kaymer. He appeared rusty that day with a 73 to finish 9 shots behind winner Patrick Cantlay.

May 2019
Finished 3rd at the PGA Championship however he started the final round 7 shots behind Brooks Koepka so was very much playing for 2nd, albeit with a solid 71.

July 2018
Open Championship, which he led by 1 shot after 54 holes. That day he fell apart, shooting 76 which was the worst score out of all the leaders by two shots, seven more than eventual winner Francesco Molinari.

Summary
​With 12 wins on tour, Jordan has won and lost from just about every position possible. He was rock solid in contention for his 3 major wins, however, since his poor form he has been mixed when in contention.  For now, his Golf Betting Club Pressure Performance Rating is set at 3 stars.

Stays Hot
In 2017, Jordan won back to back tournaments at the Travelers Championship followed by the Open Championship. The other win that season at Pebble Beach came after form figures 9-3-3 in the three weeks prior. He also posted two consecutive 2nd places at The Northern Trust and Dell Technologies Championship. In 2017, Jordan had back to back third place finishes and in 2019, he went on a run of 3-8-7. Jordan seems able to maintain a big performance the previous week and take that competitive edge into the next one so look to back him when in form.

Major's
Spieth has an extremely impressive major CV with three wins and nine top 5’s since 2012. Best finish in 2020 was only 46th at The Masters but he was out of sorts all year.

He has a win, two 2nd place and one 3rd place finish at Augusta. He has finished 2nd and 3rd at the PGA championship, won the US Open and a win and 4th place at the Open Championship.

As you can read further in the in-contention quotes, Spieth plans his whole schedule to peak at majors to give himself the best chance possible. If showing glimpses of form, Jordan should always be considered for majors.

His most recent playoff came at the 2017 Northern Trust Open where he lost to Dustin Johnson. Earlier in the year he defeated Daniel Berger to win the Travelers Championship.

In 2015 he defeated Tom Gillis to win the John Deere Classic, defeated Sean O’Hair and Patrick Reed to win the Valspar Championship and lost to Johnson Wagner and J.B. Holmes at the Shell Houston Open.

He first tasted playoff action in 2013, defeating Zach Johnson and David Hearn, and lost to Patrick Reed at the Wyndham Championship later that year.

AT&T Pebble Beach Pro-Am, 2019
“It's (Spyglass Hill) one of my favourite golf courses that we play all year. I love Spyglass and I think my love for it has allowed me to play well year-in and year-out on this course. Whether I play the other two well or not, I seem to have success at Spy.”

Northern Trust, 2019
“Michael told me when we finished the round -that's probably the least Jordan golf course that we play all year. And I agree, it's probably one of the worst tracks for my game.”

PGA Championship, 2019
“It's the same reason the last five or six years, my best finishes are in the majors. We pick a plan to peak for the majors........I knew coming into the week that it was unlikely on this golf course that I was going to have a chance to win, and that's a humbling feeling for me, but I knew that if I played the course the right way, had the right mentality, kept putting the way I've been putting, that I would be in it”

Open Championship, 2017
“I felt once I lost my lead completely and we were tied, I actually felt the nerves go away for a few holes until I got the lead again. And then they were back. And it's just kind of powering through that. You just don't know really what your mind is going to do to you sometimes. You can control it to an extent but certain situations are going to bring more tension and you have to kind of channel that the right way, play the right shots."