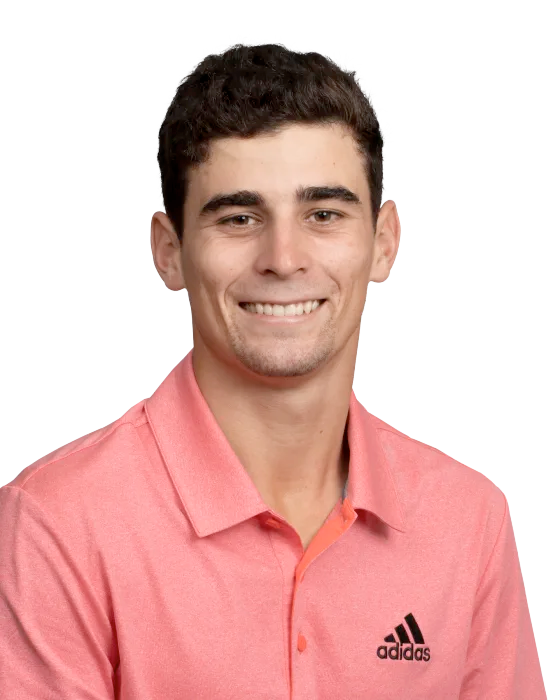 Joaquin's sole PGA Tour win came at the 2019 Military Tribute at the Greenbrier at the age of 20 years old.  His win meant he was the first PGA Tour winner from Chile. He is a former amateur world number 1, spending 44 weeks ranked at the top before turning professional in 2018.

Niemann forfeited those exemptions to the 2018 U.S. Open and Open Championship to turn professional before the 2018 Valero Texas Open, where he finished 6th in his first tournament as a professional golfer.

Before his win at Greenbrier, Niemann had been trending towards a big finish, with a 10th at John Deere, 5th at Rocket Mortgage Classic and a 5th at the Travellers Championship in the months beforehand. He had also had a 5th at the 2018 Greenbrier in addition to a 6th at Memorial and 8th at Fort Worth Invitational.

The young lad from Chile is clearly a massive talent, as backed up by the stats below. He has the right temperament to win multiple times, doesn’t get too excited or disappointed on course and would expect him to kick on from here in his early 20’s.

He has already shown he is ready to win again with playoff defeat at the 2021 Sentry Tournament of Champions followed by a 2nd place at The Sony Open.

May 2021
Four shots back going into the final round at the Valspar Championship, Joaquinn shot a disappointing final round of 72 to slip to 8th from 4th.

January 2021
Began the final round of the Sony Open 2 shots behind Brendan Steele. Shot 66 to finish 1 shot behind Kevin Na however he needed a late flurry of birdies and it was a poor performance overall.

January 2021
Began the final round of the 2021 Tournament of Champions 5 shots behind leaders English and Palmer. Shot 64 to reach a playoff with English who shot 69. Had a 7ft birdie putt on the last but missed, however, it was an excellent performance.

August 2020
Joaquinn entered the final round of the BMW Championship two shots off the pace.  Played the front 9 in three under par and held the lead at the start of the back nine.  Was unlucky to land in an old divot on the 14th fairway which led to a bogey and appeared to drain him of all momentum.  Failed to hole a short birdie putt on 15 to end his chances of winning.

June 2020
Began the final round 2 shots behind a four-way tie for the lead at the RBC Heritage. Shot 65 to lose out to finish 5th behind Webb Simpson by 3 shots after Webb birdied 5 of his last 7 holes. An impressive final round performance however did birdie the 17th when he got within 1 shot.

January 2020
Had an outside chance to win at the Sentry Tournament of Champions. Led by 1 shot after 18 holes and was 4 shots behind the leader after 54 holes. He shot 70 in the final round to remain 4 shots behind, in 5th place.

September 2019
Won the Greenbrier by 6 shots, having had a tie for the lead after 36 holes and a 2 shot lead after 54 holes. He shot a final round 64 to win by 6 shots. After 12 holes Tom Hoge had tied for the lead in the final round but he rallied on the back 9 and closed with three consecutive birdies. He said he was nervous that day however got more comfortable as the round went on.

June 2018
First experience in the mix on the PGA Tour at the Memorial where he held a share of the lead after 18 and 36 holes and entered the final round 1 shot back. Shot 73 in the final round to finish 6th place, including two double bogeys – his only doubles of the week.

Summary
An impressive victory at Greenbrier, followed by strong efforts in Hawaii and RBC Heritage. Performance at Sony Open was questionable but is given benefit of the doubt for now. Joaquin's Golf Betting Club Pressure Performance Rating is set at 4 stars.

Goes Best When Fresh
Win at Greenbrier came after 3 weeks off and commented how good he felt coming into the tournament fresh. Has also finished 2nd and 5th at the Tournament of Champions after the Christmas and New Year break. Joaquin can be backed after a few weeks off.

Stays Hot
Posted consecutive Top-10’s in 2018 and 2019 so is capable of following one good finish with another.

Wind Expert
Joaquinn has a low ball flight and has several good finishes in Texas and Hawaii. He shot -9 on Sunday at the Tournament of Champions in blustery conditions.

Major's
Joaquin has played all four major events now, two of which as an amateur. In his first 5 majors he missed 4/5 cuts, however a 23rd at the 2020 US Open was promising and he has started 2020 strongly signalling he could contend soon.

If he is to win one it may well be the British Open due to his low ball flight and strong wind game. Also keep an eye out for him at the PGA Championship in 2021 which has links similarities.

WGC's
52nd at his first WGC in 2020, he is capable of challenging in 2021 after showing early improvement.

Joaquin lost his first PGA Tour playoff to Harris English at the 2021 Tournament of Champions after failing to birdie the 1st playoff hole.

RBC Heritage, 2020
Q. This has got to give you a ton of confidence going forward into the next few weeks that you can get yourself into contention, and you can probably pull it off down the stretch, can't you?
JOAQUIN NIEMANN: Yeah, it's awesome to get those nerves again. I miss them. It was probably like two, three months without playing any golf. So, yeah, it's good to be back here, back in contention, and I just tell myself that I'm good enough, that I can play with the best guys, and just more confidence and confidence every time.

​Sentry Tournament of Champions, 2020
“I mean, after winning, it gives you a lot of confidence in yourself and you know that you're good enough to win tournaments. I knew that I just had to be patient. I knew that I was doing things right, I just needed to wait for that week that I make every putt and every shot good so I can win, and yeah, it was a great week and unbelievable feeling.”

“But yeah, I like playing with the wind. I like moving the ball a lot. So yeah, it feels great here. The fairways are big so you can just hit driver everywhere. You've got to be really precise on shots to the green, and yeah, also the greens are pretty tricky.”

Sanderson Farms Championship, 2020
Q. What do think about this golf course?
JOAQUIN NIEMANN: Yeah, I like it. It's in good shape. It's bermuda. I like bermuda. I live in Florida so I'm used to it. Yeah, greens are really, really quick so you got to be a little careful with some putts.

Military Tribute at the Greenbrier, 2020
Q. Winning at such a young age, how do you keep your composure? It got tight there.
JOAQUIN NIEMANN: Yeah, I got to say this morning I woke up and I was -- I just couldn't think about this moment, like holding the trophy. I was like, Man, take it easy. We got 18 holes to play. Don't think about that yet. Just go out there and have fun. I just couldn't think about that moment in the entire day, so I was just trying to think about anything else. My caddie is very funny so he was just talking to me and make me laugh to just try to forget about that. So, yeah, definitely that helps. Then the last couple holes I was feeling great. I was really enjoying.

“Yeah, from the beginning of the week, since the first day, I felt with a lot of confidence coming off like three weeks off. So I feel like fresh. I was playing really good. I had practice a lot with my coach this off-season, so my game was feeling great. Mentally was awesome. So I was just feel like I was going to win this tournament since the first day. I was in a really good mindset.”

“Yeah, this course is really good for me. I mean, I been here for -- this is my third time. I really enjoy being here. It's a nice place, good weather, and the course is always in great shape. So I really like this place.”

“Yeah, today being in the final group I got a little nervous first couple holes. But, yeah, I mean, like during the round I start playing a lot better and feeling a lot better.”

Travelers Championship, 2019
“Yeah, first time I play this event and I really enjoyed it. Really, really nice course. Fits my game. Yeah, I really enjoy this course.”
Q. What sort of turned things around for you in terms of putting or game overall this week, recent weeks?
JOAQUIN NIEMANN: One thing that helps me a lot on my I putting was I start using that Perfect Putt. That helps me a lot to get a good read. It's all about the speed also. Before when I miss a putter I always blame myself like I was a bad putter. Now I know that I hit a good putter, and if I miss it it was probably because of the speed or didn't break much.