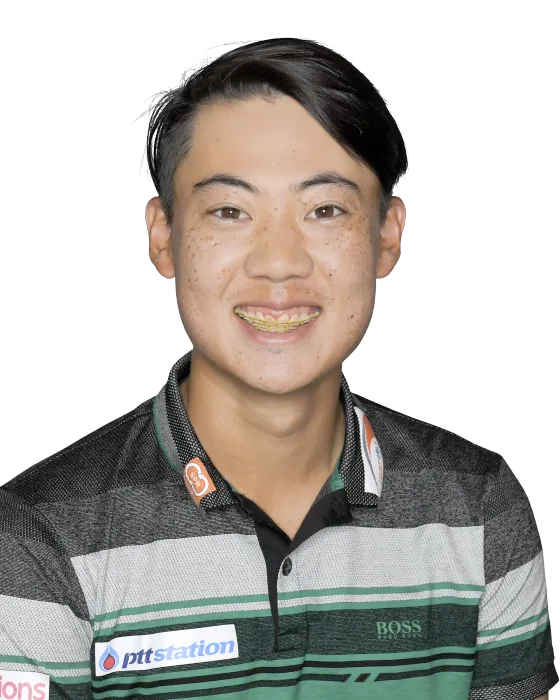 Somewhat unbelievably, Atiwit (Jazz is actually his nickname) has been a professional for over 10 years, having turned pro at age 15!  Jazz spent two weeks as a monk at the end of the 2016 season before recording his breakthrough win in 2017.  He cites this time as allowing him to now "compete with less pressure."  It has obviously worked as Jazz recorded victories in each of the three years following his Buddhist retreat.

Jazz split his time between Asia, the PGA Tour and European Tour in 2020.  This mixed schedule saw him slip down the world rankings slightly but he will likely benefit in the long term.

He considers Kiradech Aphibarnrat his mentor and the pair often play practice rounds together if playing at the same event.

Jazz was a member at Bay Hill (Home of the Arnold Palmer Invitational) during the Covid-19 pandemic in 2020.  He practiced there for 5 months, playing over 100 rounds.

March 2021
Jazz was three shots back entering the final round at the Kenya Savannah Classic.  Shot a fine 64 to force a playoff with Daniel Van Tonder.  Lost out on the third playoff hole to a Van Tonder birdie.

September 2020
Began the final round of the Irish Open 2 shots behind Aaron Rai.  Took the lead with a birdie on the 13th hole on Sunday but immediately followed that with a terrible tee shot on 14 which led to a double bogey.

Summary
Jazz is a very capable front runner or chaser in Asia. Of his 7 wins, four of these have been by at least 4 shot margins.  He's a player than is not afraid to accelerate away from the field if in the mood. Given his lack of experience on the European and PGA Tours there remains a doubt as to how he will handle the pressure on the bigger stage.  However, if he follows up his Asian Tour performances he'll be prolific at higher levels too. His Golf Betting Club Pressure Performance Rating is set at 3 stars on the basis of his record to date in Asia and inexperience in Europe.

Stays Hot
Jazz is a player who can really stay hot for multiple weeks.  Of his seven wins, four have followed a top-7 finish the week before.  He also has numerous other examples of multiple top-10 finishes in successive weeks.

Major's
Jazz has limited experience playing Majors and WGC events given he has only started to fulfil his potential in the past few years.  He did record a top-14 finish at the USPGA in 2019 on his debut so this may prove to be an event that we keep an eye on him in the future.

Jazz has missed the cut at The Open Championship the past two years (he's yet to break 73 in 4 rounds) and given his lack of links experience he is probably one to lay at this time.

WGC's
The WGC Champions event in China may represent Jazz's best opportunity in an event outside the Asian Tour. Jazz already has a top-15 finish in 2019 at Sheshan despite not having his "A game" (Note - he entered the event after two poor performances in the PGA Tour events in Asia).  If Jazz shows better form coming into the 2021 WGC Champions event in China, he'll be one to keep onside.

Jazz lost his most recent playoff at the Kenya Savannah Classic.

2019 WGC HSBC Champions
Q. Probably a Top 15 finish, but obviously a nice feeling to know that you can play in these events with the best players in the world?
JAZZ JANEWATTANANOND: Yeah, it's still a process of learning and try to get there and try to play week-in and week-out like this is going to be demanding. I still need to improve but now I know what I need to improve on more.