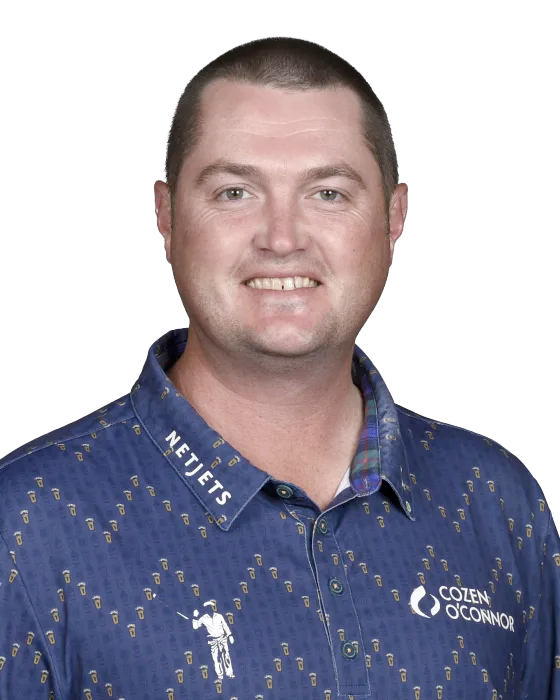 Jason finally notched his first PGA Tour victory in 2020, winning the CJ Cup at Shadow Creek.  Prior to that Kokrak was one of the biggest nearly men on the PGA Tour with three 2nd place finishes, two 3rd place and two 4th place finishes.  He has two Korn Ferry Tour wins to his name also, at the Miccosukee Championship and the Albertson’s Boise Open.

Jason is famous for being one of two players to have ever had a hole in one on a par 4, at the 2013 McGladrey Classic.  He was known as a ‘bomber’ when he first came on tour although some of the new generation have overtaken him now.

March 2019
Runner up  at the Valspar Championship. He began the final round 2 shots behind Paul Casey, shooting 71 to come up 1 shot short. After the round he said he’s feeling more comfortable in contention however acknowledged he finished the round poorly.

July 2018
Had a 1 shot lead after 36 holes however dropped out of the lead with a 71 to trail by 3 shots after 54 holes. He eventually finished 3rd, 6 shots behind winner Kevin Na.

May 2017
With rounds of 66-62, he carried a five-stroke lead into the final 36 holes of the AT&T Byron Nelson. Closed 72-70 to finish solo-fourth, two strokes out of the Billy Horschel-Jason Day playoff.

April 2016
With rounds of 71-68-68, earned a final pairing with 54-hole leader Luke Donald at the RBC Heritage. Was one behind Donald at the beginning of the day but posted a 2-over 73 on the final day (including a double bogey on the final hole) to finish T6 and five strokes behind champion Branden Grace.

February 2016
At the Northern Trust Open he came up one shot short to Bubba Watson. He led that tournament by 1 shot after 36 holes and trailed Bubba by 1 shot after 54 holes. Admitted he was a little nervy down the stretch however was only two shots off the best round of the day.

Summary
There’s no doubt Jason appears to find it hard to get over the line, however the signs are there that he is learning with each time he is in contention and has a strong final round average. Eventually he is going to land a win if he continues to put himself in the mix.  However, his Golf Betting Club Pressure Performance Rating is set at 2 stars.

Likes it Tough
Prefers tough golf courses which aren’t birdie-fests and has a particularly high ball flight which gives him an advantage in certain courses with tough pin placements.  Although his win at the CJ Cup came with a winning score of -20 (largely due to some exceptional putting), it is rare to see Jason score better than -16 over four rounds.

WGC's
He has played a handful of WGC’s with his best results coming at the WGC – HSBC Champions where he was 8th in 2019 and 16th in 2016. He can be backed for this event in future years.

Jason has yet to be in a playoff.

Sony Open, 2021
"Yeah, I definitely tee it up every week trying to win and knowing that I can win, every week I don't have my best stuff. But knowing I'm going into the week with something good I know I'm going to be right there at the finish. Quite a few years, it was all ball-striking and I never putted that well. Switching to this putter, 36-inch putter, I think I'm putting well and the speed has been great. I'm very pleased with the ball-striking and I think if I can tidy it up a little off the tee I think we'll do some special stuff coming up."
​
BMW Championship, 2019
“Yeah, I guess I'm not considered a bomber, but I don't think there's too many guys out here that are going to consistently hit it by me, but I'm more about fairways and greens now. I've been getting better and better with the irons the last couple of years, and for me fairways are key. I hit my irons long, so I think that's a huge advantage. Yes, I can go low and I hit the ball very high.”

Valspar Championship, 2019
“I like it. I mean I like golf courses like this, that you don't have to shoot 20-under par. So all in all it's another good week, another stepping stone, I'm getting more and more comfortable being in that position, it's just, I can't break through or -- well, I don't even know what's going on back there, but, yeah, just not the greatest of finishes.”

“My short game's gotten immensely better and I think that it shows with the consistency of the way I've played all year long.”

The Greenbrier Classic, 2018
Q. You've really played this course well. Why so?
“I think I get to hit a lot of irons off the tees. Make a couple of those shots easier. I can reach all the par-5s. You know, well, besides 15, that's a tough one to get to. But I think the par-3s suit me well too because I hit my long irons pretty far and pretty high, so that helps out. One of these years I'm going to get one.”

Northern Trust Open, 2016
Q. Fell a little short but talk about the experience of being in the final group on Sunday at Riviera?
“You know, putting myself in position, week-after-week, is what I'm out here to do. I'm searching for that first PGA TOUR victory. I put myself in good position. Made a couple mistakes coming down the stretch but I hit good putts.”

“My nerves were much better today than they were yesterday. Down the stretch, yeah, I got a little nervy. You know, you've got to eliminate the mental mistakes.”