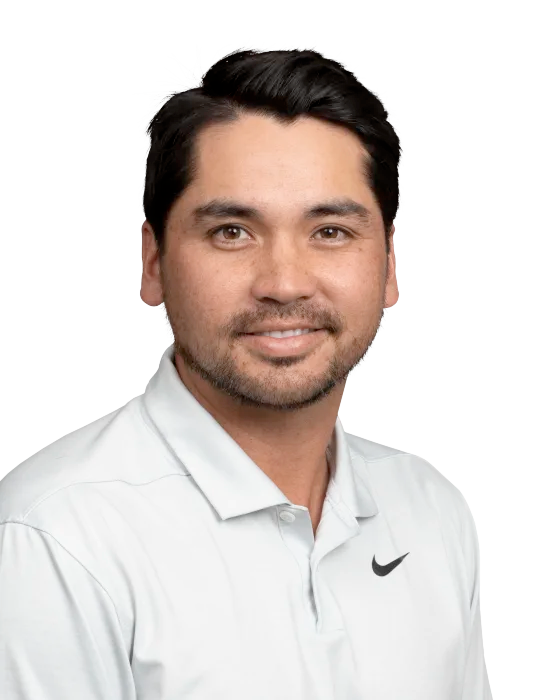 Jason is a former world number one, 2015 USPGA champion, two time World Matchplay Champion (2014 and 2016) and 2016 Players Championship winner. He has recorded top 5 finishes at all four majors. Despite this success, Jason last won in May 2018 and has now gone over two years without winning, something he hasn't done since 2013.

Jason cites the missed opportunity to win The Open in 2015 as the moment he learned how to embrace pressure. Leading after 54 holes, he failed to birdie any of the last 12 holes and had to settle for a tie for 4th place after leaving a 12ft birdie putt in the jaws on the last hole. Following that event he flew home and won on his very next start. Speaking of the change in attitude to closing following his Open failure, Day said, "It's hard to explain. A switch just flipped. I started to believe – to truly believe. I really thought my first major was going to be at The Open. I had a new calm. And I played like it. I knew I had to start running towards pressure. Towards the stress. Embrace it, love it. I've learned how to do that."

2020 marked the second consecutive year Jason failed to post a top 3 finish and ended the year 43rd in the world rankings, his highest position since 2013.

Jason has been plagued with injuries. In January 2020, Day tweeted “Walking into 2020 with plenty of new goals. Rehab has gone well and now we put it all into practice”. However, in March 2020 he was quoted, “It’s quite sore. It loosened up on the back nine today a little bit, but I’m still only hitting it about 75 percent of what I normally can."

Jason has also suffered from vertigo in the past and this can strike without notice. Jason has cited several events where he suffered on the course and did not tell anyone other than his caddie and wife, so punters should beware.

Each week should be treated with caution, and it is always worth ascertaining how his fitness is before backing him. When he is 100% fit and striking it nicely he's among the worlds best.

February 2021
Jason trailed by three shots with a round to go at the AT&T Pebble Beach Pro-Am.  A 69 saw him remain 7th.

November 2020
Began the final round of the Houston Open one shot behind Sam Burns. Was very poor and only some birdies towards the end of the round made it respectable. Finished 7th.

August 2020
Began the final round of the PGA Championship 3 shots behind Dustin Johnson and shot 66 to finish in 4th place, 3 shots off the winner Collin Morikawa.

April 2019
Tied three others for fifth at the Masters Tournament, his third top-five in nine starts at Augusta National. Final-round 67 tied Aaron Wise for low score of the day. Was tied for the lead after the second round, his second 36-hole lead/co-lead at the event (also 2013 where he finished 3rd).

May 2018
He won the Well’s Fargo Championship converting a 2 shot lead for a 2 shot victory.

February 2018
At The Farmers Insurance Open, he started the final round 3 shots back, posting a 70 to reach a three-man playoff where he won on the 6th extra hole.

Summary
Jason struggled to back up his claim early in his career that he was the man to dethrone Tiger as he only won one of his first 6 events where he held (or jointly held) the 54 hole lead. However, since then Jason has converted six out of seven 54 hole leads (or joint leads). Jason can now, in general, be trusted in the heat of the battle. His Golf Betting Club Pressure Performance Rating is set to 4 stars.

Goes best when fresh
Unlike many others, Jason Day can often produce his best finishes after a few weeks off. His last victory, at the 2018 Wells Fargo, came after 3 weeks off and 10 of Jason’s 14 career wins have come following at least a week off.

Stays hot
All of Jason's last 10 wins were preceded by a top-30 finish. In fact, for the majority of his wins, he was inside the top 5. He can usually be backed if showing signs of form.

Major's
Jason has one of the better major records, and similar to the world’s elite, tends to schedule his whole season with the goal of peeking at the majors. He has recorded ten Top-5 finishes - recorded first major top 5 in 3 years at the 2020 PGA Championship. He is one to keep onside at the major’s if fully fit.

2-1. He has now won 2 out of 3 playoffs on tour. The one he lost in 2017, he 3-putted on the first playoff hole. The other one he came through a four-man playoff to seal the victory.

“I love it here. I top-5 a lot here, so hopefully next year can I win. It's always fun to play with the celebs, seeing the celebs and obviously the amateurs as well.”

“I had no idea where the ball was going today; especially off the tee,” Day said after the win. “I missed a lot of fairways; missed a lot of greens, and my short game stood the test, which was nice. This is probably one of the best wins I’ve ever had, just because of how hard everything was today”


“The biggest thing is, you’re playing mental games with yourself. You’re thinking, and subconsciously going, “you’re not going to do this; you can’t.”