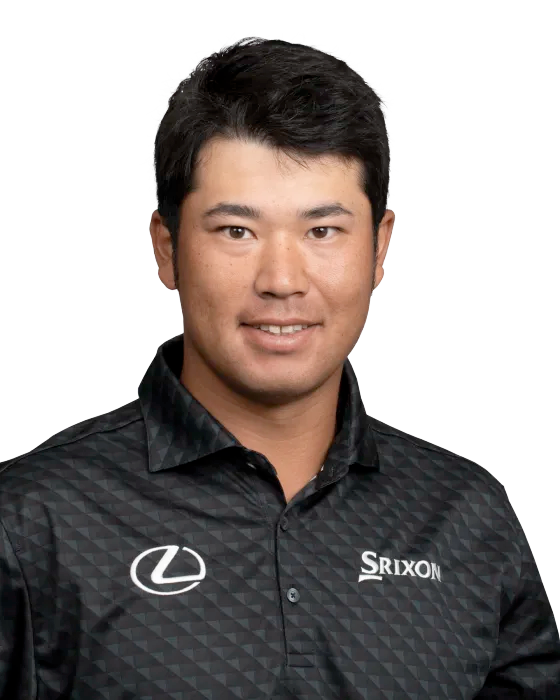 Hideki reached a career low of 2nd in the Official World Golf Rankings in 2017 after finishing in the top 14 in each of the Majors.  Having won 7 times in total over 2016-17, Hideki has failed to win in each of the past three years.

Hideki suffered a wrist injury in early 2018 and that led to the first year as a professional where he did not record a top-3 finish.  There is evidence that Hideki is finding his way back, posting four top 3 finishes in 2019 and four top six finishes in 2020.  However, Hideki will be desperate to win again in 2021.

The Olympic golf tournament will be played at Kasumigaseki Country Club in Japan in 2021.   Hideki won the 2010 Asian Amateur championship at Kasumigaseki so will have fond memories of the course.

August 2020
Hideki held the joint 54 hole lead with Dustin Johnson at the BMW Championship.  Never looked like the winner and a bogey on 11 ended his chances.

August 2019
Posted two rounds of 63 on route to a third-place finish at the BMW Championship. Held a one-stroke lead after 36 holes, but entered the final round 10 shots back. Fired second 63 of the week (second round) to finish alone in third, five shots behind winner Justin Thomas.

June 2018
Shared first-round lead at the Memorial Tournament with Abraham Ancer and Joaquin Niemann after opening with 7-under 65 on route to a T13 result.

August 2017
Posted 9-under 61 in the final round at Firestone CC to finish 16-under 264 and secure his fifth TOUR title, and third of the season. Final round included an eagle at the par-5 second hole, along with seven birdies, including three straight to close the round and win the World Golf Championships-Bridgestone Invitational by five strokes over Zach Johnson.

Summary
Hideki has won from both off the pace and leading going into the final round.  He also has several examples of recording highly convincing wins (6+ stroke margins).  If his putter is behaving he's definitely not afraid to win in style.  However, Hideki may struggle in contention given the length of time since his last win, for that reason his Golf Betting Club Pressure Performance Rating is set to 3 stars for the time being.

Stays Hot
10 of Hideki's 14 wins have followed a top-15 finish in his previous start.  He's a player who can get very hot as evidenced by 4 wins in 5 starts at the end of 2016 (admittedly two of these wins were Japanese Tour events and one was Tiger's invitational event, the Hero World Challenge).

Time Of The Year
Nine of Hideki's 14 wins have come in the second half of the year.  It should of course be noted that several of these wins have come in lesser field events but the fact remains he appears to play better towards the end of a season.

Favourite Tournament
Hideki is one to watch at The Memorial tournament where he has posted four top-15 finishes in recent years.

Major's
Hideki has a very consistent record in the three Major Championships held in America.  Over the past four years his worst two finishes in these events are 35th and 32nd.  Hideki is someone to keep onside in match bets at Majors.

Hideki has a particularly brilliant record in the US PGA Championship, having finished no worse than 37th in eight consecutive years.
​
Hideki's record at The Open Championship is less impressive, with three missed cuts in his last four appearances.

WGC's
Winner of 2016 WGC -HSBC champions and 2017 WGC - Bridgestone Invitational. Two top 20 finishes in 2020, he can be supported again, especially in Mexico.

Hideki's wins at the Waste Management Phoenix Open in 2016 and 2017 both came via playoff wins  and in 2014 Hideki defeated Kevin Na to win The Memorial.  He can be trusted in a playoff situation.

2020 Players Championship
Q. Did you feel a day like today coming based on how you've been playing?
HIDEKI MATSUYAMA: No, I've been working hard and have a lot of confidence now in my swing, and last week was a tough week at Bay Hill, but today I made some putts and that seems to be the difference of recent late and that was really the catapult to me to have a good round today.

BMW Championship 2019
Q. Give me your thoughts headed into the weekend now.
HIDEKI MATSUYAMA: I'm really happy with my position. It's been a long time since I've been in contention. Hopefully I can play well. I've been struggling for awhile this year. Hopefully that can turn around and I'll have a good weekend.

2017 Northern Trust
Q. Curious if you've had play the course yet, and if not, what are your impressions from other people or just seeing it out there?
HIDEKI MATSUYAMA: I only played the back nine so far. I really like this golf course. The greens are undulated, and in order to play well here and to score well, you're going to have to putt well. I like the fairways aren't as narrow as some of the courses we've played recently. But the greens are poa annua greens, so that will be challenging for me.