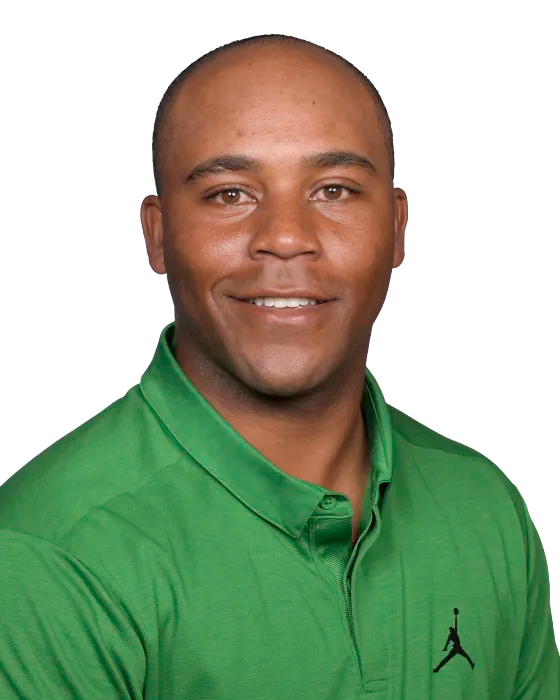 Harold reached the fringes of the worlds top 100 when he recorded his breakthrough win at the 2016 Australian PGA Championship. However, progress has stalled significantly since and he has only been able to record a solitary top 3 finish since the win in Australia in December 2016.

Harold turned 30 in August 2020 and we should look out for whether this significant birthday sees him break into the worlds top 100.

June 2020
Harold held a one shot lead at the Charles Schwab Challenge but shot a disappointing 70-72 over the weekend to finish 19th.

May 2019
He shot a disastrous final round 81 when playing in the final group at the PGA Championship.

July 2018
He held a share of the lead at the 2018 Military Tribute at Greenbrier before shooting a final round 72 (joint worst score of anyone in the top 20) to slip to 5th.

December 2016
Harold's sole win at the Australian PGA came after he shot a final round 65 having been two shots behind going into the final round. If Harold were to win it will almost certainly come from off the pace.

December 2015
At the Australian PGA Championship, Harold was tied for the lead but shot a final round 75 to end up in a three way playoff.

Summary
Harold struggles when in contention and he's definitely one to lay at the business end of a tournament. His Golf Betting Club Pressure Performance Rating is set at 1 star.

Favourite tournament
For reasons that are unclear from our research, Harold seems to enjoy his best golf outside of America. He has won in Australia as well as recording a 2nd place finish. Similarly, he has two top 20 finishes at the Dunlop Phoenix tournament in Japan in 2016 and 2017 and when the PGA Tour has visited Asia he has recorded four top 27 finishes in 5 starts (the other finish was a respectable 39th also) at various events. He's one to keep an eye on when the PGA Tour stops in Asia.

Major's
Finished in the top 40 of the last two PGA Championships so could be a good match bet. Not qualified for any others.

Harold lost out to Nathan Holman at the 2015 Australian PGA Championship.

2019 Military Tribute at Greenbrier
Q. A place you had success at last year when it fell in the 2018 calendar year. Tell me how satisfied you are with your start.
HAROLD VARNER III: Super satisfied because, you know, I get nervous, even though I just played like two weeks ago. Just doing the same thing I guess. Just need to figure it out.

2019 Northern Trust
Q. Can you talk about what you might have learned in the final round of the PGA Championship that helped you maybe after nine today to keep the wheels on?
HAROLD VARNER III: I'm playing a lot better than I was that last round, so that kind of helped, and it's not blowing 40.
Yeah, I learned a lot; that I'm capable, and you know, you just need a chance, and I had a chance. Just if you're 100 percent on taking advantage of every chance, I'd be Tiger Woods, I guess.

2019 US PGA Championship
Q. (Indiscernible) learn about yourself on a day like this? Four hours ago, what do you know about yourself now that you didn't?
HAROLD VARNER III: I'm good enough to compete with the best. I was right there. Gosh, it was a lot of fun, man. It was something I've never felt before. So it was pretty cool.