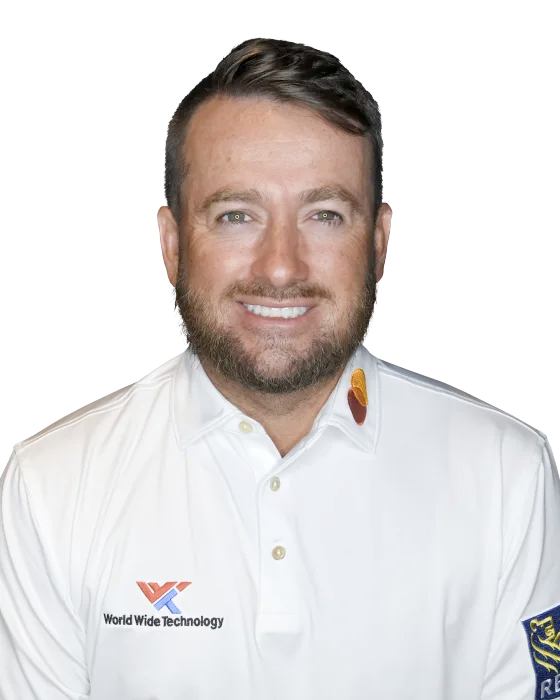 Graeme McDowell nicknamed ‘G-Mac,’ is a U.S. Open Champion (2010) with 15 other professional wins to his name. He entered his 40’s in July 2019 and is a rejuvenated golfer after a tough couple of years where he slipped to 257th in the world rankings in early 2019. He was in threat of losing his PGA Tour card that season however his win at the 2019 Corales Puntacana Resort & Club Championship was a springboard to a comeback which saw him get back into the world’s top 50 in February 2020 after his win at the Saudi International.

G-Mac plays most of his golf over in the States now but still likes to fit in the odd European Tour event. He is one of the shorter hitters on tour now but his short game prowess more than makes up for it. He is an excellent wind player evidenced by the fact that most of his wins have come at wind exposed events – RBC Heritage, Scottish Open, Open de France(twice), Welsh Open and Saudi International. He can be supported in similar events or on short fiddly tracks which demand great course management and superb temperament. He is an extremely tough opponent and there is evidence in recent years that he is to be supported in the heat of the battle.

All Graeme’s quotes in 2020 suggest his game is back on track now and he is desperate to make the next Ryder Cup in what might be his last chance.

Graeme turned 40 in July 2019 and it was no coincidence we saw an upturn in form.  Will be interesting to see how his form progresses as the effect of this birthday decreases.

February 2020
Graeme’s most recent win at the Saudi International was a result of an inspired final round putting performance where he holed clutch putt after clutch putt. He began the round 1 shot ahead of Victor Dubuisson although quickly lost his lead on the front 9 before holing out from off the green at 14 to regain the lead. In the end he won by 2 shots and closed out the last 4 holes very impressively.

March 2019
The last time he was in the mix before Saudi was at the Corales Puntacana Resort & Club Championship and he went onto convert that day as well. He converted a 54-hole lead/co-lead for the first time in four occasions on the PGA Tour.

Summary
Recent evidence suggests Graeme is a solid contender in contention, particularly with the pressure of regaining his tour card not being a factor anymore. He is a gritty performer in the mix and can be supported against players with less experience.  His Golf Betting Club Pressure Performance Rating is set to 4 stars.

Unpredictable
Win at Saudi followed a missed cut and win at Corales followed a 46th place so Graeme doesn’t need to be in sparkling form to contend. Due to being a shorter hitter he is bound to perform well one week when the course fits and struggle the next when it doesn’t.

Avoid when rusty
Where Graeme takes breaks of 2+ weeks during the seaon, look to avoid him on his first event back.  He's taken nine such breaks over the past two years and failed to post a top 20 upon his return.

Major's
G-Mac’s greatest career victory came at the 2010 U.S. Open. He was then 2nd two years later in 2012 and followed that with a 5th at the Open Championship the same year. He recorded another Top-10 with a 9th at the 2014 Open Championship but this remains his last big major performance. He was 16th at the 2019 U.S. Open which is his best finish in recent years.

Graeme has never had a Top-10 at the Masters so he can be opposed there however he may still have a big week at the Open in future years if the course does not demand long hitting.

WGC's
Only played seven WGC’s between 2015-2020 with his best finish a 17th place at the WGC-Invitational. He may struggle to contend in the big events now that he’s in his 40’s.

G-Mac has a great playoff record spread across both tours. In Europe, he won 2/3 playoffs between 2004-2008. He beat Thomas Levet with a par on the 4th extra hole to win the 2004 Italia Open. He then lost to Stephen Gallacher who birdied the 1st extra hole at the 2004 Dunhill Links Championship before defeating Jeev Milkha Singh with a birdie at the 3rd extra hole  to win the 2008 Ballentine’s Championship.

Graeme is also one of Europe’s top Ryder Cup performers in recent years so clearly loves dual. He can be backed should he get into another playoff.

Arnold Palmer Invitational, 2020
“I think it's trending in the right direction. The 4th in Sony was important. The win in Saudi was very important. I've kind of had a couple weeks now to reset and get ready and I'm kind of, I've got a busy few months coming up, so I'm ready to play golf. I'm focused and I'm motivated.

Yeah, one of my favourite weeks of the year. Home event. Get to stay at home with my family. Some great history here, a couple of second place finishes. Course looks great. Prepared for another, hopefully another great tournament. Like I say, just game's in good shape, excited to be here.”

“So thankfully played a lot of good wind golf this year, this season. Felt like Hawaii, a couple weeks in the wind, blew in Saudi, pretty happy the way my wind game looks.”

Saudi International, 2020
Q. Your first European Tour victory in six years, describe your emotions?
GRAEME McDOWELL: Yeah, I didn't realise it had been quite that long here in Europe. I'm very excited. I'm very relieved. This is a difficult golf course this week. It's unusual to win feeling as uncomfortable as I did on a lot of these holes because it was a tough golf course these last two days, especially with tough conditions. The birdies on 14 and 15 were just huge at the time, and it was nice to have a that little cushion coming down the last couple.

Sony Open, 2020
Q. 64 to close the tournament. How do you feel about that?
GRAEME McDOWELL: Yeah, I'm very happy with the week's work. Tough conditions last two weeks, Maui over to here. Just, yeah, a tough way to start the year really. Lots of wind, lots of rain. I'm pretty bullish about the way I'm playing. I like the direction I'm moving with a lot of things, and nice to have a big weekend and punch a nice position as I head into the rest of the season.

RBC Heritage, 2019
Q. Now that you've had a little time to let that win at Corales settle in, what has that done for you mentally, professionally, every way?
GRAEME McDOWELL: It's lifted a you huge weight off my shoulders. I've been kind of half my mental self the last two years. I think that's probably a fair description because I haven't allowed myself the opportunity to go and play free golf. I needed it way too much. And I've needed to simple things. I needed a playing status for the PGA Tour. It's not something I'm used to trying to fight for. And it's different. It hurts you on a Saturday, Sunday, especially, because you don't have that freedom of, okay, now we've made the weekend, let's put the accelerator down, and go see what we can do. It's more like, man, I need a 15th here; man, I need an 8th here. It's kind of like -- it's been a bit small minded, I suppose and, like I say, it's affected me mentally and led to some frustrating golf the last few years.