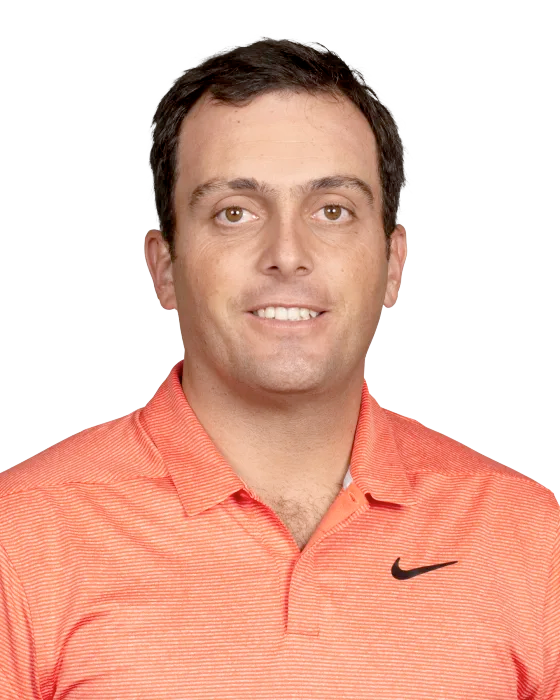 Francesco had a career year in 2018 as he won three times (including The Open Championship) and starred at the Ryder Cup.  It's been a quiet few years since owing to equipment changes and off course issues.

Francesco and his family moved from London to Los Angeles in March 2020 and as a result of helping his family acclimatise, took on a light playing schedule.  The break for Coronavirus obviously restricted his playing opportunities but Francesco only teed it up seven times in 2020 and spoke of his "expectations being low," in the few events he did play.

The Ryder Cup in Italy in 2023 will be a big focus for Francesco and we should expect to see him re-focus on golf over the next few years.  However, it remains to be seen if he can recapture that form.

Francesco will now be based in the USA.

November 2020
Came from five shots back at the Arnold Palmer Invitational to win by two shots.  A final round 64 was capped with a birdie at the final hole.

Summary
Francesco hasn't been in contention since his Masters collapse in April 2019.  He'll surely suffer contention rust when next in contention and as a result his Golf Betting Club Pressure Performance Rating is set at 3 stars.

Goes Well When Fresh
Four of Francesco's last five wins have come following at least a week off.

Avoid When Playing Here
In recent years, Francesco has started slowly and his first events of the year haven't been hugely successful.

Major's
Francesco won the Open in 2018 and passed up a great chance to win the Masters in 2019 when he had a two stroke lead going into the final round.  If he can rediscover his level of play pre-2020 he stands a very good chance of winning another Major.

WGC's
3rd at the Matchplay Championship in 2019, Molinari can be supported in this format again. Formed a formidable partnership with Tommy Fleetwood at the Ryder cup to reaffirm his love for this style of golf.

Francesco has a poor playoff record but hasn't been involved in one since 2012.  He's yet to be involved in a playoff on the PGA Tour, his three defeats to date having come on the European Tour.