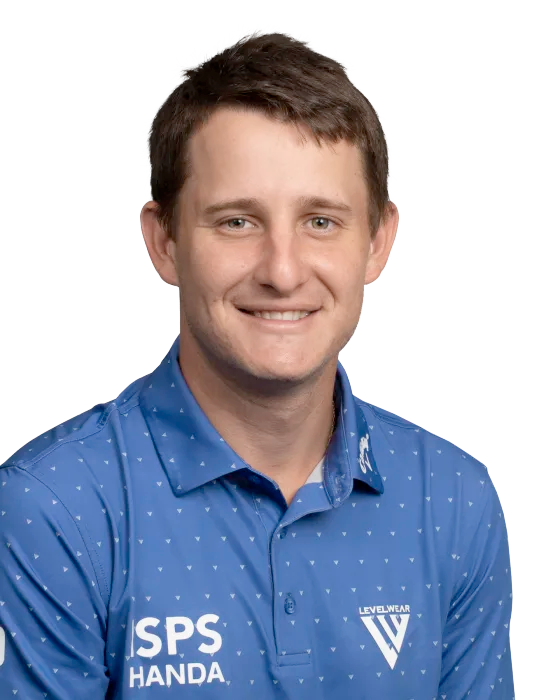 Emiliano is an excellent ball striker who often struggles badly with his putting. Emiliano had his poorest year as a professional in 2019, recording a solitary top-10 finish at The Memorial tournament. However, this is a golfer who has reached a career best Official World Golf Ranking of 23 so he can clearly play when the putter behaves.

Emiliano can often struggle with his temperament and this has probably held him back from winning more tournaments. Regular viewers of PGA Tour golf on TV may well remember Emiliano angrily "flipping off" the hole when one of his putts lipped out at The Northern Trust Open in 2019!

January 2021
Began the final round of the American Express 2 shots behind Si Woo Kim. Shot 76 (worst score of anyone in the top 40)

December 2020
Emiliano led by a shot at the Mayakoba Golf Classic with one round to go. A final round 72 (worst score of anyone in the top 35) saw him slip to 8th.

September 2020
Began the final round of the Safeway Open 2 shots behind leaders and shot +1 to finish in 29th place, 8 shots behind winner Stewart Cink who shot -7.

February 2020
Tied two others for third at the Puerto Rico Open, his second career top-five at the event. Marked his best result since a T2 at the 2018 CIMB Classic. Held a share of the 36-hole lead, the first 36-hole lead/co-lead of his career.

March 2018
As mentioned, Emiliano's temperament still costs him and examples of that still shine through. At the Indian Open he opened with rounds of 65-68 to take a 4 shot lead at halfway before closing with rounds of 78-72 to end up 6th.

Summary
His Golf Betting Club Pressure Performance is set at 1 star. You may wish to think about cashing out or laying your bets on the exchange if he's in contention.

Stays Hot
Emiliano recorded his second career victory on the web.com Tour (as it was then) in 2015 before winning for the first time on the PGA Tour at the Frys.com Open on his next start! He's clearly a player who can stay hot for a few weeks and has recorded multiple top-10's in consecutive starts throughout his career. Don't be afraid to back him if he's had a good result the week before.

Favourite tournament
Emilano has a solid record at The Memorial tournament and has posted finishes of MC-9-23-40-11 (latest year first) since 2016.

Majors
Emiliano has a generally poor record in the Majors, with the exception of the 2016 season where he finished inside the top 17 in 3 of the 4 Majors (all bar the US Open). It is hard to see Emiliano follow in the footsteps of his compatriot, Angel Cabrera, at The Masters given his poor putting.

His awful scrambling stats make a US Open triumph unlikely also (he hasn't bettered 54th in 4 starts). If Emiliano were to be considered for a Major, it is likely to be the USPGA that offers him his best opportunity.

1-1. Emiliano has one win and one loss to date in his career. He's a player that we can neither confidently trust or write off in pressure situations.

2019 The Memorial
Q. What are you doing this week that you haven't been doing?
EMILIANO GRILLO: I'm just holing putts. Every time I come here, I can see the breaks a bit easier than most of the other courses. But I always liked it here, everything is perfect. For me every time I step in Muirfield Village something clicks.

Q. Other golf courses with putting, is everything sight with you?
EMILIANO GRILLO: Yeah, you know what? I kind of like the golf courses where you can see the breaks easier, I don't know why.

Q. What do you mean by that?
EMILIANO GRILLO: I don't know why, but I hit it better when I see the breaks easier.