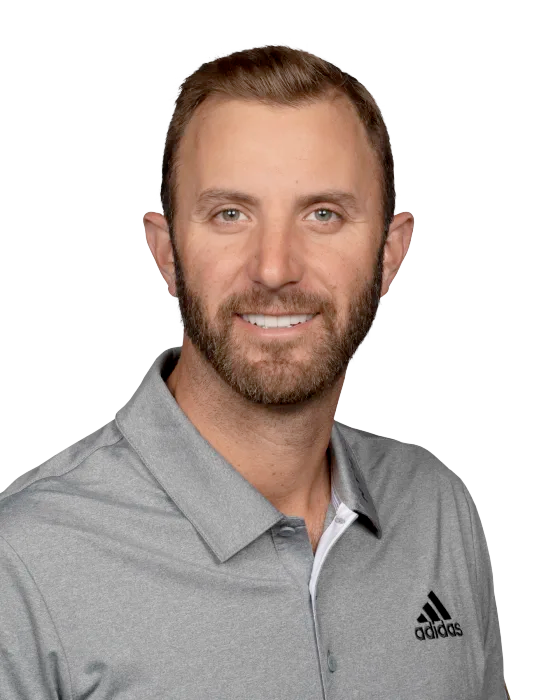 Dustin Johnson is a multiple major winner, having won the 2020 Masters and the 2016 US Open. He has been world number one on several occasions, notably spending 64 consecutive weeks at the top from February 2017, the 5th longest run as a number 1.

DJ is only the third player in Tour history to win a Tour title in each of his first 13 seasons, joining Jack Nicklaus and Tiger Woods.

He is one of the longest drivers on the PGA Tour, having been ranked in the top five every year since 2008. This gives him an enormous advantage on courses that suit power hitters and if he is allowed a little room off the tee he starts each week with an advantage over the field. For this reason, Dustin has a very strong major and WGC record and should be backed accordingly for the big tournaments. It is also worth noting DJ hasn’t played more than 22 tournaments in one season since 2016 so he likes to pick and choose the venues which suits.

On July 31, 2014, Johnson announced he was taking the rest of the season off to seek professional help for "personal challenges". On August 1, conflicting reports surfaced regarding the circumstances of Johnson's announcement from the previous day. Golf Magazine reported that Johnson had been suspended from the PGA Tour for six months after testing positive for cocaine. The magazine indicated that this was his third positive drug test, after a 2009 positive for marijuana and 2012 positive for cocaine. However, PGA Tour officials indicated that Johnson was taking a voluntary leave and was not under suspension.

Summary
DJ is generally trustworthy in contention although on the odd occasion he does completely blow up. Three wins in his last four in-contention events is strong though - our GBC Pressure Rating is set to ⭐⭐⭐​⭐.

February 2021
❌Began final round of the Genesis Invitational 3 shots behind Sam Burns.  Was out of sorts as he shot 72 (joint worst of anyone in top 19) and finished 8th.

February 2021
✅ Took a 2 shot lead into the final round of the Saudi International and shot 68 to win by 2 shots. He did miss quite a few short putts but had been putting poor all week. It was never really in major doubt.

November 2020
✅ DJ was exceptional as he won The Masters by five shots.  Got off to a slow start but was never in danger on the back nine.

September 2020
✅ As leader in the FedEx Cup standings DJ began the Tour Championship with a two shot lead.  He led every round and had a five shot lead going into the final round.  Won by three shots and was never in any danger.

August 2020
✅ DJ was joint leader with Hideki Matsuyama (2 shot lead) with 18 holes to go. DJ birdied 3 of his first four holes and it looked like it was going to be another procession.  However, he bogeyed the 8th and 10th to let the field back in.  Only a 43ft birdie putt on the 72nd hole forced him into a playoff with Jon Rahm.  Was subsequently beaten in the playoff by Rahm holing a 66ft birdie putt.

August 2020
➖ Began the final round of the PGA Championship with the 54-hole lead, 1 shot ahead of Scottie Scheffler, shooting 68 to finish in 2nd place, 2 shots behind winner Collin Morikawa who shot 64.
​
June 2020
✅ Began the final round of the Travelers Championship 2 shots behind Brendon Todd. Took the sole lead on the 9th hole by going out in -3 but then was gifted the victory on the back 9 as Todd completely collapsed. Made a mess of 13,15 and 16 however was able to win by 1 shot after a 67. Even though he won it wasn't a convincing performance.

Events to back Johnson

Major's and WGC's
In 2019, DJ saved his best performances for big tournaments; 2nd at PGA, 2nd at the Open Championship and wins at the big money Saudi International and WGC - Mexico Championship.  It was a similar story in 2020 as he bagged a green jacket and won the Tour Championship to win the FedEx Cup. Back DJ for the big events.

Tour Championship
Should be backed in the 72-hole market - 3rd and 8th last two years.

DJ lost his most recent playoff at the 2020 BMW Championship when Jon Rahm holed a 66ft birdie putt.

Prior to that DJ won the 2017 Northern Trust Open, beating Jordan Spieth with a birdie on the 1st extra hole. After a 341-yard tee shot on the playoff hole and a stellar approach from 95 yards to inside four feet, DJ made the putt to win.

He lost a three-man playoff in 2015 to James Hahn (also at the Northern Trust) who birdied the 3rd extra hole. No bet is recommended for a Dustin playoff.

Travelers Championship, 2020
DUSTIN JOHNSON: Yeah, it's very exciting to get my 21st win and then get my first win of the season. It was big because I hadn't played very well. But I put in a lot of good work the last couple weeks after Colonial, and so it's nice to see the game just start coming around. Yeah, it was definitely strange playing with no fans, but you still can feel the pressure, you still can feel how important a golf tournament it is, and you're coming down the stretch, to me it felt the same, whether it was a million fans or zero.