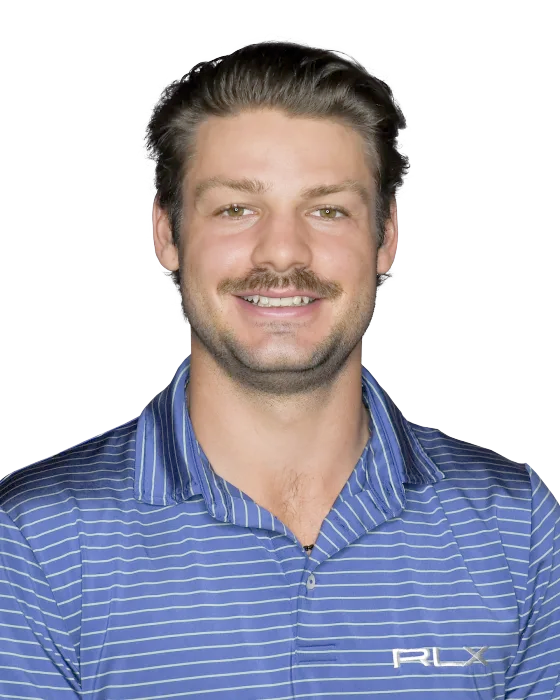 Doc capped a stellar amateur career by winning the 2017 US Amateur, finishing eagle-birdie after being two down with two holes to play against Doug Ghim and then winning the playoff.  Doc had a relatively subdued start to his professional career in 2018 but found his feet in 2019 with second place finishes on the Canadian Tour and then the PGA Tour.  His 2nd place on the PGA Tour at the 3M Open was particularly notable as he Monday qualified for that event.

​Likely to win a PGA event in future.

November 2020
Led by one shot with 18 holes to go at the Bermuda Championship.  Was only able to shoot a 69 on a day where scoring was lower and lost out by three shots.

August 2020
He trailed Si Woo Kim by 2 shots going into the final round of the Wyndham Championship, shooting 68 to finish in 3rd, 3 shots behind Jim Herman who shot 63.

June 2019
Held a two stroke lead going into the final round of the Bayview Place DC Bank Open on the Canadian Tour.  However, he started slowly and despite two late birdies on 16 and 17 he lost out by a shot.

Summary
Doc's Golf Betting Club Pressure Performance Rating is set at 3 stars given that he has performed adequately when in contention but failed to take the chances he's had.

Nothing of note yet.

Major's
Doc already has a top 20 finish at The Open Championship and given his lack of links experience this bodes well for the future.

Finished 29th at the PGA Championship in only major start of 2020. He'll need to first establish himself further on the PGA Tour to gain entry to future Majors.

Doc has yet to be in a playoff.