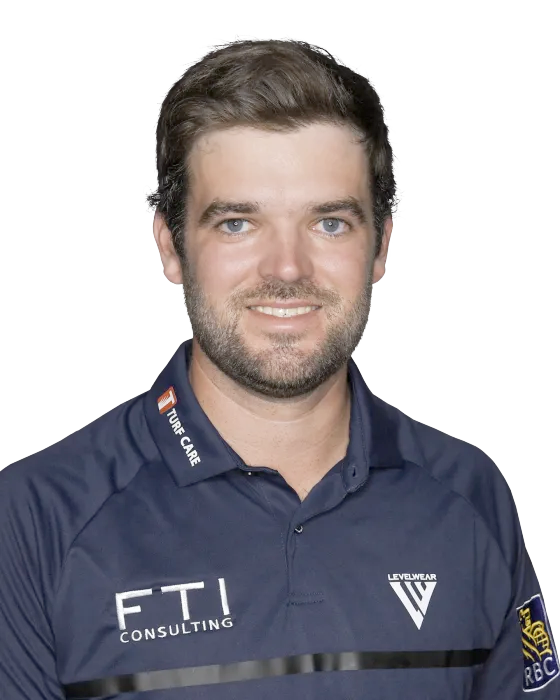 An excellent ball striker, Corey made his PGA Tour breakthrough in 2019 at the Valero Texas Open. This was a special win as he had Monday qualified to earn a place in the field, becoming the first Monday qualifier to go onto win on the PGA Tour since 2010. It also gave him the final place at the Masters the following week.

Conners turned pro in 2015 after an appearance at the Masters as an amateur. For a couple of years he played events on the Canadian Tour and Korn Ferry Tour before earning his PGA Tour card for the 2017/18 season. A runner up finish at the 2018 Sanderson Farms Championship whilst on honeymoon with his newlywed, Malorie, gave notice of his potential. He then began 2019 with 3rd place finish at the Sony Open in Hawaii before clinching that maiden win in Texas three months later. He finished the season 26th in the FedEx Cup standings, leading the tour in GIR percentage with 73.06%.

March 2021
Began the final round of the Arnold Palmer Invitational 1 shot behind Lee Westwood. Shot 74 in tough conditions to finish 3 shots behind DeChambeau in 3rd.

June 2020
Began the final round 2 shots behind a four-way tie for the lead at the RBC Heritage. Shot 69 to finish 21st, 7 shots behind winner Webb Simpson.

April 2019
Corey’s win at the 2019 Valero Texas Open was a sublime final round display. Starting the day 1 shot behind Si Woo Kim, he fired a 66 which included 9 birdies to win by 2 shots over Charlie Hoffman.

October 2018
Conners held his own in the mix at the Sanderson Farms Championship. He was in 2nd place after 54 holes, 4 shots behind Cameron Champ and that’s how it finished after 72 holes with a final round 68. He said after the round he was proud of how he played under pressure that day.

March 2018
Corey’s first ever experience in the mix on the PGA Tour didn’t go so well. He took a 54-hole lead at the Valspar Championship, one stroke ahead of Justin Rose, Brandt Snedeker and none other than Tiger Woods. In the fourth round, he shot 77 to finish 16th place and admitted after it he felt “a lot tighter than usual”.

Summary
Conners performance in the mix has been quite varied and for that reason, his Golf Betting Club Pressure Performance Rating is set at 3 stars.

Unpredictable
Corey's two best weeks on tour both came after a MC in his previous event. Similar to Keegan Bradley, he just needs a hot putting week for it all to click, as he is one of the best tee to green.

Avoid when playing here
He has a poor Canadian Open record thus far, as do quite a lot of Canadians. There is a lot of pressure on them that week and media attention. For now, Conners can be opposed here until he shows some form.

Major's
Corey lead the 2019 Masters after 18 holes and followed that up in 2020 with a 10th place. Corey has stated that he is comfortable on Augusta greens and is learning more each time he plays there. He is already one of the best ball strikers on tour and we could easily see him contending at a Masters in future at a juicy price.

WGC's
He is also yet to contend at a WGC, however has a Top-20 at the HSBC Champions.

None. Although did win a six-man playoff on the 1st extra hole with a birdie, during a Monday qualifier for the Valero Texas Open – which he went on to win!


“I don't really mind when it's firm because I'm comfortable kind of fitting it into the fairway.”

BMW Championship, 2019
Q. This is a golf course that I would imagine to your eye looks really good, big golf course, opportunity to take advantage of your strengths.
“Definitely. Feel like driving the golf ball and iron play is a big strength of mine. Been putting really well lately. Really excited about that. If anything, I need to improve the next few days in driving a little bit better. Didn't get it in as many fairways as I would like. Really close, the ones I missed, and, overall, pretty solid and definitely love the golf course.”

Masters 2019
Q. What's your comfort level out on this golf course now? How do you feel when you're walking around?
“I feel really comfortable, especially on the greens. I have a lot to learn still. I feel I have quite a bit of knowledge but they are very difficult and finding the right lines is really tough. I tried to pick my lines and be committed to those. A couple putts I didn't play quite enough break on but starting to get more comfortable, starting to figure it out a little bit.”

“I think I felt really comfortable. I was almost surprised how comfortable and relaxed I felt last time. So I'm going to take a lot from that and just try and kind of settle into the round, be relaxed.”

Sanderson Farms Championship, 2018
“Played really steady all day. Yeah, capitalized on some chances; putted really well; had some good saves to keep me in it. Definitely proud of how I played. Yeah, definitely lots to build off of.”

Q. Having been in contention at the Valspar earlier. How much will you draw on that experience tomorrow?
“Yeah, definitely a lot to draw off. Learned a few things. Definitely a little bit tighter than I would've liked in that round; struggled on the greens a little bit. Actually, learned a lot the following week as well at the Dominican. I was in the final group just in contention with Brice Garnett and learned a lot from watching him. He played really well on Sunday. He was just really calm. Kind of took things slow. Stuck to his game plan. Didn't do anything special. Definitely took a lot from that experience as well watching how he did it. I think that'll definitely be key.”