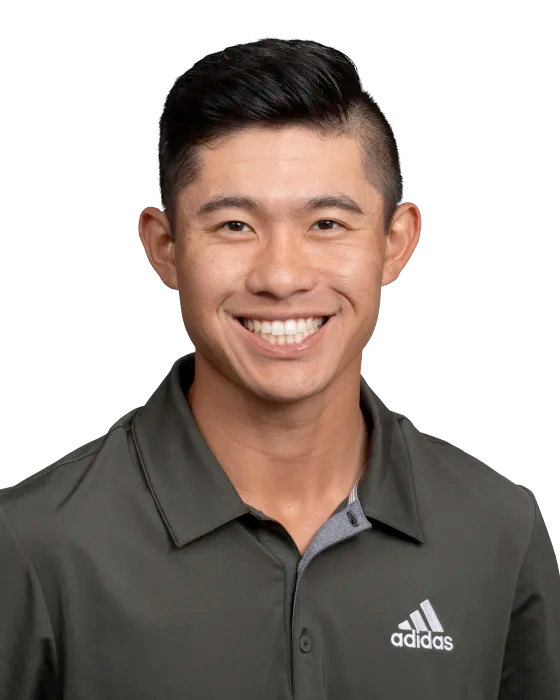 Collin is a former World Amateur number 1 who has quickly become one of the top players in the world after winning the PGA Championship in August 2020 and The Open Championship in 2021.

Turning pro in June 2019, Collin has made the transition to the professional game with ease, winning the Barracuda Championship in his 6th start as a professional. He's an exceptional all round golfer and likely to be a future world number 1.

Collin only turned pro in 2019.  He got engaged in December 2021 to cap a brilliant year on and off the course.

Summary
Collin has shown he can generally be trusted in contention but has been very poor recently, throwing away several big leads. His Golf Betting Club Pressure Performance Rating is set to ⭐⭐⭐​ on the basis of his record to date.

January 2023
❌Morikawa held a six stroke lead going into the final round of the Sentry Tournament of Champions.  Traded as low as 1.02 on Betfair when he went seven shots clear.  However, three consecutive bogeys on holes 14-16 (his first dropped shots of the week) cost him dearly and he would lose by two shots to Jon Rahm.

December 2021
❌ Held a 5 shot lead at the Hero World Challenge.  Lost two balls in his opening six holes and was trailing by the 6th hole.  Finished 5th.  A really poor effort, especially as a win would have sent to him to number 1 in the world golf rankings.

November 2021
✅ A final round 66 saw him win the DP World Tour Championship by three shots, overcoming a three shot deficit through 54 holes.

July 2021
✅ Collin as one shot back going into the final round of The Open Championship.  A brilliant 66 saw him win by two.

June 2021
✅ Began the final round of the Memorial tied for the lead with Patrick Cantlay. Shot 71 to tie Cantlay after 72 holes and then lost in playoff.

April 2021
❌ Entered the final round of the RBC Heritage in 2nd place but five strokes adrift of Stewart Cink.  A really disapointing 72 (joint worst of anyone in the top 17) saw him slip to 7th.

February 2021
✅ Began the final round of the 2021 WGC Workday Championship with a two shot lead. Looked comfortable all day and shot 69 to win by 3 shots. Wasn't really challenged by Koepka and Horschel.

August 2020
✅ Began the final round of the PGA Championship 2 shots behind Dustin Johnson and shot 64 to win by 2 shots. In particular, he made a spectacular eagle at the 15th hole after driving the par 4 to 5 foot. He was ice cool down the stretch.

July 2020
✅ Began the final round of the Workday Live Open 3 shots behind Justin Thomas after a disappointing Saturday round of 72 where he lost his 36 hole lead. Bounced back superbly on Sunday with a 66 to sneak into a playoff after Thomas could only manage a 69. Played admirably in the playoff to beat Thomas.

June 2020
➖ Began the final round of the Charles Schwab Challenge 1 shot behind Xander Schauffele in a bunched leaderboard after rounds of 64-67-67. Shot a final round 67 to tie Daniel Berger at the top however missed a 6 foot putt on the last to win outright. Went on to lose the playoff on the 1st extra hole following an iron into the rough and a missed 4 foot putt for par. It was a good final round performance in general however nerves definitely got the better of him on the 18th and the playoff.

July 2019
✅ His sole win at The Barracuda Championship came after trailing by 4 points (stableford format) with one round to go and he birdies four of the last five holes to take the title!

July 2019
✅ Performed well when holding the joint 54 hole lead at the 3M Championship, losing out to Matthew Wolff by a single shot.

Goes Best When Fresh
Prior to the 1st January 2021, Collin had notched 13 top 10 finishes in his short professional career.  Nine of those finishes came following at least a week off. He's obviously a very consistent golfer so we wouldn't put you off backing Collin in any tournament. However, it may yield greater dividends to back him when he's fresh after a week off and hungry for success.

Stays Hot
It's also worth noting that Collin's win at the Barracuda Championship was preceded by a 2nd and 4th place finish so he's a player that can stay hot for multiple weeks.  He finished 2021 with a run of 2-7-1-5 and also had a run of 2-4-71-1-4 in the summer.

Events to back Morikawa

Major's
Collin is destined for multiple major's with his excellent tempermant and all round game. A U.S. Open should come along soon and he is improving at the Masters with an 18th place in 2021.

DP World Tour Championship.
Winner here in 2021 without really getting out of third gear until the back nine on Sunday.

Collin was superb in his 2nd last playoff to defeat Justin Thomas, including a 24ft birdie putt to keep the playoff alive. However lost to Daniel Berger at the Charles Schwab on the 1st extra hole following an iron into the rough and a missed 4 foot putt for par. Also lost to Patrick Cantlay at Memorial most recently in 2021.

Lastly, a 2016 loss on the web.com Tour as an amateur.  We shouldn't be too critical of this given it was 3 years before he turned professional.

Workday Live Open, 2020
Q. I want to go back to Colonial. You missed a short one to extend the playoff with Daniel Berger and I talked to you immediately after that missed putt and you said, "I'm going to learn a lot from this." Did the education of that moment benefit you today?
COLLIN MORIKAWA: Definitely. You know, I still -- I don't think I was as comfortable as I wish I could have been on that first hole, but by the time we played that second hole playoff, I was very comfortable, and that's the most important thing out here being on the PGA TOUR a year and a half in is being comfortable. How many times can you put yourself in a playoff spot like this? But I finally felt comfortable on that second playoff hole, and I knew if I just kept going at it, we'd just keep putting pressure on him.
Q. There's some who question your putting. As you know, your putting stats are improving, but you made 24 birdies this week and two eagles, a huge eagle that I thought really jump started your round on the opening nine.
COLLIN MORIKAWA: Yeah, it was huge to make that eagle on 5. I just felt really good on the greens. Putter looked really good over setup, and it gave me a lot of confidence to go stroke the ball on the target. A lot of positives from this week.

2019 Barracuda Championship
Q. You told me yesterday if you could win a PGA TOUR event it would mean everything to you. When you were standing on that hill watching Troy's putt run by, what were your emotions?
COLLIN MORIKAWA: Speechless, my heart was beating really fast. It was just something I gotta get used to. And to be in that position is what I've wanted to do all summer. And to finally have the lead -- it was out of my control.

Q. What does this win do for you now? The world opens up for you. What do you think you have achieved?
COLLIN MORIKAWA: I think the gates are open. And I've been knocking on the door the past month or so and the game's felt really good.
I think when I got to hole 13, the par-5, I kind of got out of my rhythm. I didn't trust my shots, and I knew I was still in it. It took me a couple holes, but once I got to 16 I hit a really good shot. Just believed in myself and was able to hit some good shots and come through.